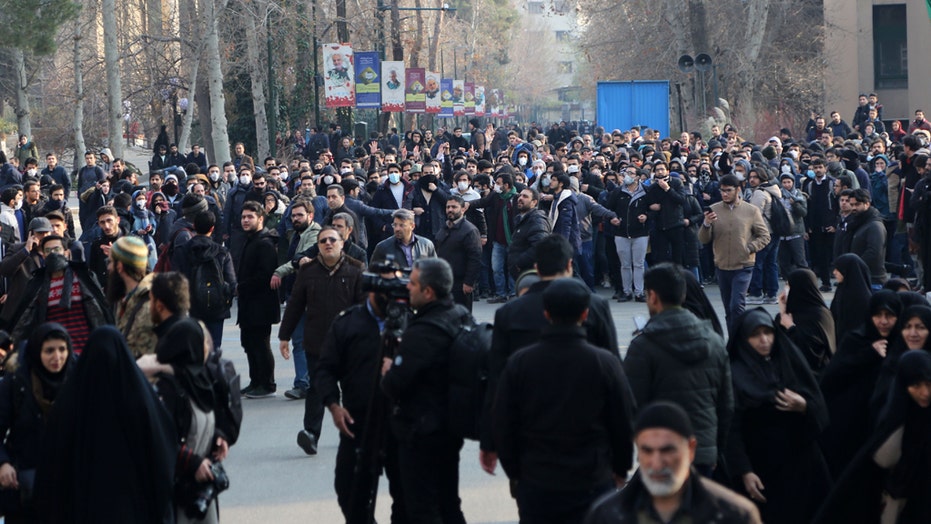 Courts in the Iranian city of Shiraz slapped a champion wrestler with a shocking penalty of two death sentences and whipping for protesting in 2018 against the Islamic Republic of Iran’s disastrous economic policies.

The sentencing against 27-year-old Navid Afkari has triggered widespread outrage from human rights activists, Iranian-Americans and a decorated American wrestler, who are demanding Terah's clerical rulers to stop the execution.

Afkari was reportedly part of the hundreds of protesters who took to the streets in anti-government demonstrations in several cities in August 2018. They were protesting the country’s worsening economic situation and inflation.

The news website Iran International reported on Saturday that Iran imposed two death sentences on Afkari as well as six years and six months in prison and 74 lashes.

One death sentence was imposed by a criminal court and one by a “revolutionary court.”

“This is what the Islamic Republic of Iran does to a mother. Her name is Behieh Namjou," Masih Alinejad, a prominent Iranian dissident and journalist, tweeted to her more than 200,000 followers. "The regime has sentenced her son Navid Afkari to death for a simply protesting [sic]. Her other sons are unjustly imprisoned. She’s gone from a cheerful and happy mother into a sad and gloomy mother.”

Afkari's brother Vahid received a sentence of 54 years and six months in prison and 74 lashes. A third brother, Habib, was given a prison term of 27 years and three months and 74 lashes.

In a video reviewed by Fox News, the brothers' mother denounced the sham trial against her sons.

"I'm desperately asking for help from anyone who can hear my voice," she said.

The Human Rights Activists News Agency (HRANA) published an image of a letter from Navid Afkari in which he said the Iranian authorities tortured him to force him to confess to the manufactured charges against him. His head was covered with a plastic bag and alcohol was poured into his nostrils as part of the torture, he said.

Navid Afkari, who also works as a plasterer, has won several wrestling medals in Iranian tournaments. Wrestling is a beloved sport in Iran, and Iranian athletes have distinguished themselves in international freestyle and Greco-Roman competitions.

Ben Askren, a former star mixed martial artist and Olympic wrestler, tweed about Iran’s sentence on Afkari: “This is what a real authoritarian regime look like.”

Politico’s chief European correspondent, Matthew Karnitschnig, wrote: “What’s the point of imposing two death sentences? They worried they might screw the first one up?”

The actress Nazanin Boniadi tweeted: “Champion wrestler Navid Afkari has been sentenced to death for participating in anti-government protests in Iran. Those close to him have said he was subjected to a forced confession under torture. Stop Executions In Iran.”

"World leaders led by Germany, France, and Japan should tell Ayatollah [to] cancel these death sentences or lose your economic lifelines," it tweeted.

The American Iranian public intellectual Mariam Memarsadeghi tweeted that “ One of wrestling’s best is facing execution in Iran. Navid Afkari’s only crime is love of country. With his 2 brothers he joined countrywide protests for freedom. Now Supreme Leader wants to use him to say no one can oppose his rule. Sports feds: please stand with us for justice!”