Israel’s Alternate Prime Minister Benny Gantz has said his party will vote to dissolve parliament, a move that could force a fourth election in under two years.

That coalition, which was only formed after three bitterly-fought elections between Netanyahu and Gantz failed to produce a clear winner, was plagued from the outset by in-fighting and recriminations. 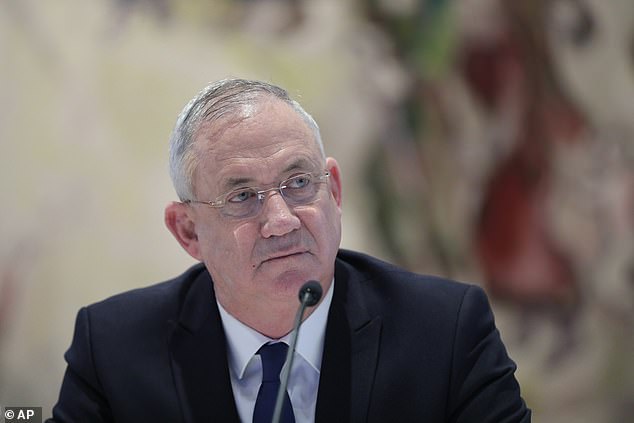 Israel’s Alternate Prime Minister Benny Gantz has said his party will vote to dissolve parliament, a move that could force a fourth election in under two years

Gantz, a former army chief serving as defence minister, said that Netanyahu’s refusal to support a budget proposal made clear that the premier wanted to take Israel back to the polls.

In a televised address he said that Blue and White ‘will vote tomorrow in favour of dissolving the Knesset (Israel’s parliament).’

Wednesday’s vote on an opposition-backed measure is however preliminary.

If it passes, it will still require at least two additional successful Knesset readings before a new election must be called.

Shortly before Gantz spoke, Netanyahu released a video on Twitter in which he urged Gantz to vote against the measure. 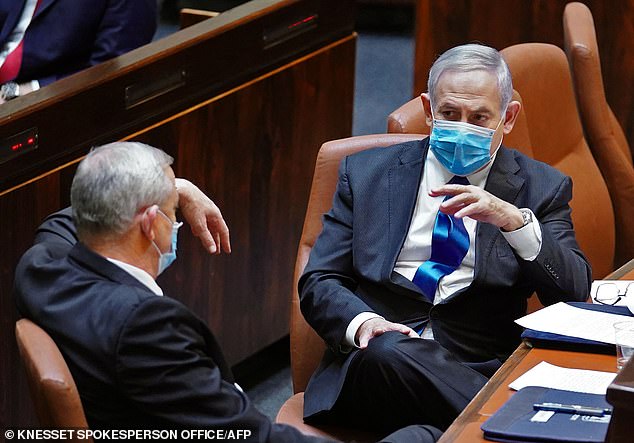 The Netanyahu-Gantz unity government, agreed in April, was in part aimed at providing Israel desperately-needed stability following the worst political crisis in its history and as the coronavirus pandemic was gathering pace.

Netanyahu was to serve as prime minister for the first half of the three year deal, with Gantz taking over in November 2021.

The deal included several provisions that would have automatically triggered the collapse of the coalition, including a failure to pass a budget.

Netanyahu’s critics accuse of him of refusing to pass a two-year budget as a tactic to ensure he is not forced to hand over the prime minister’s job to Gantz.