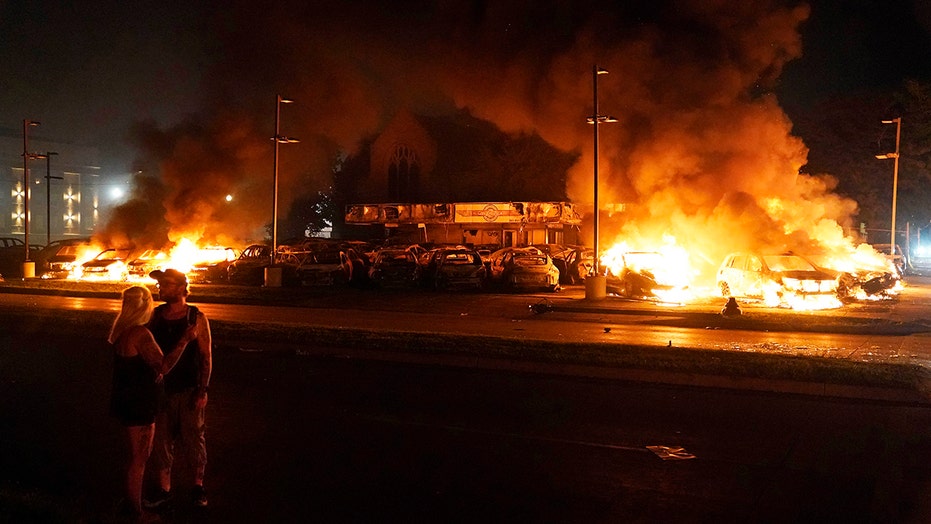 Jacob Blake, the man shot by Kenosha, Wis., police on Sunday during a confrontation caught on video, was left partially paralyzed and doctors can’t yet say whether the damage is permanent, his father reportedly said.

Blake’s father told the Chicago Sun-Times his son was shot eight times and is now paralyzed from the waist down after the Sunday evening confrontation with police, which was captured on cellphone video and has since led to two nights of unrest in the city located between Milwaukee and Chicago. Doctors are still working to determine whether the injuries that the 29-year-old suffered are permanent, according to the report.

The elder Blake, who is also named Jacob Blake, said the younger Blake was preparing to celebrate his son’s birthday on Sunday, according to the Sun-Times. Blake's father learned later that day that his son had been shot during a run-in with police in front of his three grandsons.

He said his son now has “eight holes” in his body. 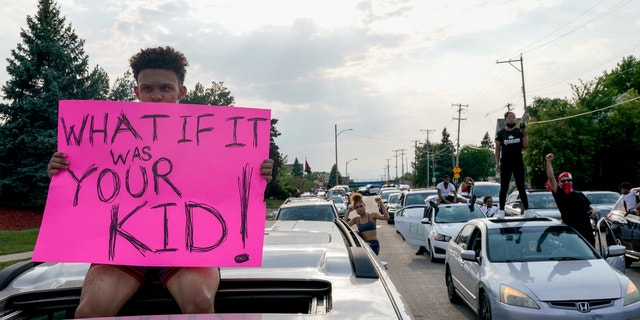 He spoke to the Sun-Times while he was driving from Charlotte, N.C., to Kenosha to see his son.

The father told the outlet that his son has three other kids who were not in the car at the time.

Blake’s grandfather, Jacob Blake Sr., was a prominent minister and civil rights leader in the Chicago area who helped organize a march and spoke in support of comprehensive housing law in Evanston, Ill., days after the 1968 assassination of the Rev. Martin Luther King Jr. 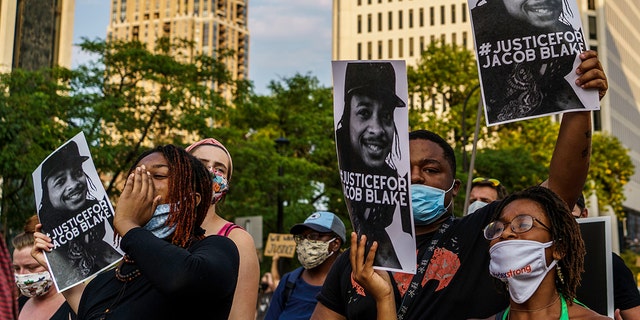 Protesters hold signs outside the Minneapolis 1st Police precinct during a demonstration against police brutality and racism on August 24, 2020, in Minneapolis, Minnesota.(KEREM YUCEL/AFP via Getty Images)

“I want to put my hand on my son’s cheek and kiss him on his forehead, and then I’ll be OK,” Jacob Blake's father reportedly said. “I’ll kiss him with my mask. The first thing I want to do is touch my son.”

Anger over the shooting spilled into the streets of Kenosha for a second night Monday, with police again firing tear gas at hundreds of protesters who defied a curfew, threw bottles and shot fireworks at law enforcement guarding the courthouse. The protests later devolved into riots, with people and groups setting fire to or looting local businesses — even a car dealership that bore a sign that read “Black Lives Matter.”

The shooting happened around 5 p.m. Sunday and was captured from across the street on the video posted online. Kenosha police do not have body cameras, but do have body microphones. 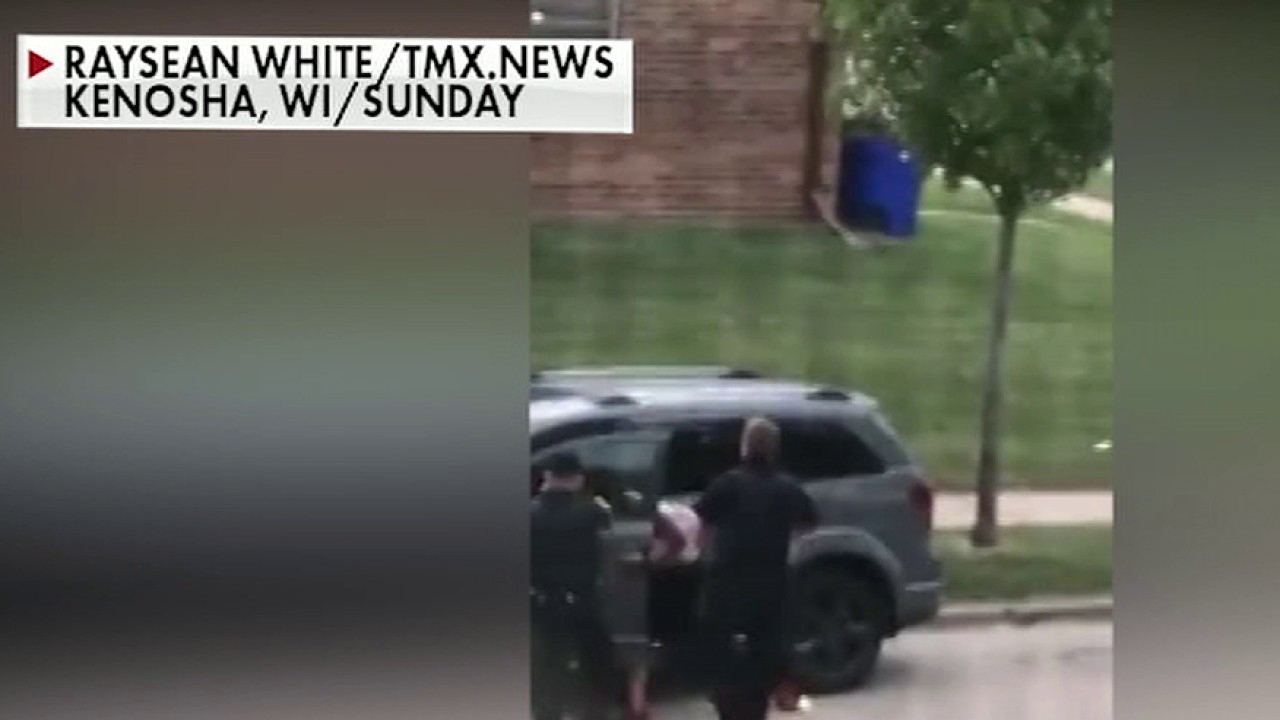 In the footage, Blake walks from the sidewalk around the front of his SUV to his driver-side door as officers follow him with their guns pointed and shout at him. As Blake opens the door and leans into the SUV, an officer grabs his shirt from behind and opens fire while Blake has his back turned. Seven shots can be heard, though it isn’t clear how many struck Blake or how many officers fired.

Raysean White, who said he made the video, said that before the gunfire, he looked out his window and saw six or seven women shouting at each other on the sidewalk. A few moments later, Blake drove up in his SUV and told his son, who was standing nearby, to get in the vehicle, according to White. White said Blake did not say anything to the women.

White said he left the window for a few minutes, and when he came back, saw three officers wrestling with Blake. One reportedly punched Blake in the ribs, and another used a stun gun on him, White said. He said Blake got free and started walking away as officers yelled about a knife.

Police did not immediately confirm either man's account. Crump also represents the families of George Floyd and Breonna Taylor.

Blake’s partner, Laquisha Booker, told NBC’s Milwaukee affiliate, WTMJ-TV, that the couple’s three children were in the backseat of the SUV when police shot him.

“That man just literally grabbed him by his shirt and looked the other way and was just shooting him. With the kids in the back screaming. Screaming,” Booker said.

Online court records indicate Kenosha County prosecutors charged Blake on July 6 with sexual assault, trespassing and disorderly conduct in connection with domestic abuse. An arrest warrant was issued the following day. The records contain no further details and do not list an attorney for Blake.

It was unclear whether that case had anything to do with the shooting.