Home » World News » Joe Biden: 'It Ain't Over Until Every Vote Is Counted'

Joe Biden: 'It Ain't Over Until Every Vote Is Counted'

While many Americans sit glued to computer screens, cell phones, and televisions across the nation, nervous that Donald Trump might pull a 2016 and win this thing, former Vice President Joe Biden told supporters in Delaware to keep calm. It’s not over yet.

“We believe we are on track to win this election… keep the faith,” the Democratic presidential nominee told a cheering crowd in his home town of Wilmington. “It ain’t over until every vote is counted.”

He continued, “We knew because of the unprecedented early vote, the mail in vote, that it would take awhile. We have to be patient.”

“We’re feeling good about where we are,” he said, before telling the crowd, “And by the way, we’re going to win Pennsylvania.”

Former President Barack Obama clawed his way to victory in Pennsylvania twice. At the time, pundits predicted that there were “Reagan Democrats” just waiting to vote for Trump.

They were right. In 2016, Trump turned three counties in the state—Luzerne, Erie and Northhampton—red.

But Biden is not deterred.

“Every time I’d walk down to my grandpa’s house up in Scranton, he’d yell, ‘Joey, keep the faith.’ And my grandma when she was alive would say, ‘No, Joey, spread it.’”

Speaking from the White House early Wednesday morning, President Donald Trump complained of voter suppression and said the race, allegedly moving in his favor, was still “not even close.” This mirrored one of his tweets early Tuesday night: “We are up BIG, but they are trying to STEAL the Election. We will never let them do it. Votes cannot be cast after the Polls are closed!” 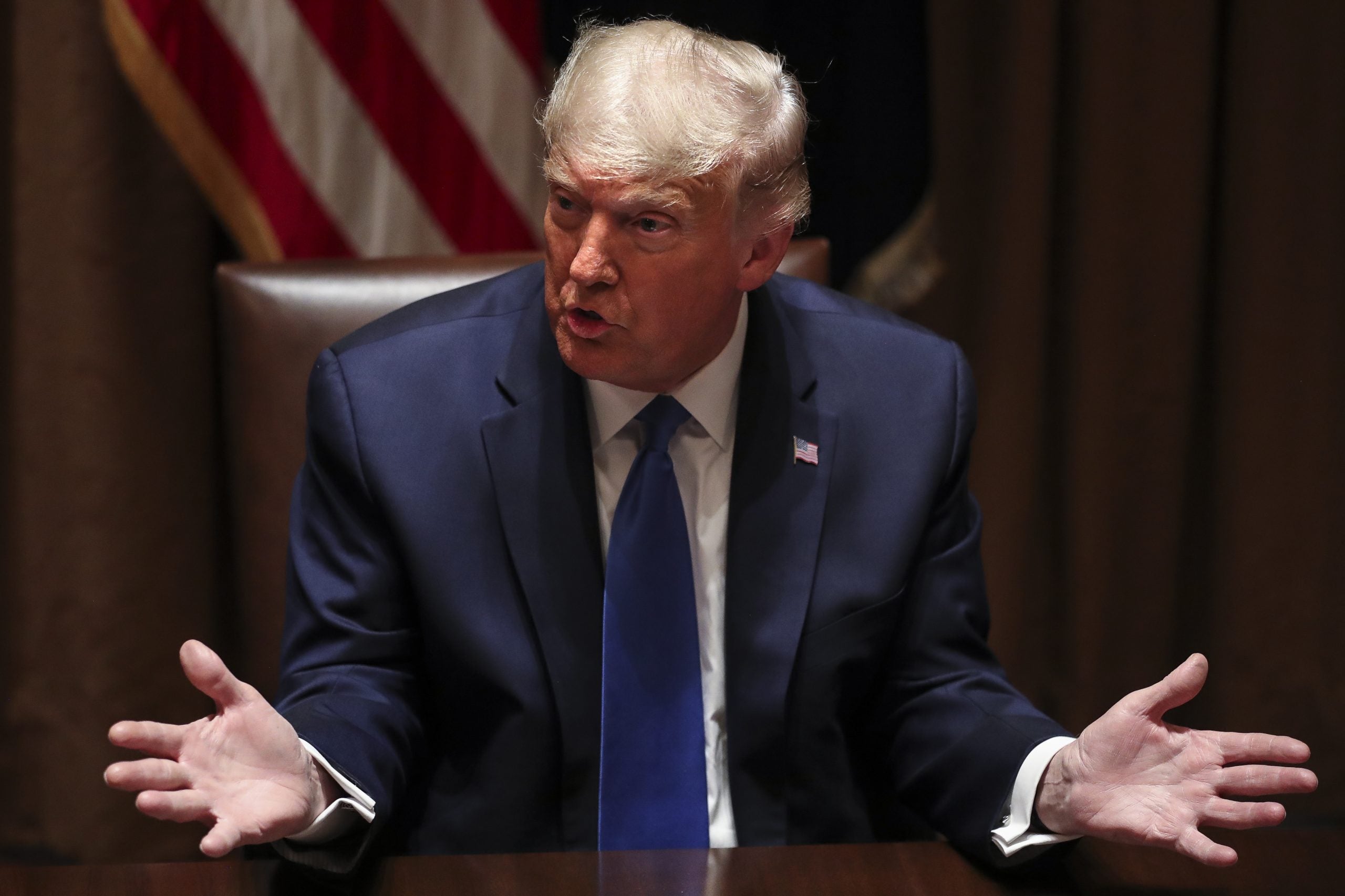