Joe Lycett accuses FA of 'pretending to be allies of LGBT'

Joe Lycett has accused the Football Association (FA) of ‘pretending to be allies of the LGBT community’ until it becomes inconvenient.

The comedian, 34, said he had ‘some conversations’ with the English governing body.

The conversations came after he pulled a stunt in which he threatened to destroy £10,000 of his own money unless David Beckham pulled out of his deal with World Cup hosts Qatar, where homosexuality is still illegal.

Last month, Lycett released the video which controversially appeared to show him shredding the cash but later revealed it was a hoax and he had already donated the money to LGBTQ+ charities. 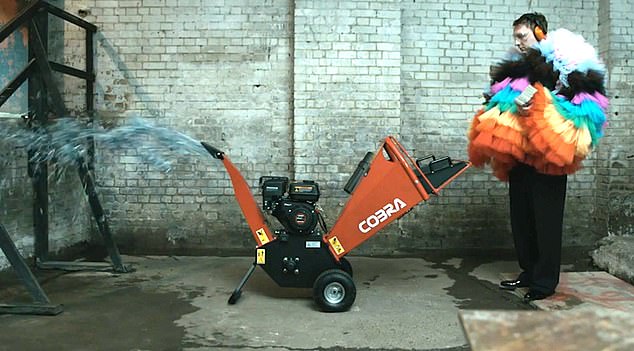 Joe Lycett (pictured), 34, said that although Beckham has previously been a vocal supporter of gay rights, he has signed a reported £10 million deal with ‘one of the worst places in the world to be gay’. Lycett has since said the FA is ‘pretending to be allies of the LGBT community’ until it becomes ‘inconvenient’ 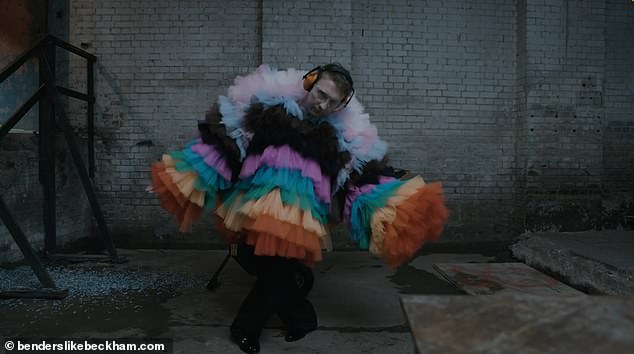 Mr Lycett then walked into shot wearing a fluffy rainbow jacket and put each wad of cash into the shredder, before posing in front of the camera and walking out of frame

Speaking on Times Radio, the Birmingham-born stand-up and presenter admitted he ‘always knew’ he would never hear from Beckham.

He said he was ‘trying to get hold of his number that week and just see if I could just ring him’.

He added that ‘certain people get so famous’ that ‘actually they don’t have a number, they just have people nearby who hold a phone for them and all that.

‘I kind of knew I wouldn’t ever hear from him.’

Lycett said Beckham is ‘a perfect kind of emblem’ of the way ‘a lot of brands particularly, and a lot of institutions, pretend to be allies of the LGBT community until it’s inconvenient for them’.

‘And I would add the FA into that group actually,’ he said.

‘I had some conversations with the FA and they had sort of directed me to their statement about the One Love armband and how proud they were of all that.

At the start of the contest, England and Wales, along with other European nations, announced they would not be wearing the anti-discrimination One Love rainbow armbands after governing body Fifa threatened sporting sanctions. 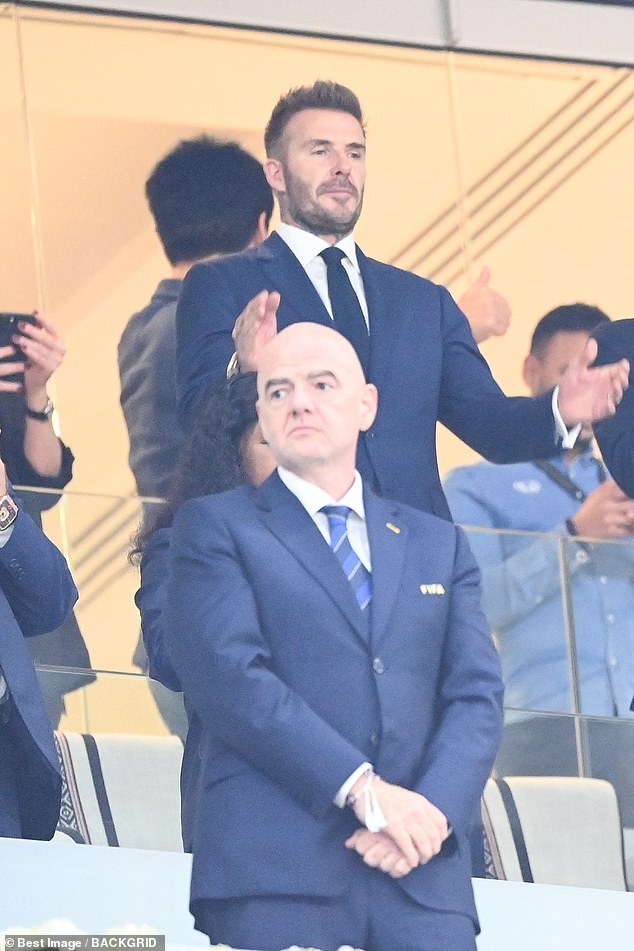 The Birmingham-born stand-up and presenter, Joe Lycett, admitted he ‘always knew’ he would never hear from Beckham (pictured behind FIFA president Gianni Infantino) 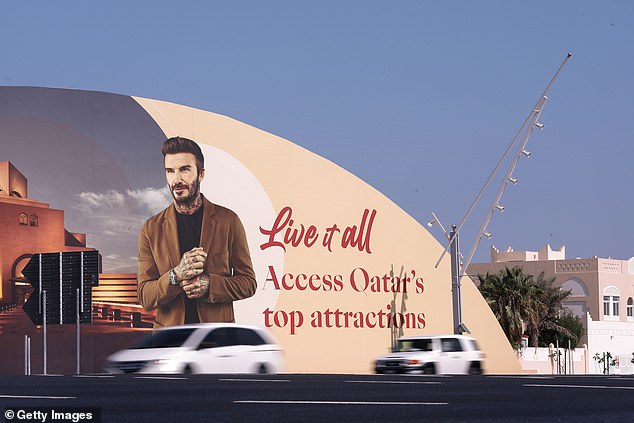 Beckham, who signed a £10million deal with the FIFA World Cup in Qatar has faced backlash due to the country’s human rights record and homophobia

Lycett said: ‘I won’t attack any of the footballers and all that because actually they might never get to do a World Cup again and it’s their careers.

‘I think fair play to them. They’re in a really tricky situation and I’m sure they’ve all got individual opinions on it.

Lycett previously said Beckham’s team had reached out to him about the stunt but that he was ‘not satisfied’ with the discussions.

Dismissing the idea he might stand as a Labour MP, he said: ‘I noticed that Keir Starmer referred to me as ‘somebody’ in the House of Commons and then completely butchered what I’d done with the David Beckham stuff.

Representatives of Beckham and the FA have been contacted for comment.