Jurors could take part in trials over ZOOM

Jurors could take part in trials over Zoom in a bid to clear a backlog of court cases exacerbated by the coronavirus pandemic.

The Justice Secretary said the idea was being considered as he was ‘going to have to use every tool in the book’ to get the justice system moving again.

Other options already being discussed include reducing the number of jurors from 12 to seven and to have some trials heard by just a judge and two magistrates. 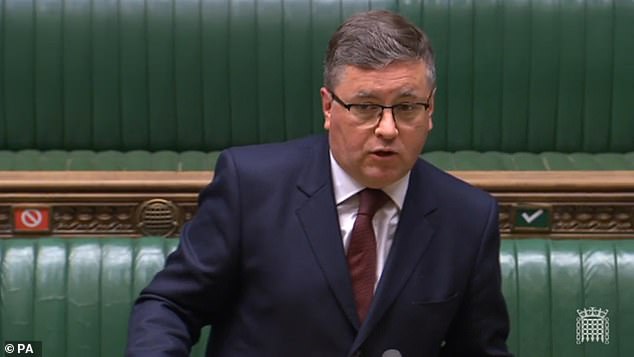 Justice Secretary Robert Buckland, pictured, said he was considering allowing juries to sit in on trials over Zoom to allow the court system to resume hearing cases 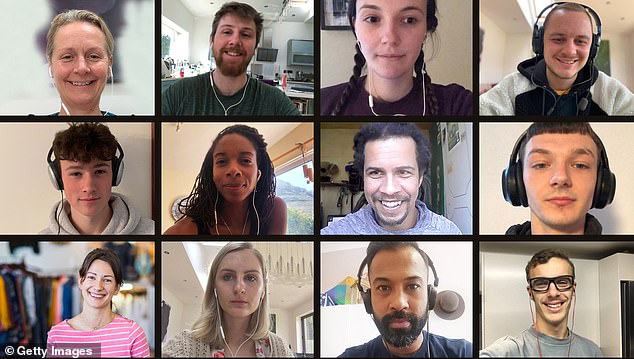 Speaking on BBC Radio 4’s Political Thinking With Nick Robinson programme, Robert Buckland said he was ‘very attracted’ by the idea of smaller juries, as were used during the Second World War, with numbers cut to seven except for murder and treason cases.

He added: ‘Also the Zoom trial, the Zoom jury where twelve men and women all sitting together in one place remotely, working together but viewing all the evidence.

‘I’ve seen a lot of mock trials taking place and spoken to the participants and have been impressed by the work that’s been done there.

‘I’m going to have to use every tool in the book in order to deliver the swift justice that victims, witnesses and the public would want us to see if they are to have continuing confidence in our court system.’

As the Covid-19 outbreak took hold prosecutors were urged to delay bringing some charges to court to avoid clogging up the system. It was also suggested that some suspects could be released on bail for longer periods before they were due to face charges to help the system cope.

Meanwhile barristers claimed justice had ‘ground to a halt’.

Last month the head of the judiciary in England and Wales the Lord Chief Justice, Lord Burnett, said new laws to change the way jury trials are conducted may be needed as around 1,000 a month are being added to the backlog of cases during the crisis.

A handful of crown courts in England and Wales have now reopened for trials with strict social distancing measures in place but the majority of hearings are still being held online or having to be postponed.

Labour has called for trials to take place in empty university lecture halls, schools and leisure centres to help an ‘incapacitated system’ and said the Government needs an emergency plan to maintain open justice and make sure there are lasting improvements after the pandemic.

Online streaming of court cases should become the norm so the justice system is more open, transparent and fair, the opposition party also said.

Mr Buckland told the programme ‘Nightingale courts’ were being developed and the Government was ‘looking for civic centres’ and other buildings to use.

He added: ‘But we need to do more and I want to go further than just managing the caseload, bearing in mind the caseload has increased somewhat and we need to eat into that and that will take quite a few months this year and next year.

‘So I am indeed actively examining potential change, but limiting it for the period that would be strictly necessary and not the sort of change that would in any way be permanent or would be allowed to be permanent by Parliament.’

The full podcast will be published on Friday, and Political Thinking will air on Radio 4 on Saturday at 5.30pm.