Yes, he is successfully dragging his party out of the Corbyn abyss — and handled his infantile hard-left hecklers well enough. 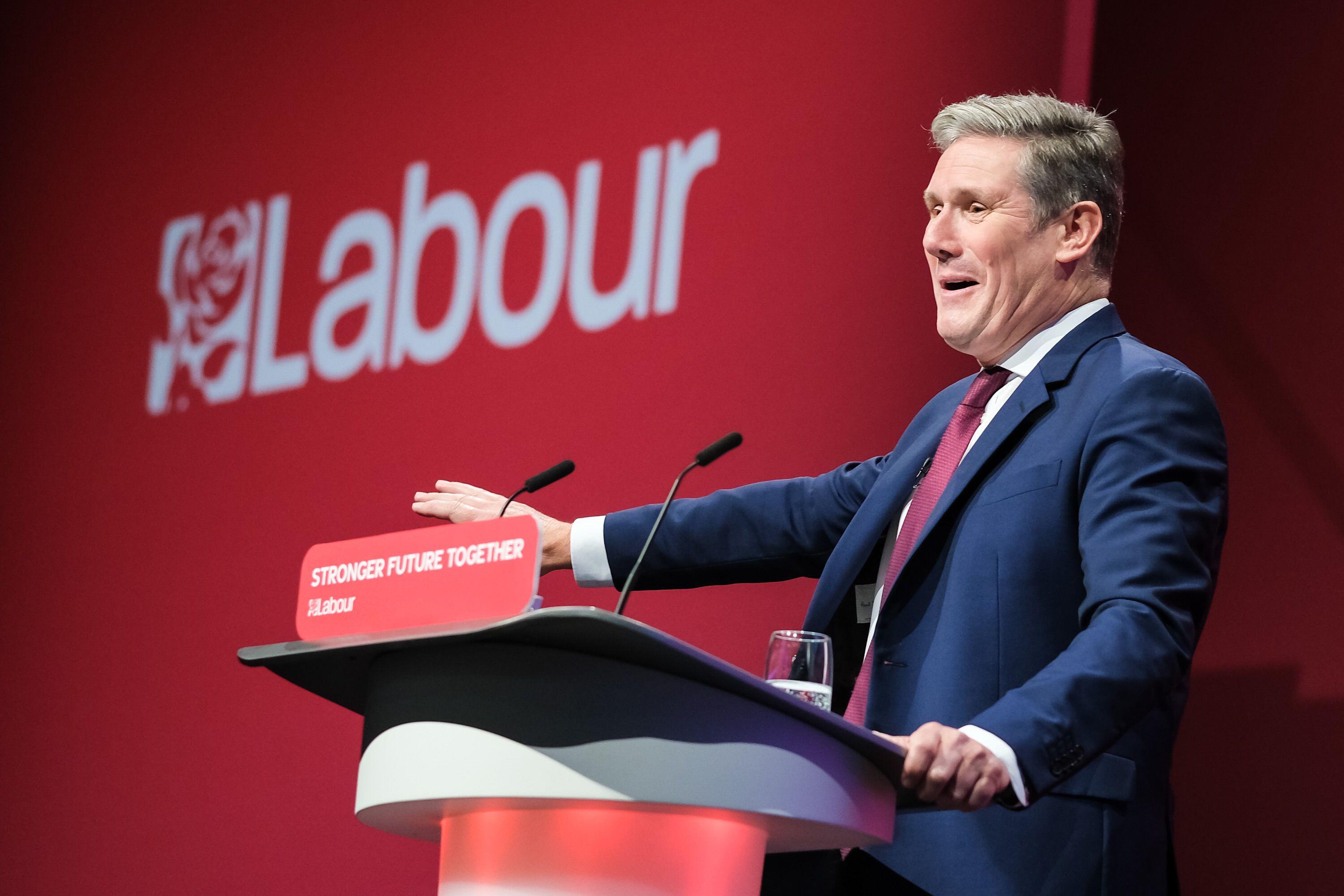 But voters will wonder what’s in him beyond electoral calculation.

When Corbyn had a sniff of power, most decent Labour figures fled.

Starmer fought for the Marxists to the end.

Now, the architect of Corbyn’s fatal pro-EU strategy wants to “make Brexit work”. Now Labour, which sneered at the St George flag, is patriotic and loves our armed forces.

Saying it, Keir, doesn’t make it so.

His speech was as woolly as his recent 11,500-word essay.

One welcome pledge not to hammer working people must therefore mean funding every new commitment from greater borrowing or “taxing the rich” . . . again and again, Corbyn-style.

A rash vow to insulate all homes by 2030 delighted the imbecilic eco fantasists glued to the M25. They’re Team Keir now.

Starmer can’t stand Tories. They apparently trashed the golden “New Labour” era which he longs to relive and from which he steals his slogans.

And Starmer’s moralising — insisting he is a better and nobler person than Boris Johnson — is a mistake too. Boris’s flaws make him appealingly normal.

Starmer’s job is safe and the hard-Left look beaten. He’ll take that.

But this dull speech leaves him a very long way from looking like a PM in waiting.