THIRTEEN cops have been injured after Kill the Bill protests in Bristol city centre, with officers attacked with bottles and paint.

Police said 50 people gathered outside a house in the city last night after peaceful protests against the Government's Police, Crime, Sentencing and Courts Bill earlier in the day.

The crowd were told to leave – but instead some threw bottles, cans of paint and eggs at officers.

A total of 13 officers were hurt, and two people were arrested.

Both are still in custody.

Chief Inspector Rob Cheeseman said: “It’s wholly unacceptable for officers to be subjected to any form of assault and it’s very disappointing to see a small minority using bottles, cans and other missiles to target both officers and police horses in this way.

Thousands of ‘Kill the Bill’ protesters yesterday marched through cities across the UK against plans to increase police powers.

Demonstrators gathered in huge crowds in 40 towns and cities in opposition to the proposed Police, Crime Sentencing and Courts Bill.

The legislation would give police in England and Wales more power to clamp down on non-violent protests, and would criminalise marches deemed a “public nuisance”.

Protesters gathered in huge numbers in Trafalgar Square in central London, while hundreds also joined marches in Manchester, Edinburgh, Leeds and Sheffield among other cities.

Nine people were arrested in London during the protests, the Metropolitan Police confirmed last night.

In Newcastle, demonstrators faced off against officers who blocked them from accessing a police station.

One witness said: "Police closed the road and stopped access, there were a couple of scuffles and a few protestors were detained.

"After 30 minutes or so the protestors seemed to realise they wouldn't get through so moved on."

It comes after there were violent and dramatic clashes in the city earlier this year.

In March, protestors were arrested as riot cops were forced to use shields to push back thousands of booing demonstrators who threw fireworks along with bottles and eggs at police.

The chaotic scenes saw a number of arrests as the protesters and more than 100 cops faced off in the streets.

Boris Johnson called the attacks against officers "disgraceful" giving the city and the police his "full support."

"Our officers should not have to face having bricks, bottles and fireworks being thrown at them by a mob intent on violence and causing damage to property.

"The police and the city have my full support."

And the Home Secretary shamed the 'troublesome' demonstrators, saying: "I am disgusted by the disorder in Bristol and the violence being directed towards the police.

"I’m in no doubt the silent, law-abiding majority will be appalled by the actions of this criminal minority. 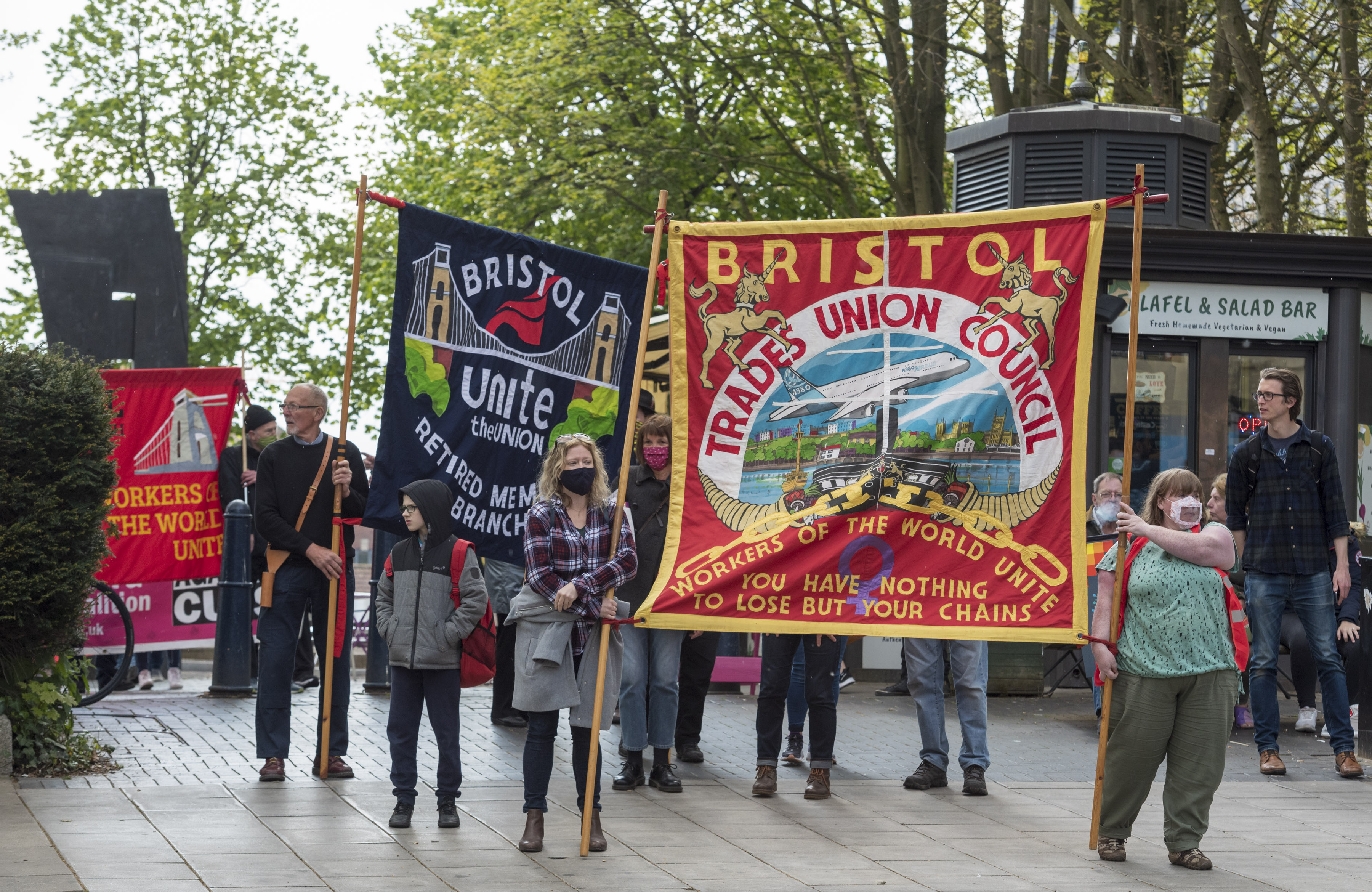