Laurence Fox has declared that he is running for London Mayor in a war on ‘extreme political correctness’.

The 42-year-old actor, who launched the Reclaim Party last year to fight the ‘culture wars’, vowed to ‘offer a voice to those being dominated into silence’.

He will stand against Sadiq Khan in the 2021 London mayoral elections, which will be held on May 6, and campaign to end lockdown for that same month.

Currently, the last remaining lockdown rules in England are set to be lifted by June 21 under Boris Johnson’s roadmap to the end of restrictions, but this is subject to change.

Mr Fox’s views on lifting lockdown come in stark contrast to that of Mr Khan, who previously urged the Prime Minister to ignore ‘shouting and hectoring’ from Conservative backbenchers and reject calls for a swift easing of national curbs. 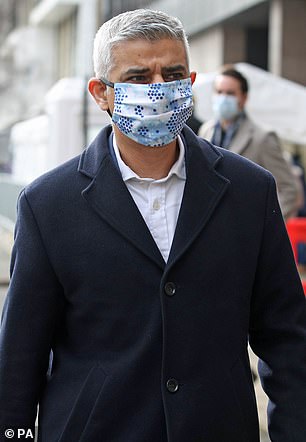 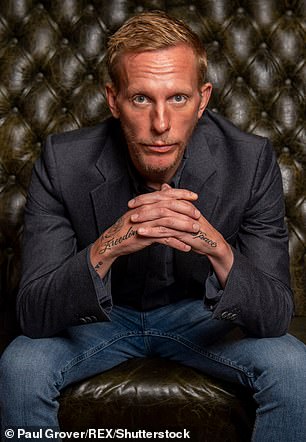 Laurence Fox (right), 42, will stand against Sadiq Khan (left) in the 2021 London mayoral elections, which will be held on May 6, and campaign to end lockdown for that same month

Mr Fox told The Telegraph: ‘I am standing for London Mayor. With almost all older and vulnerable people having got their jab, I want the lockdown lifted straight away.’

He added that, despite the Government saying vaccines are working with hospitalisations and deaths falling, people are still being told they cannot get back to normal until mid-summer at the earliest.

His campaign will be completely funded by one donation from ex-political donor Jeremy Hosking, who ranked number 351 in the Sunday Times’ 2019 Rich List.

Writing for the paper, Mr Fox referred to the tearing down of statues as part of the Black Lives Matter movement and accused the London Mayor of attempting to ‘strip us our our history’, saying ‘this extreme political correctness must be resisted’.

The actor then announced that he is a candidate to be the next Mayor of the capital city, adding: ‘I look forward to speaking up for those who are being dominated into silence.’

It follows Mr Fox being dropped by his acting agent after being embroiled in Twitter spats with a number of people who called him a ‘racist’ last October. 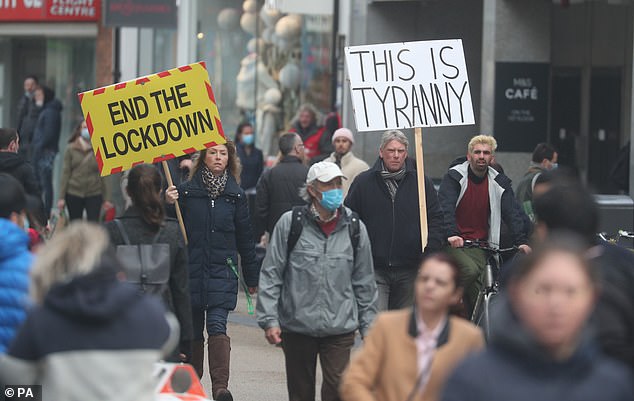 People walk with banners during a demonstration in Oxford, England, to protest against coronavirus lockdown restrictions in December last year

He accused Sainsbury’s of ‘promoting racial segregation and discrimination’ and promised to boycott the supermarket chain after it promoted Black History Month.

As he faced a backlash, he clapped back at people ‘falsely accusing him of racism’ by retaliating with unsubstantiated claims calling them ‘paedophiles’.

He later removed the post, writing at the time: ‘I have deleted the tweets posted yesterday, in response to being repeatedly, continuously and falsely smeared as a racist.’ 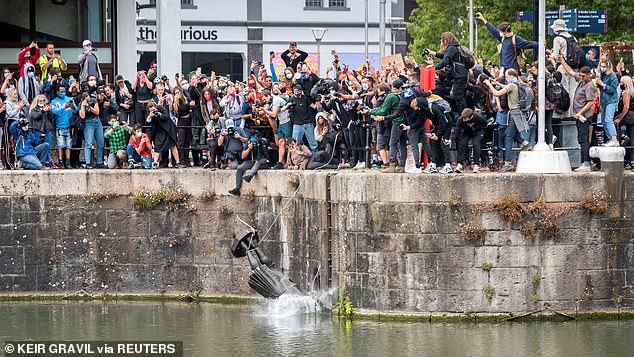 Mr Fox referred to the tearing down of statues as part of the Black Lives Matter movement and accused the London Mayor of attempting to ‘strip us our our history’ (pictured: the statue of 17th century slave trader Edward Colston falling into the water in Bristol)

One month earlier, Fox launched The Reclaim Party – to fight for freedom of speech, ‘reclaim British values’ and challenge what he regards as a ‘culture war’ taking place in Britain.

The party commissioned a poll which found that half of Britons fear freedom of speech is ‘under threat’ in the UK.

Mr Fox previously told The Sunday Telegraph that the results of the survey – which saw Savanta ComRes interview 2,119 British adults between February 5 and 7 – were ‘alarming’.

He said ‘woke’ beliefs sought to ‘tear down our statues, rewrite our proud history [and] stand in opposition to the tolerant, fair and free society our ancestors gave their lives for’.