Lawyers call for an end to mandatory quarantine for new prisoners

Human rights lawyers are calling for an end to 14-day mandatory quarantine for Victorian prisoners when they first enter jail because there's no COVID-19 in the community.

The government introduced protective quarantine at the start of the pandemic, separating new inmates from the main prison population for a two-week period to prevent an outbreak in the system. 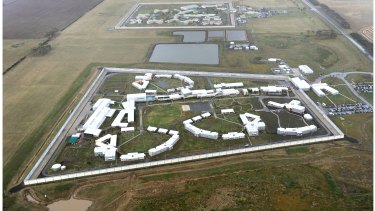 "Protective quarantine is too often code for solitary confinement, which is an inhuman and degrading practice known to inflict long term and irreversible harm on people," Ms Hurley said.

People in protective quarantine are likely to have been spending 22 hours or more in a confined space, Ms Hurley said, and there had been reports of men allowed just 15 minutes out of a cell a day.

Ms Hutchins said the quarantine process remains in place to ensure the safety and wellbeing of prisoners and staff.

"Given the high risk coronavirus poses in closed environments such as prisons, it is entirely appropriate that we take a cautious approach to determining when and how further restrictions will be eased," she said.

In exchange for the measure, inmates could apply to have days taken off their sentences.

Prisons, because of the close quarters and turnover of staff and inmates, are vulnerable to coronavirus and can become hotspots, which happened in the American state of Illinois in April when almost 16 per cent of cases were attributed to a single jail. 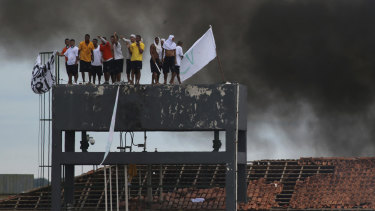 Inmates at the Puraquequara prison in Manaus, Brazil, stand on a water tower as they protest against bad conditions and restrictions on family visits put in place to curb the spread of the coronavirus.Credit:AP Photo/Edmar Barros

Some prisons in countries such as the United States and the United Kingdom released inmates early to reduce their numbers inside to decrease the risk of transmission.

The Victorian government opted to establish protective quarantine, along with testing, in the state's adult and juvenile jails.

Face-to-face visits were also suspended, but are due to resume on Friday.

According to the government, 24 adults prisoners tested positive to COVID-19 while in protective quarantine since July. Most were asymptomatic and some tested positive three days before they were due to be allowed in the general prison.

There has been no prisoner to prisoner transmission of COVID-19, the government said, adding those in protective quarantine received higher levels of support.

Two week quarantine ended in youth justice centres on November 30. Young people entering custody are instead tested and kept in isolation until they return a negative test result.