One of the most senior and respected figures in British karate is being investigated by police over alleged historical sex offences involving multiple victims.

Andrew Sherry, 77, was the chairman and chief instructor for the Karate Union of Great Britain (KUGB) until March, when it was announced he was retiring for personal reasons.

A source who knows Mr Sherry described the instructor and former European and national champion as a ‘God’ of the discipline, adding: ‘The allegations have rocked the sport and have the potential to have the same impact in the karate world as the recent football sex abuse scandal had in that sport.’

But Mr Sherry told the Daily Mail the allegations were ‘malicious’ and had arisen because of ‘politics’ in karate circles. 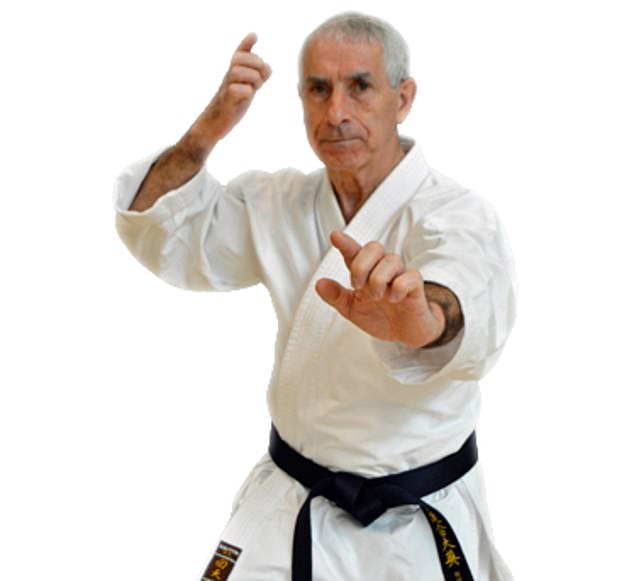 Andrew Sherry, 77, who was the chairman and chief instructor for the Karate Union of Great Britain until March, is being investigated over alleged historical sex offences involving multiple victims

Speaking from his bungalow, in West Derby, Liverpool, he said they had been made by ‘multiple individuals’ who were out to damage his reputation and that of karate.

Mr Sherry admitted he had been interviewed by police ‘voluntarily’ but denied any wrongdoing. ‘I’ve never been arrested,’ he said.

‘There’s an agenda to do with the politics of karate… people who have a grudge against me and the organisation.’

In 1966 Mr Sherry became the first person in Great Britain to be awarded a black belt in Shotokan karate.

That same year he won the first British all-styles championship, beating competitors from all of Britain’s karate variants.

In 1968 he became European champion in kumite – one of the three main areas of karate training alongside kata and kihon – and won the first four KUGB karate competitions between 1967 and 1970.

Mr Sherry retired from competition in 1977 and began concentrating on coaching.

In 1990 he led the KUGB to victory at the World Shotokan Karate Championships, a feat which was repeated the following year. 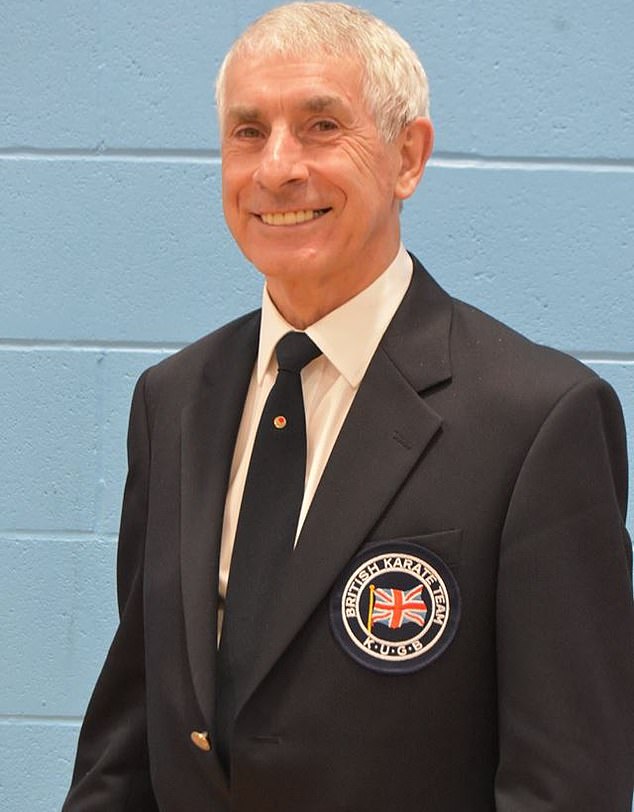 Mr Sherry, from West Derby, Liverpool, said the allegations were ‘malicious’ and had arisen because of ‘politics’ in karate circles

In 2007, under his guidance, the England squad won European and World titles.

Karate is currently enjoying a renewed interest as a result of the success of Netflix’s Cobra Kai – a TV episodic sequel to the 1980s Karate Kid films.

A Merseyside Police spokesman said: ‘We can confirm that a West Derby man is under investigation by detectives in connection with allegations of historical sexual offences.

‘The 77-year-old man has voluntarily attended for interview and remains under investigation pending further inquiries.’

In March, an independent review into historical child sexual abuse in football between 1970 and 2005 found the Football Association ‘did not do enough to keep children safe’.

The scandal, which enveloped scouts and coaches at clubs from Celtic to Bournemouth, unfolded after former Crewe player Andy Woodward went public over sexual abuse he suffered as a child at the hands of coach Barry Bennell.

Bennell is now serving a 34-year jail term for abusing boys between 1979 and 1991 while at Crewe and Manchester City.