THIS is the shocking moment a thug spat on a woman having a picnic with friends in Hyde Park yesterday.

Footage of the incident shows a huge gang of yobs walking through the park towards the friends before surrounding them and hurling abuse. 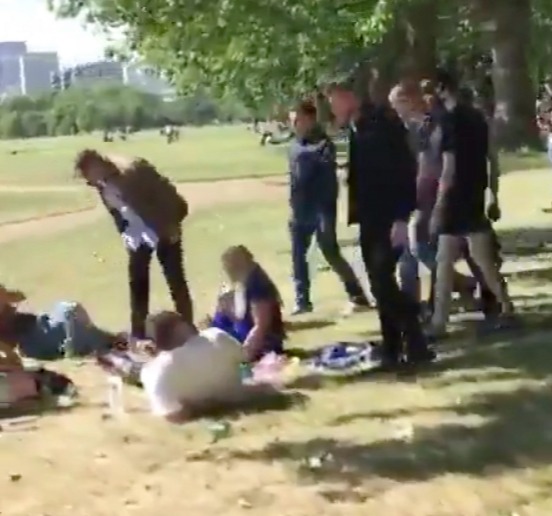 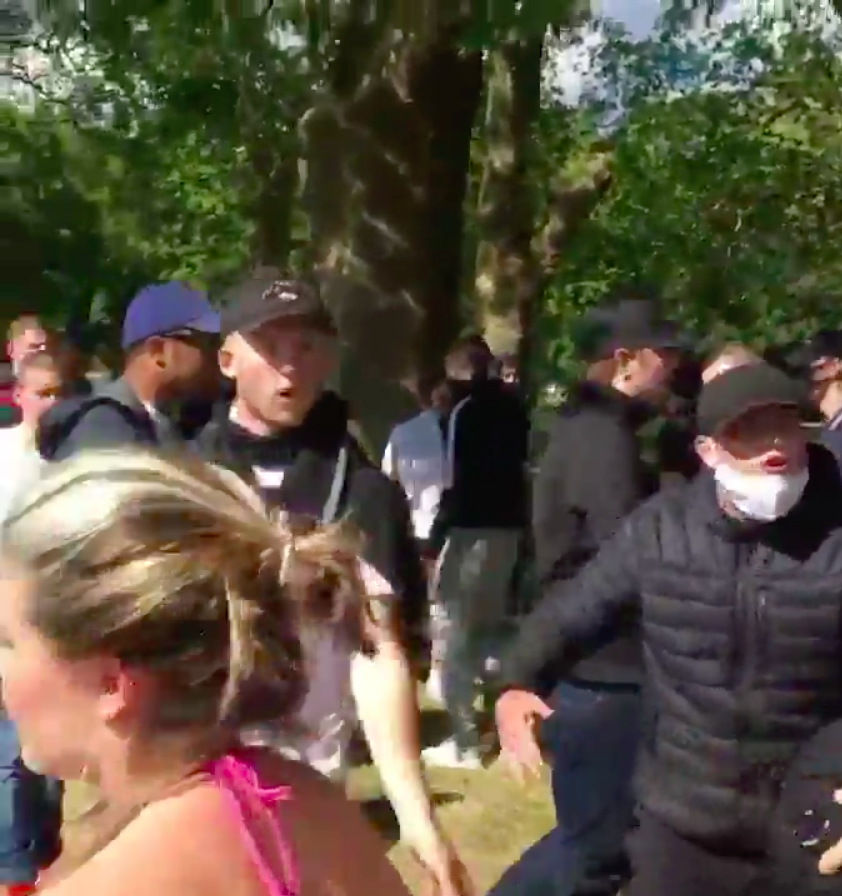 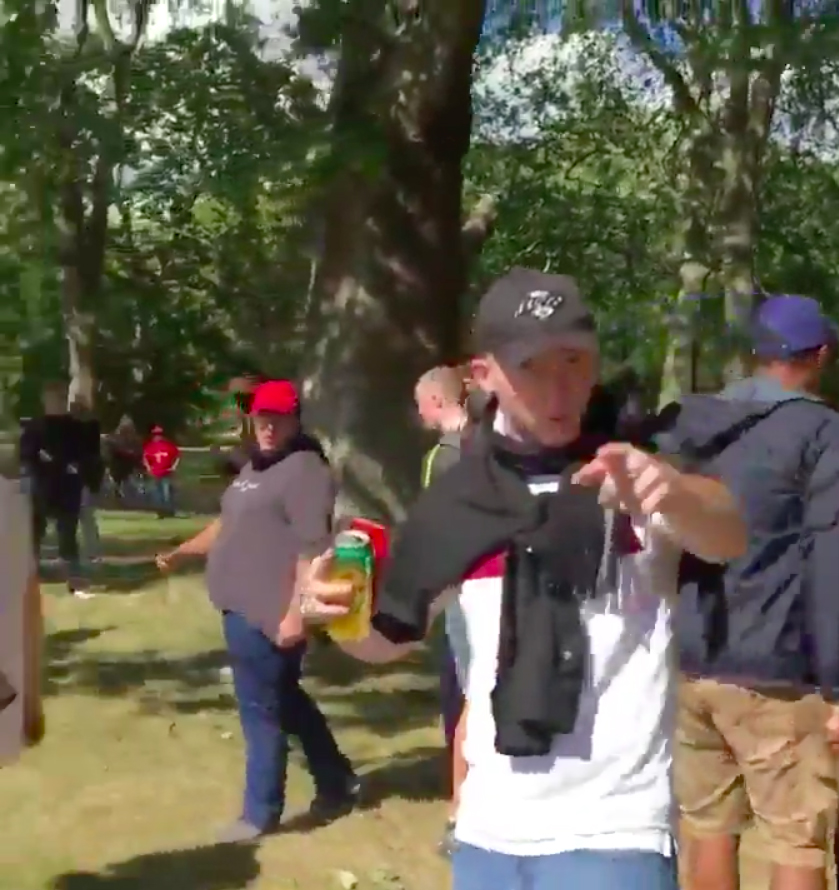 One of the woman was shoved and spat on, while an attacker can be seen kicking out at clothing on the ground.

The terrified victims can be seen trying to get away as the thugs swear and lash out.

It's not known if the men who attacked the friends were protesting.

For much of the day, gangs of men fought running battles with rival activists and charged at riot cops.

More than 100 were arrested.

There were ugly scenes throughout the day as groups of men tried to get to Black Lives Matter protesters while police tried to block them.

Eventually, despite the efforts of officers, the two groups clashed.

Crowds of pro-statue campaigners surrounded the monument of Winston Churchill before heading for the Cenotaph, where they rushed up to the police blockade and pelted them with bottles and cans while chanting.

The group, made up of war veterans, football fans and far-right organisations including Britain First, joined together in clear breach of social-distancing guidelines.

Flares and smoke bombs were thrown and fights broke out.

Amid the violence, a white man thought to be with the group claiming its mission was to protect London statues was slammed for urinating on PC Keith Palmer's memorial.

MP Tobias Ellwood shared a photograph of the disgusting incident on Twitter today – and called for help to identify the culprit.

PC Palmer was knifed to death by a terrorist during the Westminster attack.

Following the scenes in the capital yesterday, six people were taken to hospital in the London scuffles, and 15 people treated by the London Ambulance Service – with six police officers injured.

At the same time, lonely Brits were taking advantage of new 'support bubbles' that allow them to meet up with people from different households.

The relaxation of lockdown law – which allows single people living alone or with children under 18 to meet up with another family or household – came into effect yesterday.

And as temperatures hit around 21C, many flocked to parks and beaches to see friends and family. 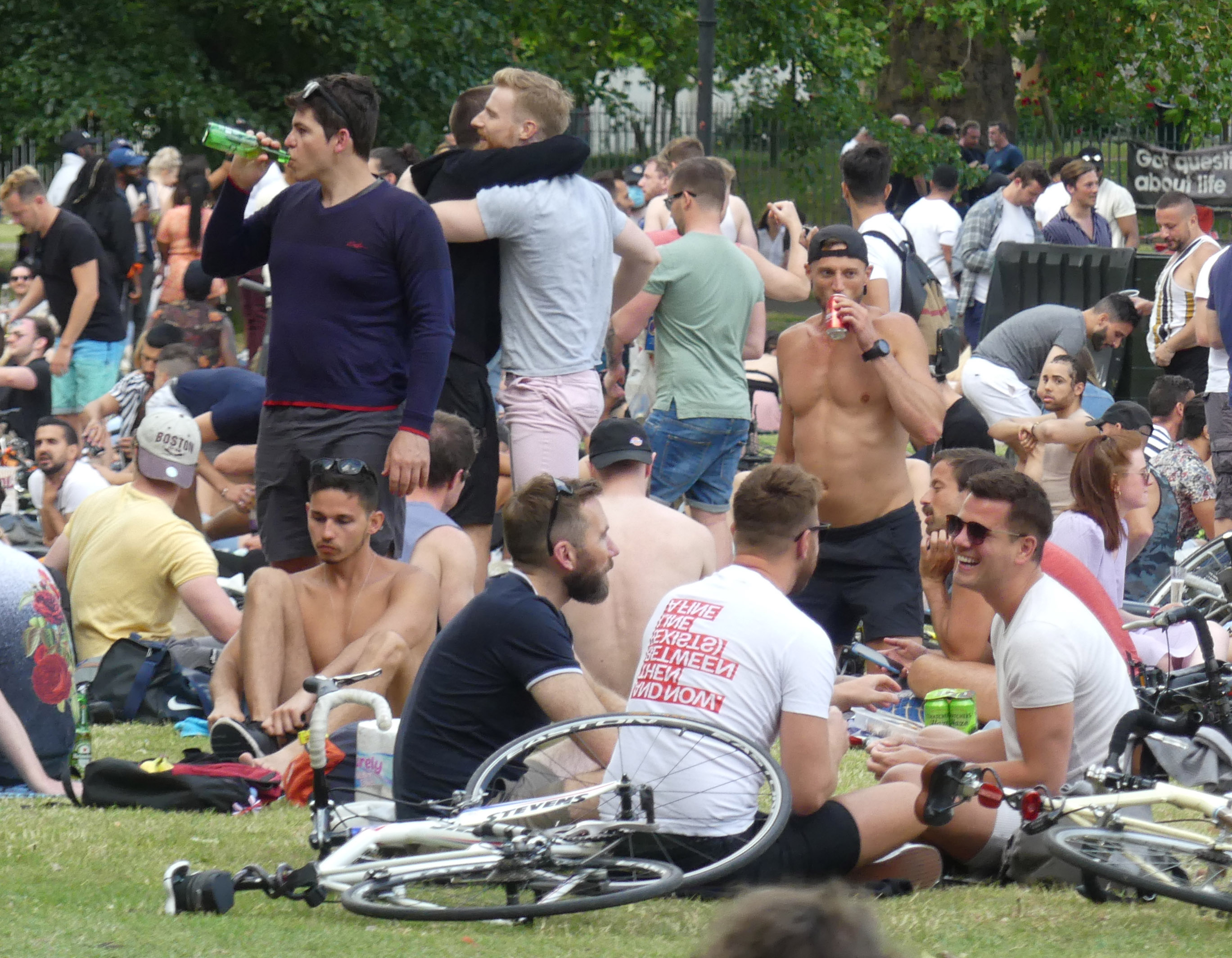 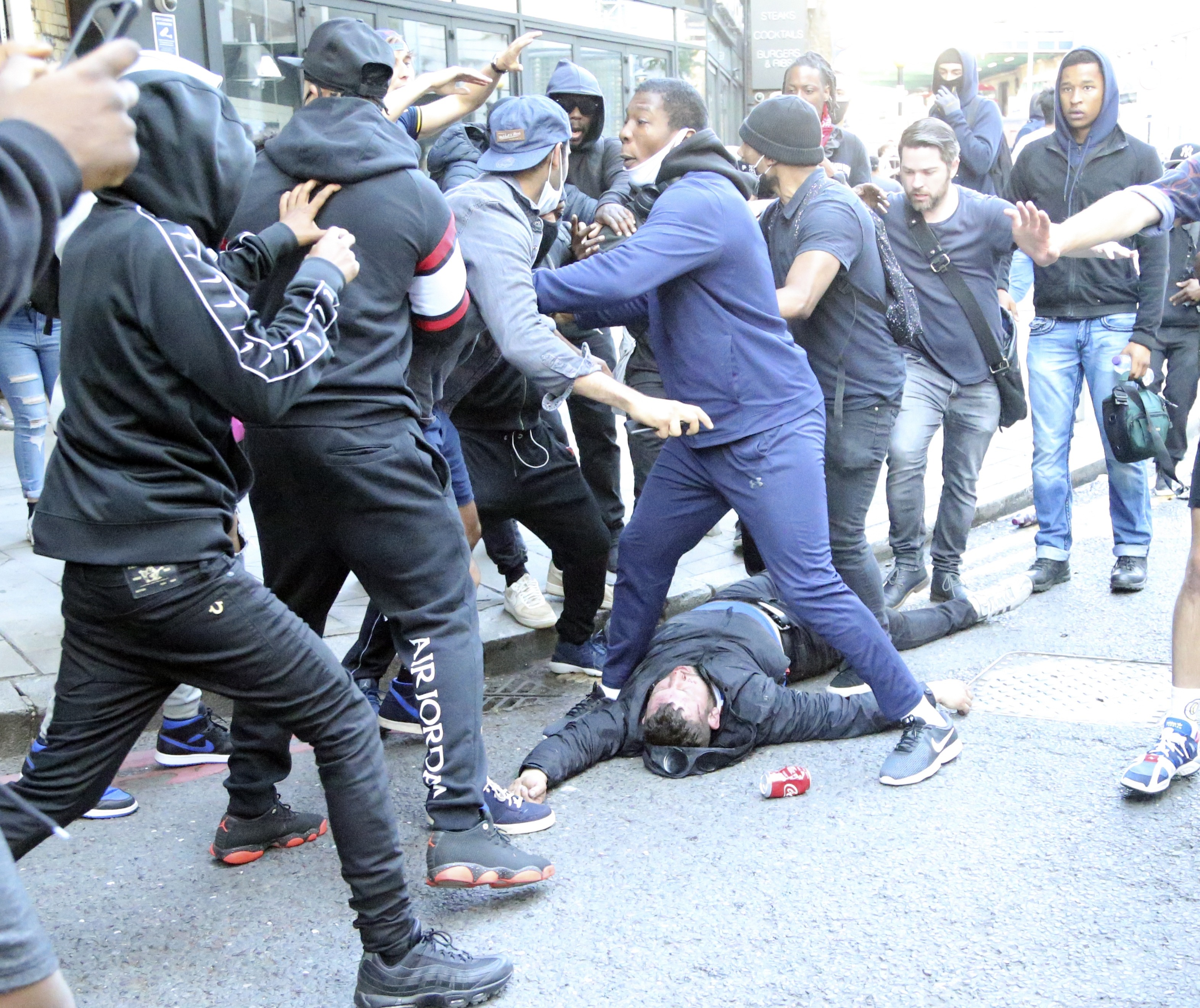 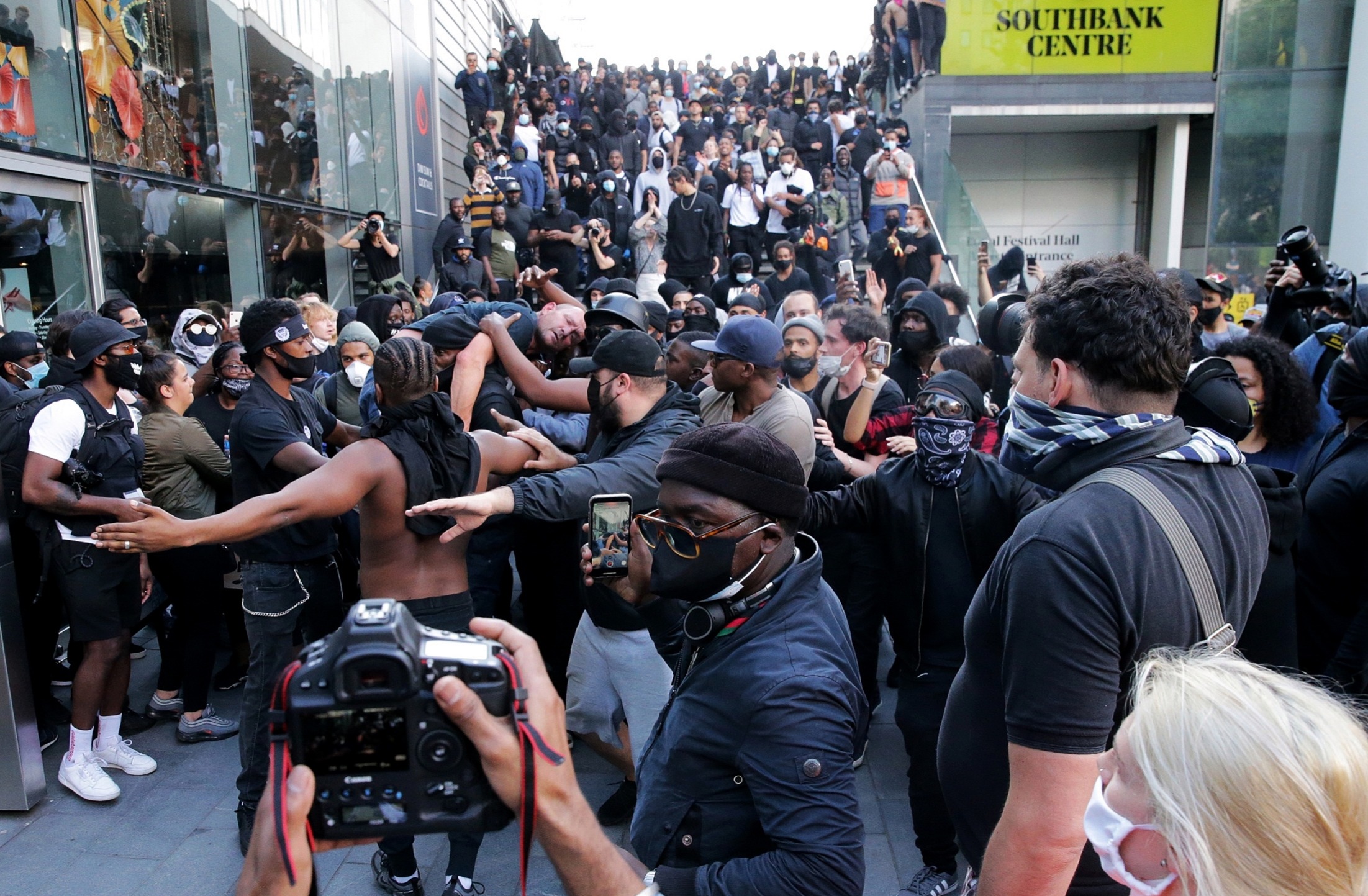 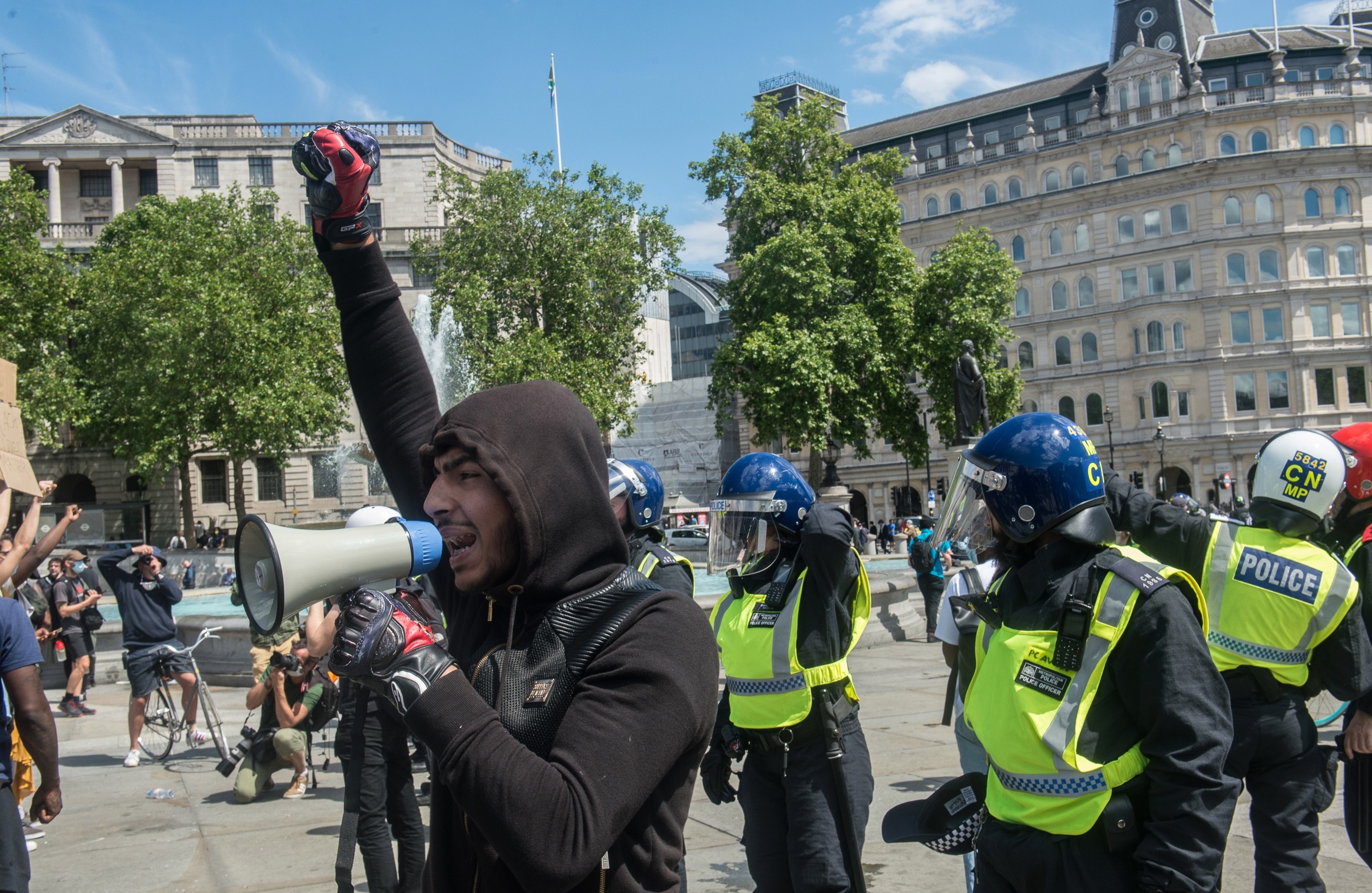 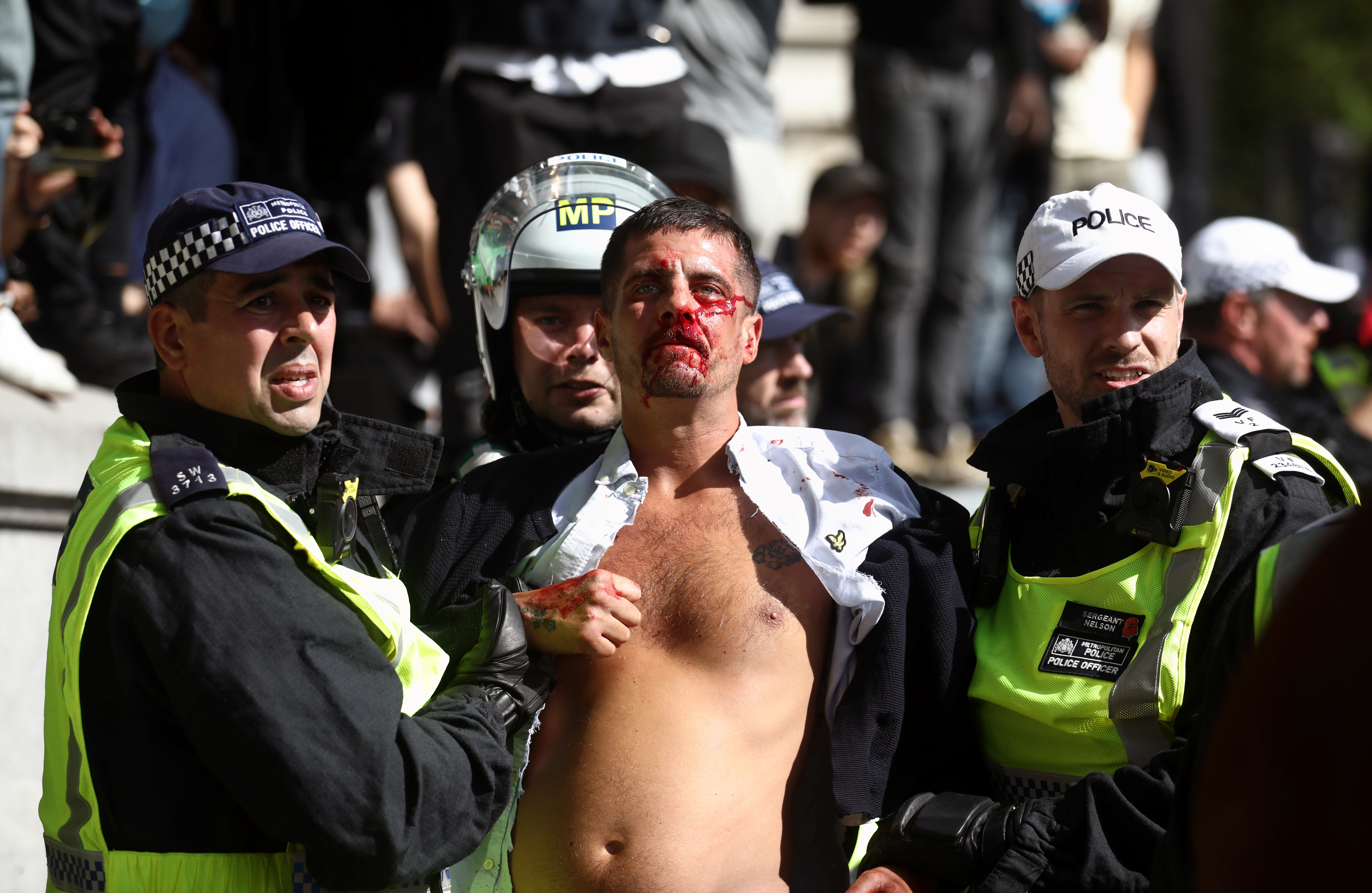