BREAKING NEWS: Lori Loughlin will serve two months and her husband Mossimo Giannulli will serve five months in prison after changing their pleas to GUILTY in college admissions scandal

Lori Loughlin and her husband Mossimo Giannulli have changed their plea to guilty in the college bribery admission scandal.

The pair have for months denied their role in paying $500,000 to get their daughters into USC under false pretenses.

The Justice Department on Thursday announced they had changed their plea to guilty on a range of conspiracy to commit wire and mail fraud.

They will then serve two years of supervised release.

It is unclear when their sentence will begin. A sentencing hearing has not yet been set. What drove them to change their plea is also unknown.

They had been facing some 40 years if they’d been convicted at trial.

The pair are the 23rd and 24th parents to plead guilty as part of the case.

Felicity Huffman was one of the first. She served just 14 days in prison last year.

The scheme involved wealthy parents paying Rick Singer, the mastermind, enormous sums of money to either manipulate their kids’ college entry exams to get them a higher score, or to help them pretend they were athletic stars in order to get into a good school.

Singer had an array of exam monitors and sports staff within the colleges on the payroll who facilitated it.

Loughlin and her husband paid half a million dollars to help their daughters, Olivia Jade and Isabella, get into USC by pretending they were sports stars. 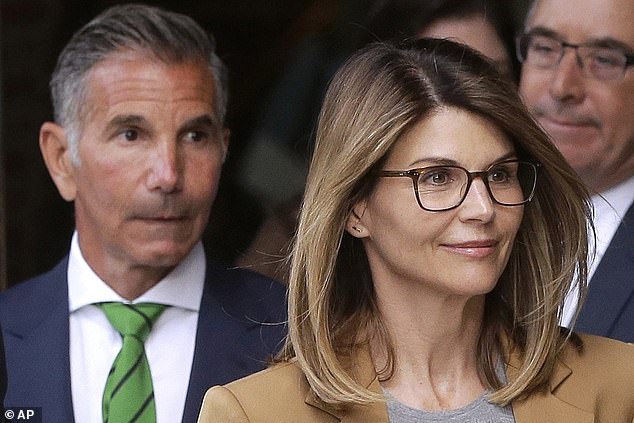