Major shellfish exporter blames Brexit as he wraps up 40-year-old family firm: Boss who went from schoolboy fisherman to selling five tons of lobsters to EU every week makes ‘head over heart’ decision due to red tape

A pioneering exporter who sold lobsters to Europe from the Yorkshire coast has been forced to wind up his 40-year-old family business – because of Brexit red tape.

Sam Baron, who worked alongside his late father to set up Baron Shellfish in Bridlington, East Yorks., said he had to let his ‘business head overrule his heart’.

It is believed the firm, the first lobster-tank business in Europe’s largest shellfish port, is the first big exporter to have announced its closure.

Mr Baron, 58, who had worked in the fishing industry since he was a schoolboy, cited extra costs and paperwork associated with Brexit as a reason he was closing down.

New regulations came into force on January 1 regarding live exports to the European Union, with a requirement for extra checks and documentation.

Making the closure announcement on Saturday, he said: ‘Baron Shellfish Limited took advantage of the common market, increasing business by selling direct to customers in the EU. 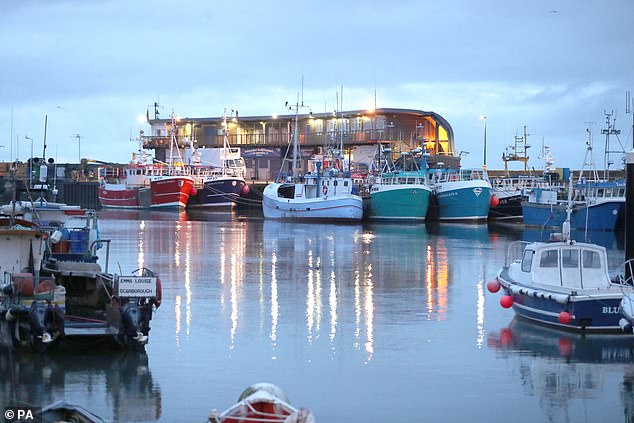 Baron Shellfish, a major shellfish exporter which is based at Bridlington Harbour (pictured) has announced this weekend that it will close after 40 years because of red tape after Brexit

‘This meant we could competitively buy from our fellow merchants at Bridlington, making us more of a dispatch centre to the EU.

‘This in turn meant the costing of conditioning, grading, packaging costs etc were kept in the UK.

‘As you can appreciate this meant more of the revenue created by the live lobsters stayed in the UK.

‘It is now with deep sadness in my heart I write to inform you that I’ve had to let my business head overrule my heart and bring Baron Shellfish Limited to closure.

‘At this time we would like to thank all our customers and all those who have helped us through the years for their support.’

As a schoolboy, Sam Baron worked alongside his father to set up the lobster tank business from scratch. 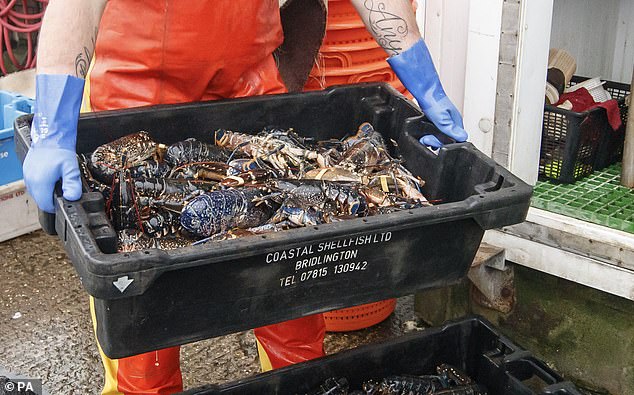 Sam Baron, who helped grow the business in East Yorkshire with his father, said he had to rule with his head and not his heart after making the decision, citing ‘disruption’ in the industry

Over the years the business grew alongside Bridlington Harbour, which became the biggest shellfish port in the UK, and sold catch from UK waters to mainland Europe.

While inside the common market, the company bought lobsters from businesses in Bridlington and sold to countries including Spain, Belgium and Italy.

Mr Baron has exported up to five tonnes of lobster a week to mainland Europe during peak times.

But on Saturday, he was forced to begin dismantling hundreds of crates.

He is planning to pay off three members of staff and sell his crates and vehicles.

He added: ‘There is an element of disruption going on and I am currently talking to business leaders and fishermen to establish whether this is short term disruption or if it is a longer term problem. 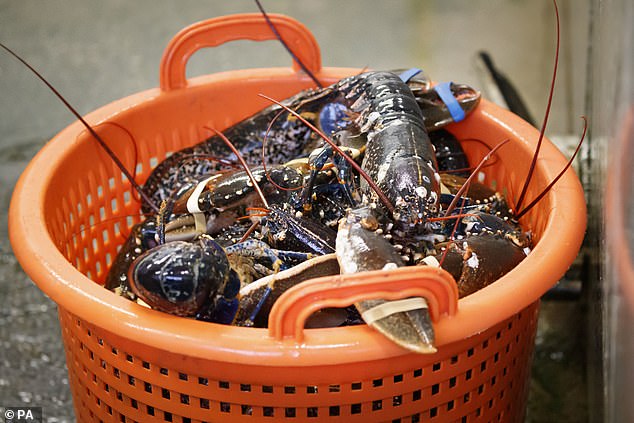 ‘We are very concerned and we are and will be making enquiries as we want to ensure fishing and the shellfish industry remain at the heart of Bridlington.

‘It is a thriving industry for the town and we want to make sure it stays that way. and keep a very close eye on it.

‘The new Hull and East Riding Local Enterprise Partnership will have a look at this issue and make a point of talking to the Government.

‘It is early days but we need to make sure all parties are involved to get a speedy solution.’

It comes as ministers branded the EU decision to place restrictions on live UK shellfish exports ‘indefensible’ today – as even a senior MEP admitted it ‘makes no sense’.

Environment Secretary George Eustice insisted there is ‘no legal barrier’ to the trade as he demanded the European Commission behaves reasonably. 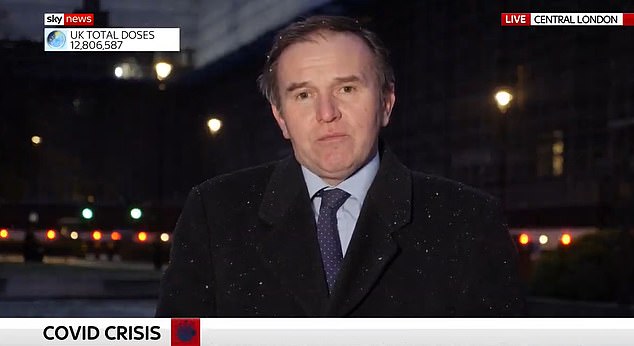 The introduction of new checks and paperwork since the end of the Brexit transition period on December 31 has caused disruption to exports of fresh fish and seafood to the EU.

Many British waters are classed as Grade B, and since Brexit shellfish have to be cleaned before being sent to Europe.

But there are not enough facilities in the UK as the catches used to be sent to the EU for purification.

Ministers had expected the bloc would permit the trade to resume once a new health certificate was produced, but say it has now backtracked.

French MEP Pierre Karleskind, who chairs the European Parliament’s committee on fisheries, hit out at the commission today saying ‘the UK waters did not become dirty on the 31st December at midnight’.

Mr Eustice said the Commission changed its position last week, and that prior to that ‘they had been clear that this was a trade that could continue’.

He said in an interview with LBC that the action, which puts a ‘ban on the trade altogether’ was ‘quite unexpected and really indefensible’.

‘Whereas previously they’d been clear that this is trade that could continue, and all they needed to do was design the right export health certificate,’ he added.