A much-loved father-of-two allegedly beaten to death in the driveway of his home has been remembered for his trademark smile.

Mark "Walla" Briggs, 31, had just arrived at his Shepparton home in Deane Court when he was allegedly set upon in a suspected random attack about 9.30pm on Sunday. He died at the scene.

Police are investigating whether he was involved in a road-rage incident with his alleged attacker –42-year-old Shepparton man Nathan Troy Clarke – before a fight broke out near his home soon after. 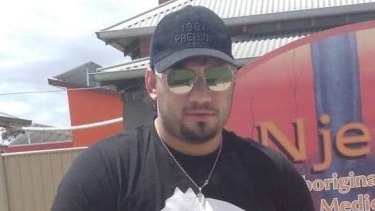 Mark Briggs, who was killed in Shepparton on Sunday.

Mr Briggs was a cousin of Indigenous rapper, record label owner and actor Adam "Senator" Briggs, who has toured with the likes of US rappers 50 Cent and Ice Cube. The rapper has also written for animated Netflix series Disenchantment and sketch comedy series Black Comedy.

Both cousins grew up in Shepparton. 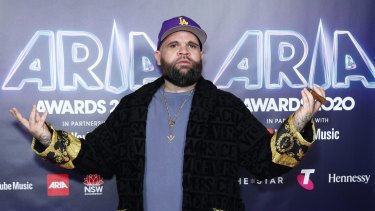 Mark Briggs' alleged killer was arrested near the scene soon after the death and later charged with murder.

He appeared before Shepparton Magistrates Court on Tuesday and was remanded to reappear in April.

Another person found sitting in a white SUV nearby was released without charge.

Police spent hours at the scene, taping off the street. They said they did not believe the dead man and the alleged attacker were associated with one another.

Officers moved to quell rising tensions in Shepparton as devastated friends and family learnt of the death. 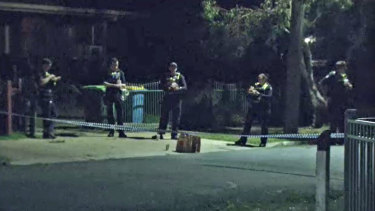 Police at the scene in Deane Court, Shepparton, on Sunday.Credit:Nine News

Friends and relatives took to social media to express their grief.

Others described the 31-year-old as a popular and well-respected member of the Shepparton community who associated with the Rumbalara football club, an Aboriginal-led sporting club.

The matter is set to return to court on April 6.