Man is stunned to get friendly greeting from a FOX

Welcome to the neighbourhood! Man is stunned to get friendly greeting from the local FOX when he moves into his new flat

This is the adorable moment a man who had just moved into the neighbourhood is given a warm welcome by a local fox.

Chris Tough had just moved into a flat in Croydon, south London, when he encountered the wild animal approaching him on his front door step.

In the video the animal appears to want his attention, brushing up against the camera as Mr Tough films in disbelief at the unusual interaction.

Many fellow Londoners left humorous responses on the post, however some believed it was wrong to interact with the ‘pest’.

Jesus Chrissy wrote: ‘Just hungry probably, only pests because their homes are being built on.’ 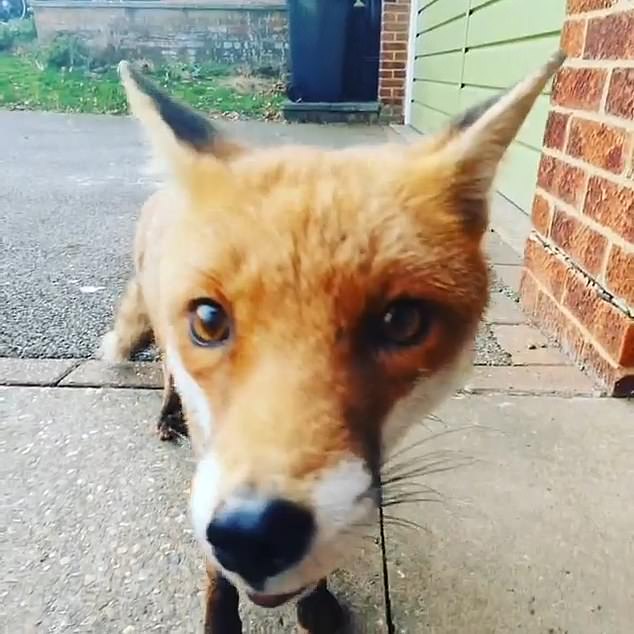 Chris Tough had just moved to South Croydon, London, when he encountered the wild animal approaching him on his front door step (pictured) 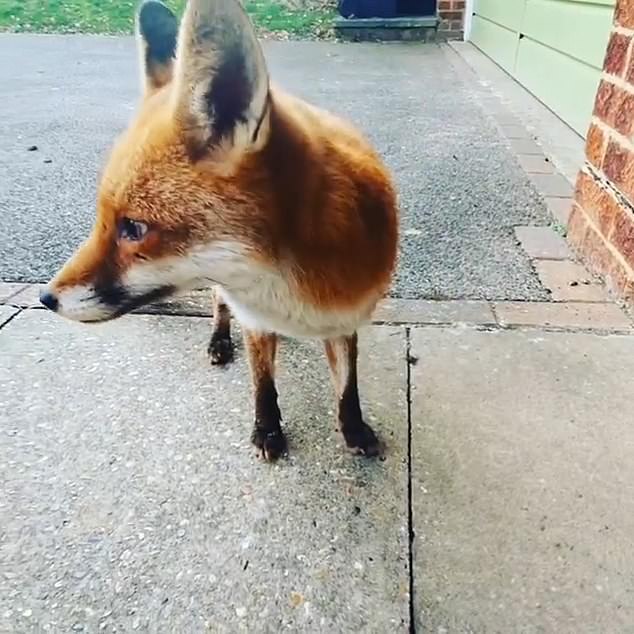 After approaching Mr Tough the fox stopped and waited patiently, appearing to be after a snack

Others were quick to defend the fox, Dan Pate wrote: ‘I think the biggest pests running around are human.

‘These dudes try to snatch something to eat. Humans snatch anything they want including animal horns they don’t need, the local tradesman tools and somebody’s wife.’ 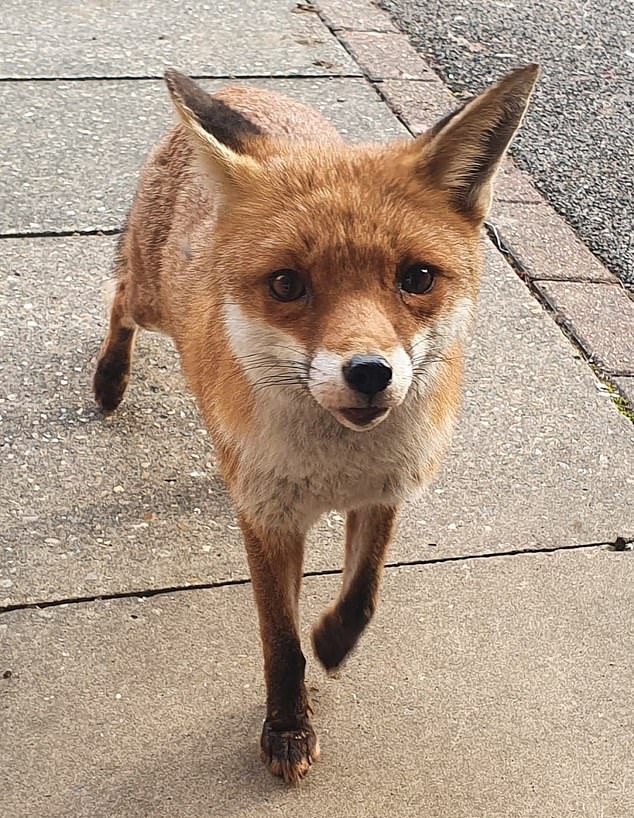 Stuart Harris added that the fox appeared to be in good health, commenting: ‘Nice and healthy looking. You should see the state of some in Hackney.’

Whilst foxes are very common in urban areas it is unusual for them to be affectionate towards humans as they are usually too afraid and have even been to known to become aggressive.

However this furry creature seems more intent on getting to know the newcomer to the neighbourhood, perhaps suggesting that the previous owner of the flat had been feeding the fox.