Mark Rothko's masterpiece set to sell at auction for $40million

A lot of money for a blue rectangle! Abstract artist Mark Rothko’s ‘Untitled’ 6ft masterpiece set to sell at auction for $40million

A seemingly simple painting of a blue square by Mark Rothko is tipped to sell for a staggering $40m at a Christies auction next month.

The 68ins by 54ins oil on canvas work ‘Untitled’ was the penultimate painting produced by the artist before he committed suicide in 1970.

Experts say the piece of modern art, owned by ‘Bunny’ Mellon until 2014, features different tones of blue which ‘mutate and glimmer’ as they catch the light, in turn ‘encapsulating the spirit of his life’s work’. 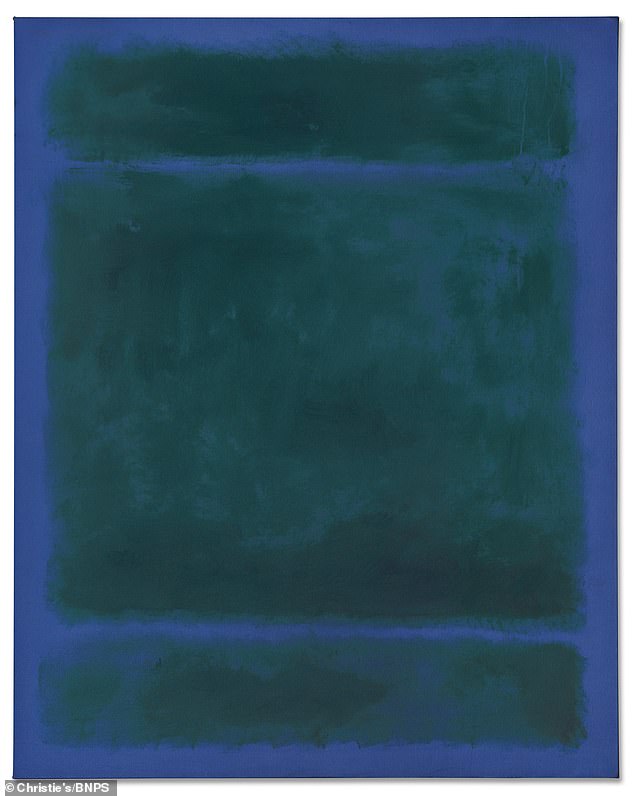 Rothko is one of America’s most celebrated artists, who made a name for himself painting large blocks of colour in various shapes, mostly rectangles and squares.

The Russian-born artist, whose family emigrated to America in 1913, only painted three works, including this one, in the final months of this life.

He is said to have viewed them as his most profound achievements.

The painting is going under the hammer with auctioneers Christie’s New York, who expect it to attract worldwide interest.

The painting was owned by American collectors and philanthropists Paul and Rachel ‘Bunny’ Mellon between 1971 and 2014. It was then sold again by Sotheby’s in 2014.

It has been consigned for sale from a separate European private collection.

Writing in 1998 about Rothko’s ‘Untitled’, art historian David Anfam said: Shedding the mournful monochromatic hues that had occupied him for much of 1969, Rothko plunges one last time into the jewelled, intoxicating spectrum that had guided his practice for over two decades.

‘His deep blue tone shifts and mutates as it catches the light, glimmering like a portal to the beyond.’

Rothko spoke about how he wanted his paintings to radiate a power that gave them a sense of ‘presence’ that, ‘when you turned your back to the painting, you would feel that presence the way you feel the sun on your back’. 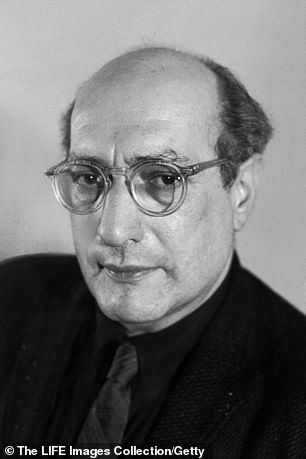 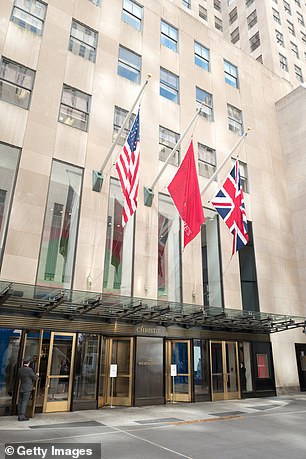 Pictured: Painter Mark Rothko, whose modern art painting ‘Untitled’ is expected to fetch $40 million. It was his penultimate painting before he committed suicide in 1970. The painting is going under the hammer with auctioneers Christie’s New York (right), who expect it to attract worldwide interest

He said: ‘The death of an artist lends a certain glamour. One of his three final works Untitled, 1970 is culturally embedded by the self-realised ending of Rothko’s life.

‘A swansong, the depths of colour that Rothko scumbles on the canvas open an azure portal. To directly experience Rothko’s work is to visually sense this other.

‘The colours float before and recede back from the surface, and the painting acts as a door, in both reality and in one’s mind.

‘This is a sizeable work, similar to the stars at night to face it is to feel one with the sublime but also experience the existential angst of one’s insignificance.’

He added: ‘Rothko was shaped by the convulsions of the 20th century. 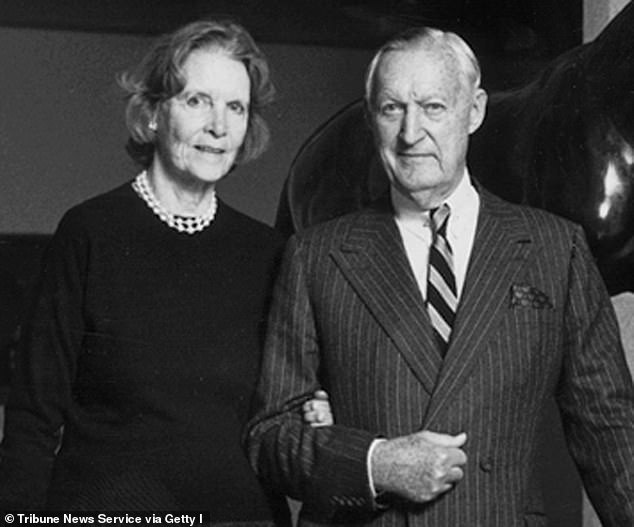 The painting was owned by American collectors and philanthropists Paul and Rachel ‘Bunny’ Mellon (pictured) between 1971 and 2014. It was then sold again by Sotheby’s in 2014

‘This painting and Rothko’s taking of his own life seem to speak directly to the hope and despair of the modern age.

‘The transcendentalism of Untitled, 1970 places this painting in a direct lineage of modernist western art from Monet’s Water Lilies to James Turrell’s Roden Crater.

‘Certain artworks have the ability to crystallise our collective history, this is one of them.’

The sale takes place on May 11, but the collector is not expected to make much windfall from the sale, who paid $39.9 million at Sotheby’s in 2014.