Not just any cookery show: Marks & Spencer strikes deal to supply ingredients for ITV programme – in return for its products being plugged on screen

With eight celebrity egos battling it out in a kitchen, things may get competitive.

Yet the real winner of ITV’s new cookery show will not be the contestants – but the supermarket supplying the ingredients.

Marks & Spencer, known for its ‘This is not just…’ marketing slogan, has struck a deal to part-fund the programme in return for its products being plugged on screen. 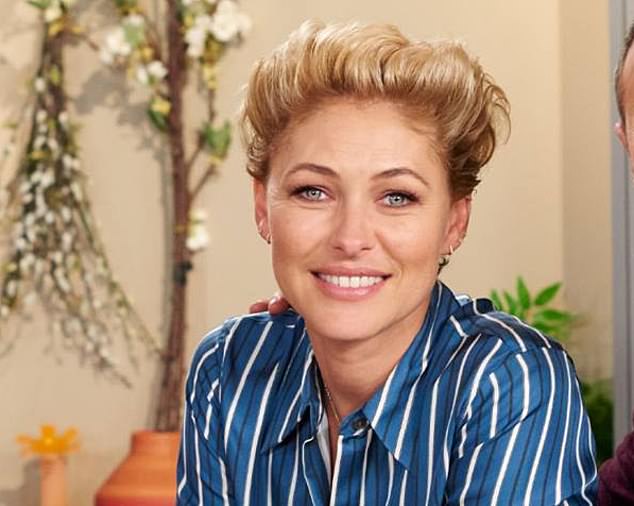 Six-part series Cooking With The Stars, which will be broadcast in the summer, is hosted by presenter Emma Willis (pictured) and comedian Tom Allen

It is the latest placement deal involving the channel – with Coronation street among other programmes to feature big brands.

Cooking With The Stars will see eight contestants paired with accomplished chefs who will try to turn them into restaurant-standard cooks. A range of M&S products will be used in the dishes.

The six-part series, which will be broadcast in the summer, is hosted by presenter Emma Willis and comedian Tom Allen.

Once the chefs have mentored the famous faces, they will then become judges.

They will rate the contestants, with the bottom two at risk of being ejected from the competition.

This eliminator round will be decided through a blind testing by the chefs, in which they may unknowingly turn on the celebrity they have been mentoring. 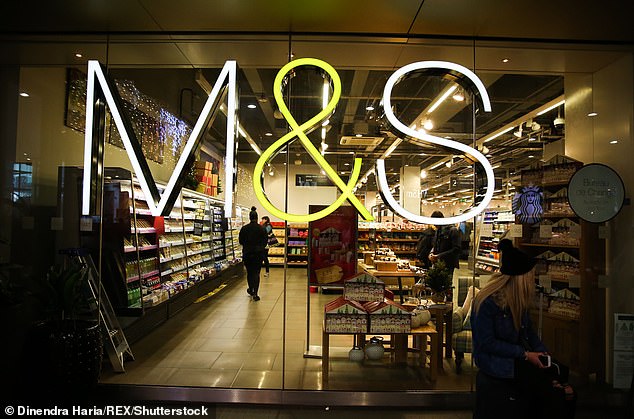 Marks & Spencer, known for its ‘This is not just…’ marketing slogan, has struck a deal to part-fund the programme in return for its products being plugged on screen. Picture: Stock

ITV has not yet revealed which celebrities and chefs will be taking part.

In 2018 Co-op and Costa Coffee were featured on Coronation Street in what ITV said was its biggest such deal to date.

Katie Rawcliffe, head of entertainment commissioning at ITV, said Cooking With The Stars would ‘combine all the ingredients to deliver great entertainment, cooking inspiration, a lively competition and fantastic hosts’.

She added: ‘The past year has seen the nation developing their home cooking skills more than ever and now we’ll get to see how well our celebrity line-up can cook with the guiding hand of expert mentors.’ 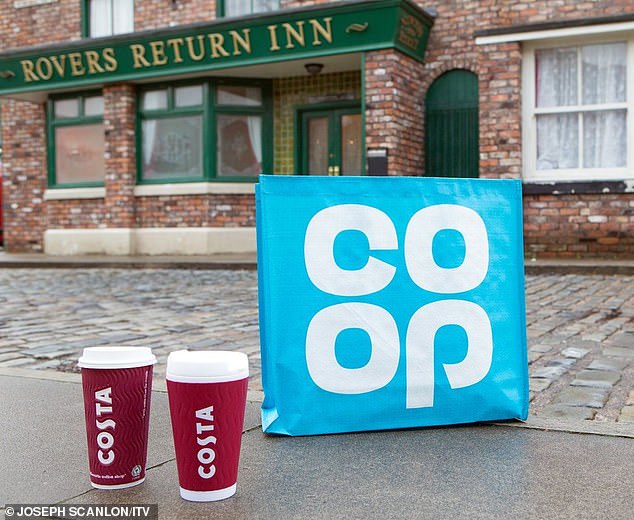 M&S managing director Stuart Machin said: ‘A key part of our food strategy is to make M&S more relevant for families and for the full weekly shop, something that will be highlighted by this partnership. We are famous for our delicious prepared meals, but are seeing more and more families shopping with us when they are cooking from scratch too.

‘Working in partnership with South Shore, we have jointly developed Cooking With The Stars to help us to reinforce that.

‘The show has strong family appeal and will feature some products from our high-quality range of fresh ingredients and cooking-from-scratch essentials. We are sure it will be a huge success both in the UK and internationally.’