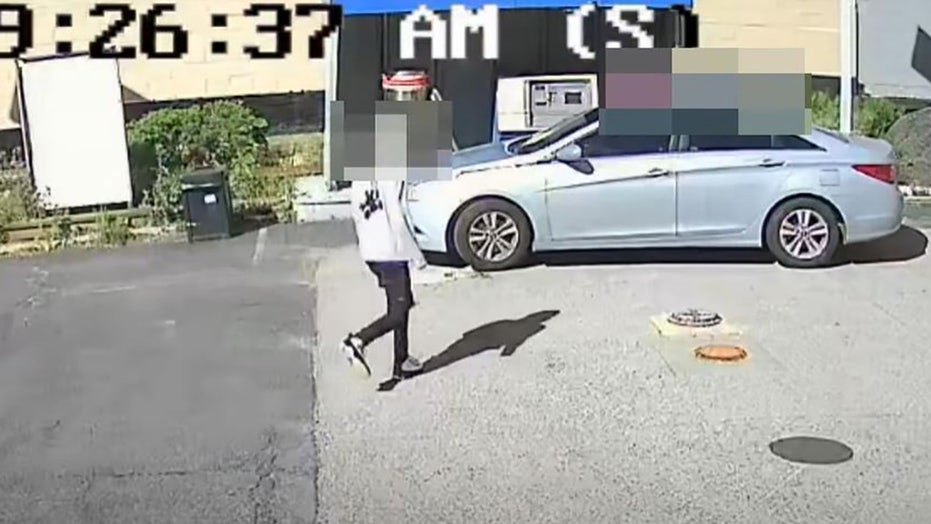 Two 15-year-olds from Washington, D.C. have been charged with carjacking a vehicle from a Maryland gas station earlier this month while a 2-year-old child was buckled into the back seat.

Video released by the Montgomery County Department of Police shows a female driver park her car at approximately 9:30 a.m. on June 16 beside an air pump at a gas station located in the 8600 block of Georgia Avenue in Silver Spring, Maryland.

The driver, who stopped to vacuum out her vehicle, is seen getting out of her car and going around to the passenger side to insert her money into the air pump machine. One of the suspects suddenly approaches and jumps into the driver seat before peeling off.

The victim’s 2-year-old daughter was still in a car seat in the rear passenger area of the vehicle when the car was stolen, police said. A witness who observed the theft and followed the vehicle told officers he saw it stop briefly on Colesville Road to pick up a second suspect.

The two suspects abandoned the vehicle further down Colesville Road and fled on foot, police said. Officers located the vehicle and determined that the 2-year-old still inside was not injured.

Officers in the area observed two individuals who matched the suspects’ description walking in the area of Fenton Street and Veterans Place in downtown Silver Spring, police said. Both juvenile suspects fled on foot upon seeing the officers but were taken into custody after a brief foot pursuit.

Last week, the Montgomery County police announced that detectives 3rd District Investigative Section had arrested and charged two 15-year-old males from Northeast, Washington, D.C., with auto theft and kidnapping-related offenses. Their names have not been released.