Home » World News » Masks are made compulsory in French offices

Masks are made compulsory in French offices

France will make masks compulsory in French offices from next month to slow down a coronavirus second wave.

People returning from their summer holidays will be required to cover their faces throughout all enclosed work spaces, including in corridors and lobbies.

It comes as cases have spiked in France, particularly among those aged 25 to 35. Last week 16,546 new cases were recorded, compared to another 11,251 infections the week before.

Labour Minister Elisabeth Borne met industry leaders on Tuesday to discuss the new measure, which she said was based on the advice of the government’s public health council. 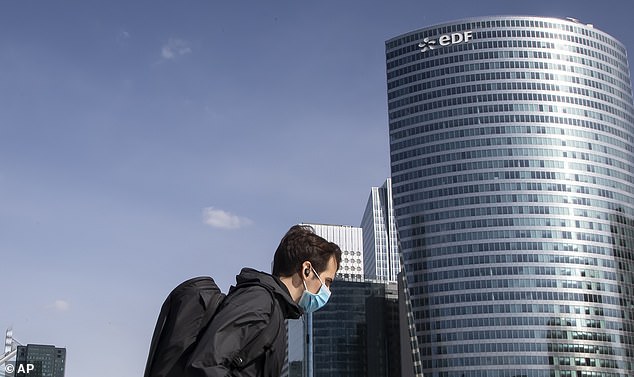 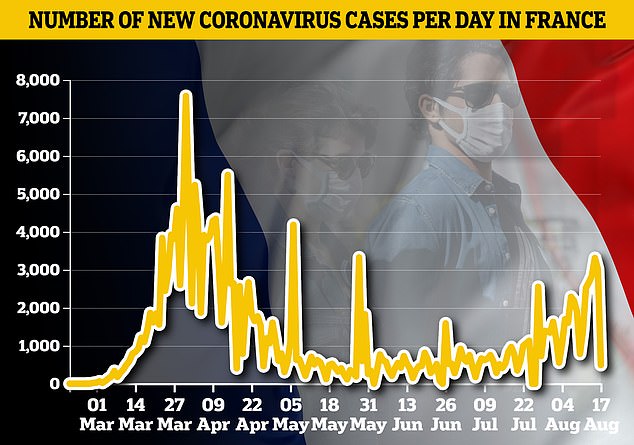 Cases have spiked in France, particularly among those aged 25 to 35. Last week 16,546 new cases were recorded, compared to another 11,251 infections the week before. 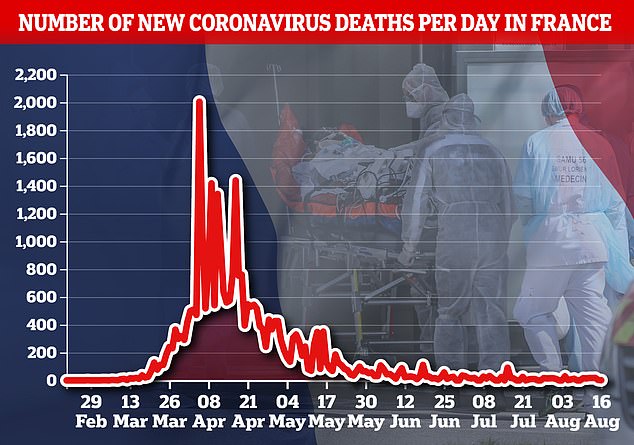 It took into account a growing scientific consensus that the coronavirus is transmitted not only in large drops projected when a person coughs or sneezes, but also in smaller ones that can remain suspended in air breathed out by infected people, she said.

France has already made mask-wearing obligatory on public transport and in enclosed shared public spaces such as shops and government offices, but has left their use in offices to the discretion of employers until now.

This was criticised by a group of medical experts in an open letter in Liberation newspaper, in which they compared virus accumulation in enclosed spaces to ‘cigarette smoke’.

‘And the more the virus accumulates in the air – either because of a long exposure time or because of a large number of excreters – the more we risk contamination,’ they said. 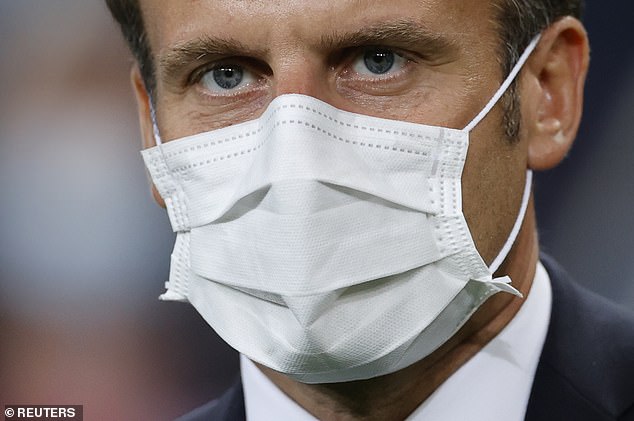 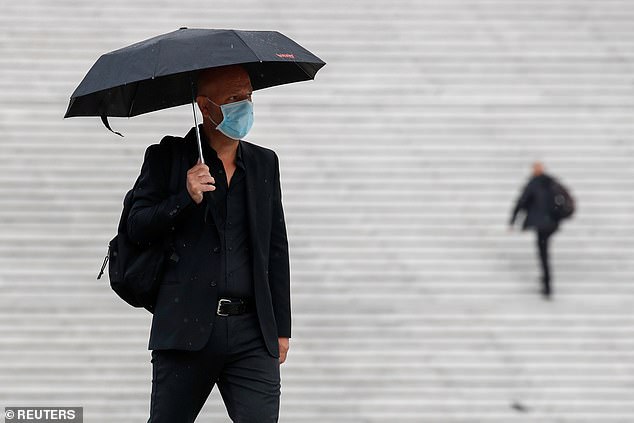 The experts urged the government to make masks compulsory in all confined spaces, offices and classrooms and to ‘unambiguously encourage’ remote working.

Many French towns and cities, including Paris, have been using discretionary powers to make masks compulsory outdoors as well, mainly at food markets, in busy streets and around tourist hotspots.

Borne said the government will continue recommending telework for people in areas with active virus circulation, and said employers will have to carry the cost of masks for the workplace.

The coronavirus outbreak has claimed more than 30,400 lives in France so far. Official figures show about a quarter of new infection ‘clusters’ arose in the workplace, excluding hospitals and other medical establishments.

Since a two-month lockdown ended in May, new infections have been increasing in recent weeks and the numbers of people admitted to hospital and to intensive care have been rising as well. 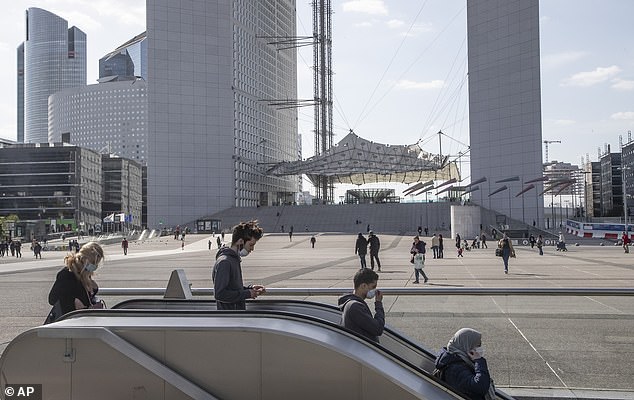 People wear a protective masks as they ride an escalator into a subway station at La Defense business district outside Paris.

As fears mount of a second infection wave renewing strain on France’s hospital system and economy, the government is reminding people to keep practicing social distancing.

French President Emmanuel Macron on Monday urged the nation to be vigilant ‘in the face of an accelerating’ outbreak.

This was a crisis, he said, which ‘requires that we protect each other, that we are each responsible for all’, even as some people remain reluctant to wear a mask.

The health ministry said Monday the incidence of new infections was rising in all age groups, particularly rapidly among those 25 to 35 – an age cohort that has caused concern over rule-breaking parties at which few masks are worn nor social distancing respected.

At the same time, ‘the number of people hospitalised for COVID has been rising for three weeks, notably among those aged under 40,’ said the ministry.

Worryingly, nearly half of people who test positive for COVID display no symptoms, meaning many may not be taking adequate precautions against passing on the virus.