The City of Melbourne will acquire land for new parks in Southbank as part of a $60 million spend on open space following the increase in public garden use during the coronavirus pandemic.

The council’s 2021-22 draft budget, to be delivered next week, will include $20 million to buy land for open space in Southbank and $27.5 million to maintain 485 hectares of existing parks and gardens. 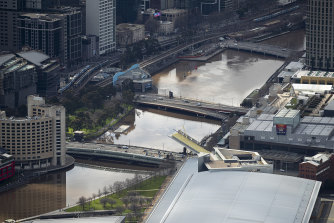 The City of Melbourne council will acquire land in Southbank to create a new park. Credit:Daniel Pockett

The remainder will fund climate change adaptation works, including tree planting, and a new pump station at Kensington.

Last year, the council suffered a $101 million loss in revenue and went into deficit for the first time in 30 years.

However, the council on Friday refused to reveal whether the draft budget would contain another deficit, show another loss in revenue or if it would extend last year’s rates freeze. It also refused to disclose the overall size of the draft budget.

Residents visited local parks in droves during last year’s lockdown as the state government placed limits on travel to stop the spread of COVID-19. 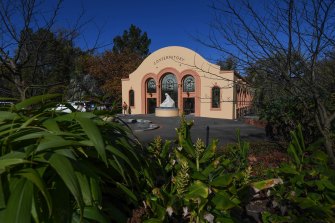 The City of Melbourne has just completed an extensive upgrade to the conservatory at Fitzroy Gardens. Credit:Joe Armao

Dog ownership also increased, with 3948 registrations in the City of Melbourne during 2020 compared to 3622 the previous year.

The council brought in an extra 128 bins with a 240-litre capacity to cope with the increased demand.

The plan for new parkland in Southbank is separate from the council’s “greenline” project, which will consist of a four-kilometre pathway on the Yarra River’s north bank between Birrarung Marr and the Bolte Bridge. 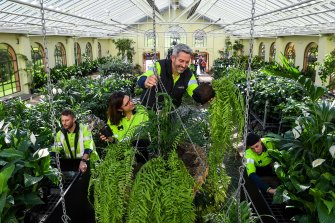 Melbourne lord mayor Sally Capp said many more Melburnians were rolling out their picnic blankets during the pandemic.

“I hope people will continue to take advantage of our lush lawns and recreational facilities as the buzz comes back to our city,” she said.

Cr Capp said the council had also completed an $800,000 upgrade to the conservatory at Fitzroy Gardens, which will reopen next month with a tropical flower display.

The conservatory, built in the 1930s, received extensive repairs to the roof that were funded in the 2020-21 budget.

Horticultural asset supervisor Sam Davis said it was common to have several thousand people visit the conservatory on busy weekends before the pandemic, particularly when tour operators brought in cruise ship visitors.

He expected the conservatory would be popular with Melbourne residents when it reopened.

The new display sought to create a humid tropical environment that would provide some respite from the Melbourne winter, he said.

“A lot of people may just shelter here from the cold winter and rain,” he said. “It’s about creating that lush tropical experience.”

The council has also allocated $300,000 for a pilot program to store renewable energy on council-owned sites.