A mentally ill loner told police on eight separate occasions he would use his car to run over children before finally carrying out his threat and killing a 12-year-old boy, The Mail on Sunday can reveal.

A report into the tragedy reveals police at one point blocked Terence Glover’s number after he bombarded them with calls, including threatening to mow down ‘lots of children’.

Five months later, Glover killed Harley Watson and injured nine other children and an adult when he ploughed his car into them outside Debden Park High School in Loughton, Essex. 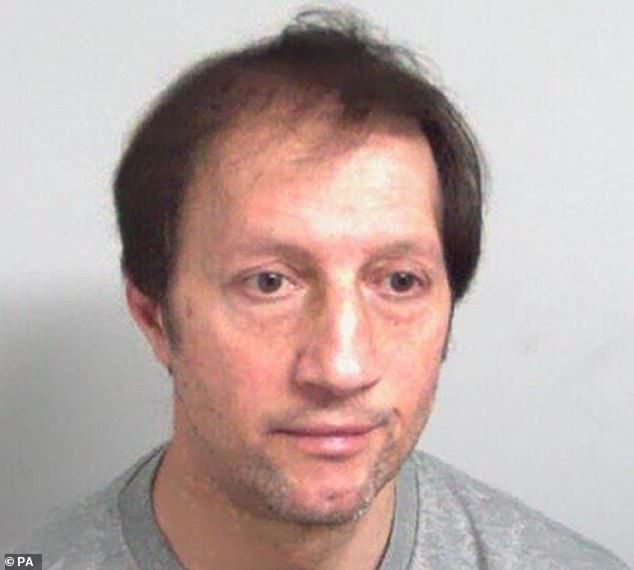 A report into the tragedy reveals police at one point blocked Terence Glover’s number after he bombarded them with calls, including threatening to mow down ‘lots of children’

The 52-year-old is a paranoid schizophrenic with a history of violence. Ruling in January that Glover should be detained indefinitely under the Mental Health Act, a judge said he had committed ‘a truly terrible crime’.

The MoS revealed earlier this year that a psychiatric team decided not to detain Glover just weeks before the December 2019 attack, even though police had warned that he was planning to run over children. Now a report by the Independent Office for Police Conduct reveals: 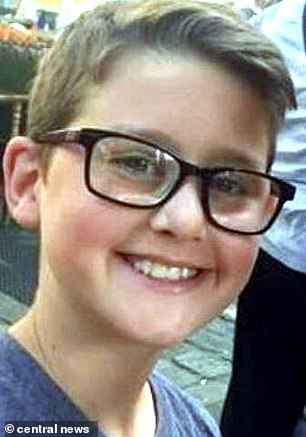 Glover killed Harley Watson (above) and injured nine other children and an adult when he ploughed his car into them outside Debden Park High School in Loughton, Essex

Despite that, the IOPC probe clears Essex Police of any blame and makes no recommendations to change its policies or training.

‘Essex Police appear to have acted reasonably in their dealings with him and, having responded in line with the powers available to them in response to his vague threats to kill, cannot be judged to have contributed to Harley Watson’s death,’ it concludes.

The findings prompted immediate claims of a police ‘whitewash’.

Julian Hendy, from Hundred Families, a charity that campaigns for those affected by killings carried out by people with mental health issues, said: ‘This is a shocking report.

‘It reads like a complete whitewash. It reveals Essex Police recorded and documented multiple threats by Glover to attack and harm children, yet took no effective action to protect them. The faults are there in black and white.’

In an interview this year, Harley’s mother Jo Wood, 33, described her son as ‘kind, caring, selfless, intelligent and comical’.

Demanding urgent reform of the way dangerous mentally ill patients are supervised, she said the NHS and Essex Police had questions to answer.

The report details how Glover was claiming as early as April 2016 that he was being harassed and police would not be interested until ‘he drove his car into a large group of people’.

On June 27, 2019, police temporarily blocked his number after he called them six times in ten minutes.

One of these calls contained another chilling threat to run over ‘lots of children’. Glover again threatened to run down children during six separate calls to Essex Police on September 17, 2019 – less than three months before the attack that killed Harley.

Four days earlier, one of Glover’s neighbours had emailed police to warn that Glover had been seen ‘driving up and around the school’.

Police asked the school to check if its CCTV cameras had captured any images of Glover’s car, telling staff to report if he was spotted.

The report shows that police were building a case against Glover for making malicious communications and he had breached a Community Protection Notice. He was arrested on September 30, 2019, but released after a psychiatric team decided not to detain him.

Ms Wood last night declined to comment ahead of a coroner’s hearing to be held next month.

Essex Police confirmed the IOPC’s findings but said the forthcoming inquest ‘will provide the opportunity to explore the circumstances around Harley’s death’.

The IOPC said it would publish its findings after the inquest, adding: ‘Our thoughts remain with the family and friends of Harley Watson… We appreciate the devastating effect this tragedy has had on everyone who knew him.’