A PASSENGER in a Mercedes has been fined £400 after breaching lockdown rules TWICE in four days.

On Monday the rule breaker was fined £200 for travelling to Chesterfield from Leicestershire to meet two pals for "exercise" – at McDonald's. 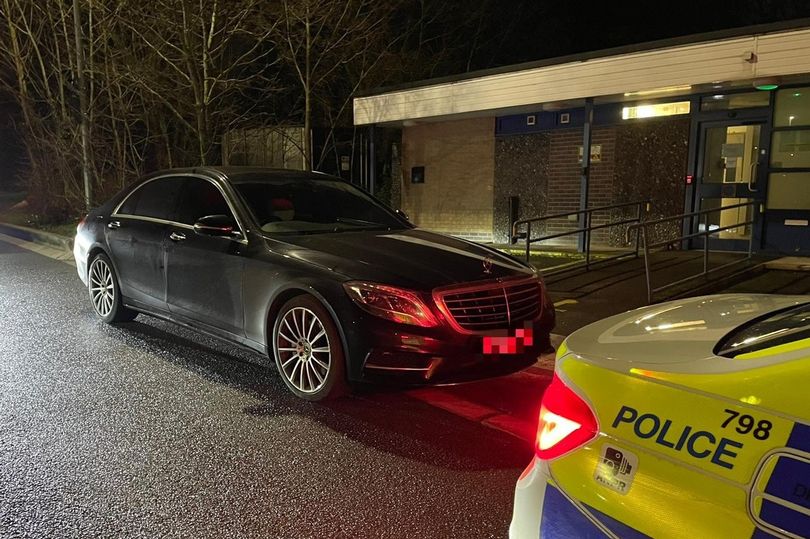 Now Derbyshire police say he has received a second ticket just four days later after being caught in Chesterfield again.

In a tweet officers posted a picture of both incidents and said: “Mercedes seen lurking around in Chesterfield then stopped on the M1.

"No reasonable excuse to be out visiting from Leicestershire.

“One of the occupants had already been issued a COVID ticket four days ago when a passenger in another Mercedes. #StayHome.”

The penalty for a first breach of lockdown rules is £200, lowered to a £100 if paid within two week.

But second- time offenders are fined £400, meaning this passenger must now fork out £600 in total.

The amount doubles for each further offence, up to a maximum of £6,400. 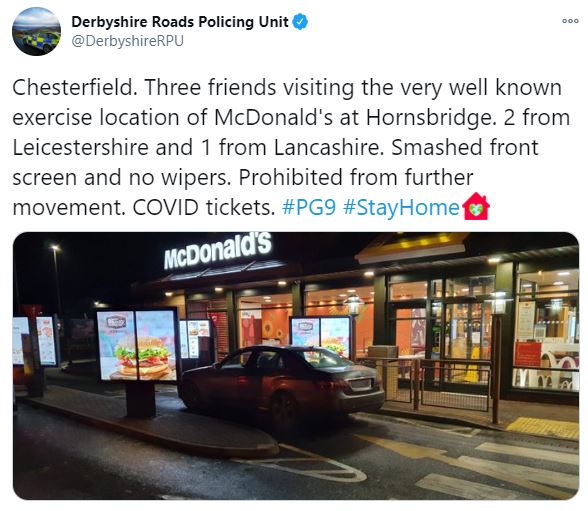 The flouter received his first fine on Monday when police spotted a smashed up Mercedes in the drive-thru in Chesterfield.

After speaking to the three men inside, cops realised the three mates in the car were all from different parts of the country.

Officers from Derbyshire Constabulary fined the three men in the car – which had a smashed front windscreen and no wipers – for their non-essential journey.

And on top of the £200 Covid fine – the men were stripped of their vehicle because the condition of the car was too bad to be on the roads.

This meant that the three blokes had to find their own ways home.

In a tweet, Derbyshire Roads Policing Unit joked the men had decided to drive to McDonald's for exercise.

"Two from Leicestershire and one from Lancashire. Smashed front screen and no wipers.

It comes as Boris Johnson begged Brits to stay home this weekend, urging everyone to "think twice" before leaving the house.

He said: "It's safest to assume you have Covid, so please, really think twice before leaving the house this weekend."