Mexico: Mexico’s lower house of Congress on Thursday (AEDT) approved a bill that would decriminalise cannabis for recreational, medical and scientific uses, bringing it a step closer to creating one of the world’s largest markets for the plant.

Backed by the administration of President Andres Manuel Lopez Obrador, the bill marks a major shift in a country bedevilled for years by violence between feuding drug cartels. 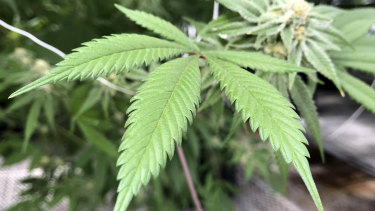 The leaves of a marijuana plant.Credit:AP

Lawmakers approved the bill in general with 316 votes in favour and 127 against. Now, the Senate needs to review and approve the bill.

If passed, the law would create a huge market, which foreign companies are eager to tap.

The bill would allow five types of licenses for the cultivation, transformation, sale, research and export or import of marijuana. Only people 18 years and older, and with a permit, would be able to grow, carry or consume marijuana and its derivatives.

“Today we are making history,” said Simey Olvera, a lawmaker from Lopez Obrador’s ruling Morena party who was wearing a mask with marijuana leaves printed on it. 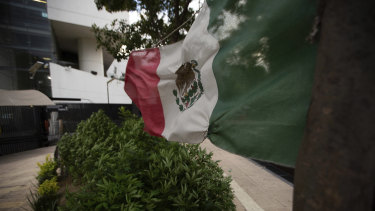 Marijuana plants wave in the wind along with a Mexican flag at a camp outside of the country’s Senate building in Mexico City where the vote took place.Credit:AP

“With this, the false belief that cannabis forms part of Mexico’s serious health problems is left behind.”

Lopez Obrador, whose ruling Morena party has a majority in both chambers of Congress, has argued that decriminalising cannabis and other narcotics could help combat Mexico’s powerful drug cartels.

In late 2013, Uruguay became the first country in the world to legalise the production and sale of marijuana in modern times. Other countries in the region, such as Argentina, Chile, Colombia and Peru, allow its medical use.

In 2018, Canada also legalised marijuana, including recreational use, with several large US states also regulating its legal use.