Home » World News » Miles Hall’s mother did everything she could to protect her son with schizoaffective disorder. Police still killed him.

Miles Hall’s mother did everything she could to protect her son with schizoaffective disorder. Police still killed him. 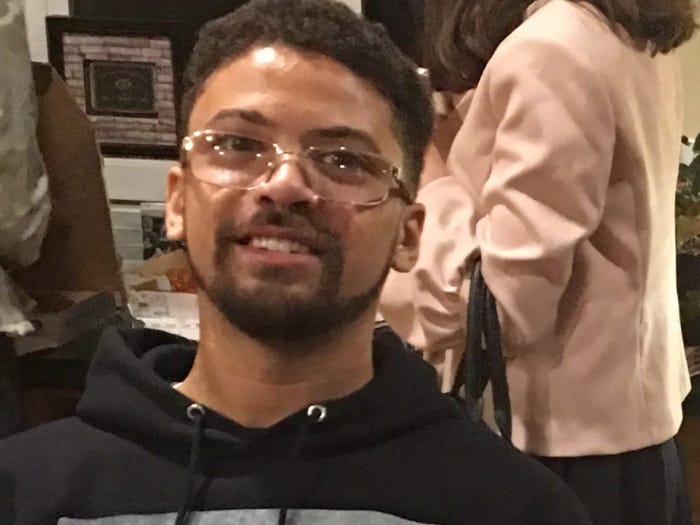 When Taun Hall noticed that her son, Miles, was showing signs of mental illness shortly after graduating high school, she tried to do everything in her power to help him live a happy and successful life.

Hall, of Walnut Creek, California, took classes with the National Alliance on Mental Illness to learn tips on communicating with someone who didn't understand they needed treatment. She also went out of her way to form a relationship with the local police to let them know that her son was a resident of the neighborhood and not a threat.

"Walnut Creek is an affluent white neighborhood, and my son is African American," Hall said. "I felt that if they knew that he was part of the community — he was five years old when we moved here — that he would be treated with dignity and respect and care."

But even these proactive steps didn't prevent Hall's worst nightmare.

When the police arrived, Miles was in the street holding a long metal pry bar that his mom said he had been using to garden. They shot him dead. He was 23.

A mental-health officer trained in de-escalation was there, but that didn't stop the other officers from shooting, Hall told Insider.

Hall didn't want to call the police on her son. But she found it was the only path to involuntary treatment.

Miles played basketball in his freshman year of high school and got good grades, his mother said.

While there might have been signs of an attention disorder, they weren't concerning, she said.

It wasn't until his senior year that his mother noticed a more profound change.

"It was like he wasn't really having plans for when he graduated. He didn't feel like he had to worry about it," Hall said. "It was different than my husband and I. We're all about college. We talked about school being really important. Our daughter is in school. So just the fact that he didn't find that drive, we were just like, well, we'll keep an eye on this one."

Miles graduated, and his behavior continued to escalate.

"He was ranting. Something is going on; we're not sure what," Hall said. "At one point, he started to knock on some of our neighbors' doors, starting to think he was Jesus. So that's kind of when I decided to find out more about what was going on and how I could help him."

Hall took trainings on how to work with a loved one with a mental illness. It was there that she got the idea to connect with law enforcement.

In California and many other parts of the US, parents of adult children are required to prove that they are a danger to themselves or others or are gravely ill to get them involuntarily committed to treatment. The process often involves the court system or law enforcement.

Hall didn't feel like her son was dangerous, but she wanted to make sure he could live a normal life and get the help he needed, she said.

"So I did that," she said. She first reached out to the police three years before Miles' death. "I started a relationship with them."

She was connected with a mental-health resource officer at the department. A lawsuit filed by the family and seen by Insider identifies the officer as Tammy Keagy.

For two years, Hall said, "Miles was plugging along."

"He was doing OK," she said. "He was definitely showing signs of mental illness, but it wasn't very extreme. I didn't want to get the police involved. We wanted to manage it ourselves."

In the spring of 2018, the family noticed Miles was knocking on the neighbors' doors again. When Hall reached out to her contacts at the police department, they said that the behavior she was reporting wasn't threatening, so they didn't have the authority to have him involuntarily committed because of it.

A few months later, though, the family was able to have Miles sent to a residential program. He had gone into a neighbor's pool while in a delusional state and had a pocket knife with him. That allowed Hall to argue that, while her son didn't use the knife, it could have escalated to a dangerous situation for himself and others.

During a nearly two-week stay, Miles was given an injectable medication to treat his schizoaffective disorder.

"When he came back, he got a job. He was doing great. He was making friends and going out. He was a regular old dude," Hall said. "It was like we had Miles back."

Miles began spiraling and thinking he was Jesus, Hall said

About three months later, the district attorney's office filed charges against Miles of resisting arrest and possessing a deadly weapon in relation to the pool incident.

That sent Miles into a spiral, his mom said, and he quit his job because he thought he was going to jail.

By May 2019, he was in full psychosis, Hall said. "He just thinks he's Jesus again," she said. "He's running around planting plants, and he has a lot of energy."

On June 1, Hall called the police nonemergency line and talked to an officer she knew. Hall was assured that officers would be alerted that Miles was having another crisis. She made another call to keep officers in the loop and was working to have him hospitalized so his medicine could be adjusted.

The next day, "Miles is in a full-blown mental-health emergency," Hall said. "He's in a delusional hallucinatory state."

He broke the door. She said Miles had "never done anything like that before."

Hall dialed 911, and the family left their home to try to defuse the situation. She connected with Keagy and was hopeful that with her help, the situation with Miles would de-escalate.

"She asked, 'What is he into now? What does he like?' Because she's going to go there and defuse the situation and talk to him, not go with guns blazing," Hall said. "But that's exactly what happened."

That afternoon, four officers arrived at Hall's home. They ordered Miles to get on the ground.

A police body-camera video showed Miles instead running in the direction of the officers but to their side.

The officers yelled for him to stop. Then they fired their guns.

Keagy was there too, but she didn't fire, the family's lawsuit said.

Hall told Insider that Keagy was the last to arrive and that the other officers had already started engaging with her son.

Hall said she believed that if the other officers had waited for Keagy to arrive before they approached him, they could have had a better result.

Of the five officers who responded to the call, including Keagy, four had received crisis-intervention training, which is designed to give officers tools to de-escalate crisis situations, the department said. Two were also on a crisis-negotiations team.

Despite that training, officers shot at Miles six times, and multiple bullets struck him, the lawsuit said.

Body-camera video showed officers attempting life-saving measures. When the paramedics arrived, Miles was taken to the local hospital, where he was pronounced dead, the police and his mother said.

Hall believes that her son wasn't a threat to the officers but was in a delusional state, trying to get around them while maintaining control of a tool that he thought had been given to him by God.

"He was running toward the officers, not at the officers," she said. "He was trying to get away from them. They're blocking his way home right now. They blocked the entrance to where he would have gone home."

The police department said that Miles presented a threat to the officers and that he was carrying a weapon — which his mother described as a gardening tool — so they didn't have time to de-escalate the situation.

Two officers — one with one year of experience and the other with four — fired their guns, the lawsuit and the department said. A sergeant and supervisor who was a member of the crisis-negotiations team was armed with a rifle and didn't fire. An officer with six years of experience shot a less lethal bean-bag gun. Keagy had a stun gun ready but didn't use it.

'They didn't come with compassion. They just came with guns.'

Hall thought she was doing everything right, but it didn't prevent her son from being killed.

"I trusted them," she said.

She added: "Every time I called, Miles wasn't doing anything wrong. He was experiencing psychosis, and I was trying to get him help so he could live a normal life."

Dennis Kenney, a former Florida police officer and current professor at the John Jay College of Criminal Justice, said that the failures in Miles' case started before the fatal police response.

Crisis-intervention training isn't a perfect solution for preventing harm. It's designed to teach officers how to recognize when a person is in distress so that they have better context to address the situation.

While that context can be helpful, it only goes so far in situations where officers believe their lives are in danger, he said.

"In theory, that works somewhat. But when it comes to very aggressive behavior — or at least perceived aggressive behavior — it doesn't change that you believe you're about to be hurt," Kenney said. "If I feel terribly threatened, then the reason why you're threatening me becomes much less important than the threat itself."

Research on police shootings suggests the opportunity to alter the outcome of a possibly fatal police response doesn't happen in the seconds a police officer has to decide "shoot or don't shoot," Kenney said. It happens the moment the police approach the person.

After watching the body-camera footage in Miles' case, Kenney said that one way the police might have been able to handle it differently would have been by approaching him calmly.

"A group going to a neighborhood yelling at him with guns in your hands probably isn't the best way to de-escalate," he said.

Ultimately, though, by the time these officers got there, they were already in a difficult position, Kenney said.

"The failure — or at least the last failure — is not at the moment when the shooting happened," Kenney said. "The greater opportunities to intervene were earlier than that."

No matter how hard Hall tried to seek help for her son, she found no success.

If there were a more straightforward way to get her son into residential treatment, she wouldn't have needed to rely on the police department or called it to respond to issues involving his mental health, she said.

She believes that the mental-health system has failed her family.

"I would have done anything to have had someone else to call to come and help him. They didn't come with compassion. They just came with guns," Hall said. She added that the officers "were yelling at him within 30 seconds and shooting in a minute."

Hall, her husband, and their daughter are still grieving the loss of Miles.

Hall settled her lawsuit against the city for $4 million, but the family's attention remains on pushing for reform in California.

They and their supporters through the Miles Hall Foundation attend monthly City Council meetings. They are working on a local pilot program to ensure that unarmed, trained clinicians respond to mental-health-related calls, as well as examining other alternatives.

The funds she received in the settlement are going to the foundation's work.

"We're all just trying to figure life out now," Hall said of her family. "The work we're doing with our foundation, it's stuff we talk about a lot, because we're also trying to reduce the stigma. Putting our energy to create change is helping us."