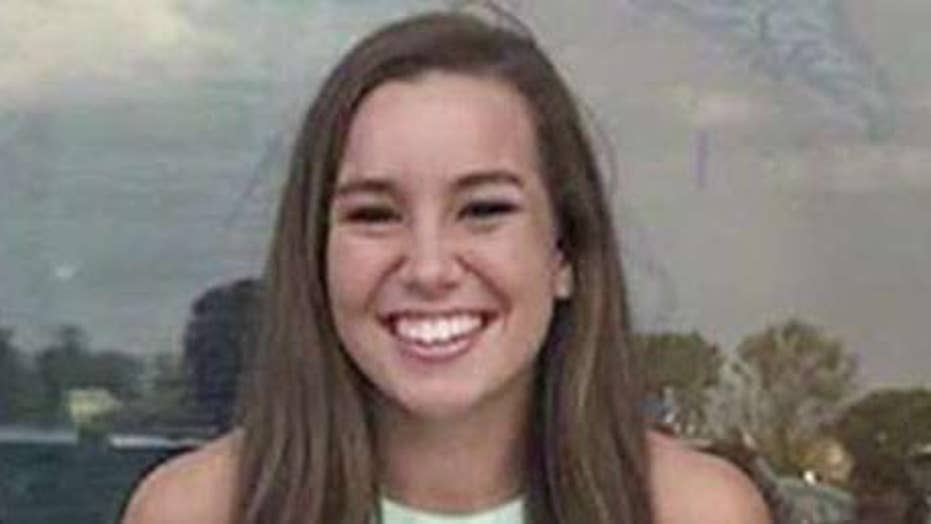 A judge rules that he will not consider written testimony from the man accused of killing 20-year-old Mollie Tibbetts in Iowa.

As the second day of jury selection comes to a close Tuesday, opening statements are expected to begin Wednesday in the trial of the Mexican national charged with murdering 20-year-old Iowa college student Mollie Tibbetts while she was out for a run in her hometown.

Prosecutors warned potential jurors about the graphic evidence to be shown during the trial of Cristhian Bahena Rivera, 26, is accused of stabbing Tibbetts to death in July 2018 as she ran through the rural town of Brooklyn, in Poweshiek County, before disposing of her body in a cornfield.

Rivera, wearing headsets to listen to Spanish interpreters, sat in the courtroom at RiverCenter, a convention center in Davenport, as defense attorney Chad Frese and assistant Iowa Attorney General Scott Brown questioned a pool of potential jurors on whether they could remain fair and impartial.

When the court was adjourned Tuesday, 15 jurors total had been selected, with three alternates. Eight were women, seven were men – most were believed to be White. Judge Joel Yates warned jurors not to read, watch or listen to media “as an added precaution.”

At one point Brown told the potential jurors, “We are going to talk about the death – the violent death – of a young girl.” Later, he asked if anyone would have trouble hearing and seeing evidence he described as “unpleasant” and no one in the panel of potential jurors raised their hands.

Frese addressed Rivera’s immigration status at the top of his questioning.

“Anyone here heard of his status?” Frese asked the second panel, with some raising their hands. He followed up with, “Anything you heard cause you to form an opinion?” No hands were raised.

He also asked whether Rivera’s first language not being English would have an impact and if anyone believed Rivera should not enjoy the same constitutional rights as others. No hands were raised.

The trial, which was delayed due to the coronavirus pandemic, has been moved to Scott County – about 100 miles east of Brooklyn – after defense lawyers noted local residents had “very strong opinions” about Rivera’s guilt and his Mexican nationality and were nearly all White. Scott County’s population is diverse by Iowa standards, but still roughly 80% White and 7% Hispanic or Latino.

Tibbetts went for her routine run on July 18, 2018 through Brooklyn, population 1,700. She never made it back to the home where she was dog-sitting for her boyfriend and his brother, who were out of town.

Hundreds of law enforcement officials were called in to scour the area over the course of five weeks before Rivera allegedly led investigators to her remains found buried beneath leaves in a cornfield on Aug. 21, 2018. Speaking ahead of the 2018 midterm elections, then-President Trump noted the arrest in the case that had made national news and called for immigration reform.

Iowa Gov. Kim Reynolds, a Republican, also promised to bring justice to Tibbetts’ killer, citing the “broken immigration system allowed a predator like this to live in our community.”

In the courtroom Tuesday, Brown was seated with Poweshiek County Attorney Bart Klaver.

Frese also asked a potential juror who said he likes to hunt if he was familiar with weaponry, specifically his knowledge of knives. His questioning then moved on to self-incrimination and what the potential jurors thought of someone taking the stand in their defense or opting not to. He then zeroed in on accusations and confessions.

The criminal complaint says investigators questioned Rivera after spotting his Chevy Malibu on surveillance video. Rivera allegedly told investigators he began running besides Tibbetts when she threatened to call the police. The complaint says he has no memory of what happened next and when he came to, Rivera said he drove to a cornfield, where he realized he had Tibbetts in his trunk.

The complaint says when Rivera saw blood on her head, he said he hid her in a secluded area of the field. Investigators said Rivera led them to her body. Tibbetts’ mother said she died of multiple stab wounds, including to the chest and skull.

Rivera had worked in rural Poweshiek County for four years at Yarrabee Farms, where he was employed under an alias and lived rent-free. Authorities have described Rivera as an undocumented immigrant, but another defense attorney representing Rivera, Allen Richards, said in a court filing in August 2018 that he was working in Iowa legally – despite providing his employers with a fake name.