A FAMILY awoke to find their car surrounded by 11 black bins by dustmen who were heard shouting: "block that f***ing car in".

The bizarre incident was caught on CCTV outside a home in Chadderton,
Oldham, on Wednesday morning. 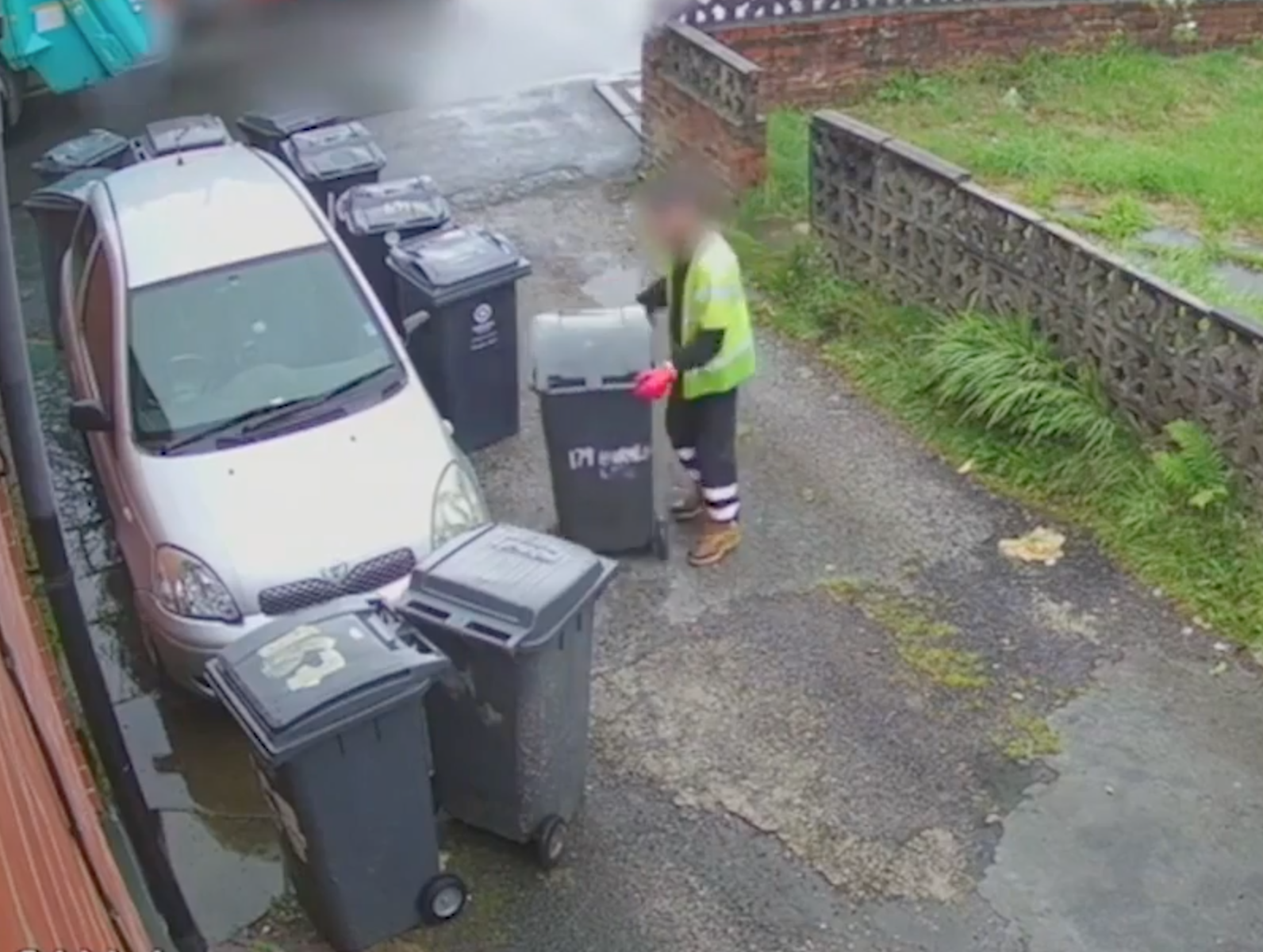 In the footage the three dustmen can be seen walking down the side of
the house as one of them points at the car.

After emptying the bins in the wagon they then deliberately surround
the silver Toyota Yaris with them.

The car owners, a couple in their late 50s and early 60s who do not
want to be named, say similar incidents have been happening on and off
for the last decade.

Their daughter told the Manchester Evening News: "It started when they
left two or three bins behind the car, so we asked them if there was
any chance they could leave them round the back.

"Since then it happens about once every four to six weeks – it's become a recurring thing.

"It seems like it's personal, it's just 'Eff you, we'll put them where we want'.

"My mum and dad are just fed up with it, but they just deal with it. They don't want to make a fuss, but I think it's bullying.

"My dad works until midnight every night and he has to go out and move all the bins.

"Why should he have to do that? It breaks my heart. It really upsets me.

"I just think it's disgusting. "

An Oldham council spokesman told The Sun: "This is clearly unacceptable behaviour.

"We’ll be interviewing the staff involved in line with the council’s
disciplinary procedures.

"Officers have visited the address and have apologised to the resident."

It's become a recurring thing. It seems like it's personal, it's just 'Eff you, we'll put them where we want'.

The incident took place a day after binmen in Oldham were praised for
their efforts during the pandemic.

In a statement updating residents on when green bins would be
collected again, Oldham council said: "Our bin crews have been working
under very difficult working conditions.

As with other council services the virus has had an impact on our staff and the ways they can work safely.

"Many of you came out and clapped them as they emptied your bins and
this gesture along with many other messages of support have been really appreciated.

"To protect our teams and to stop the spread of COVID-19, all our
staff must follow government guidelines around social distancing. This
also applies to when they are in the cabs.

"So, at the minute, we can only have two people in the wagons – one
being the driver.

"This impacts on how much waste and recycling we can collect. We don’t
want to get behind on the rounds so we are collecting what we can. 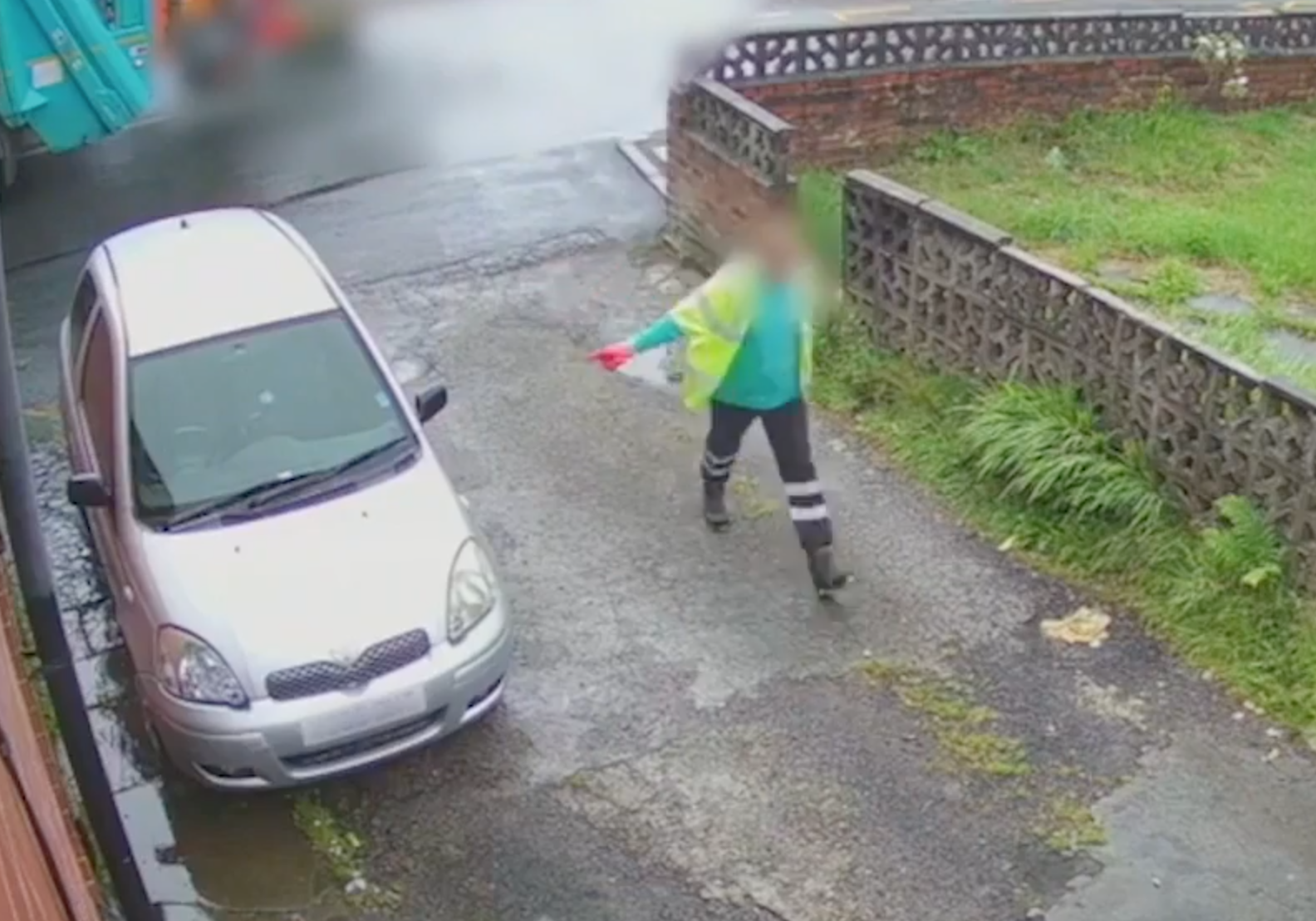 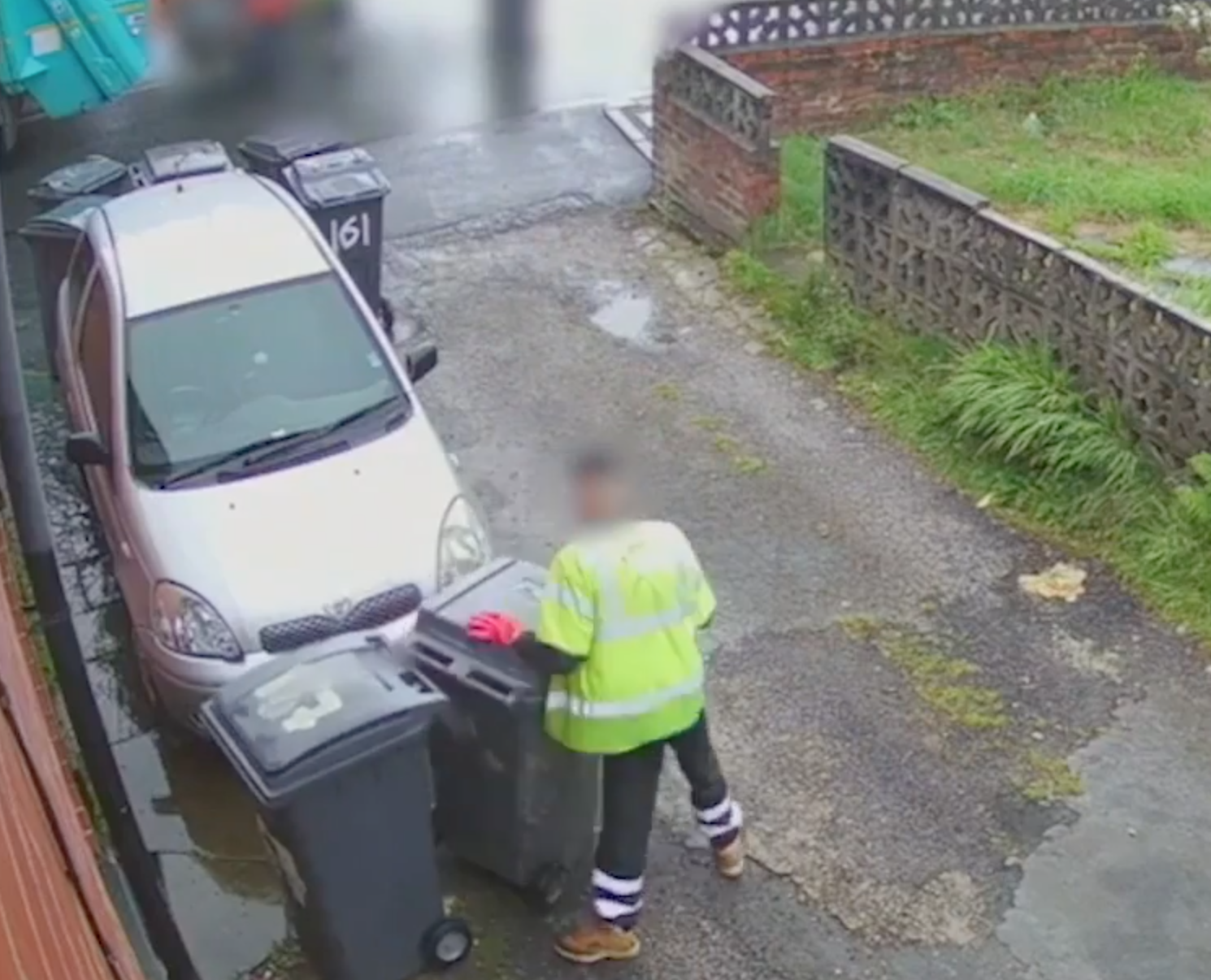 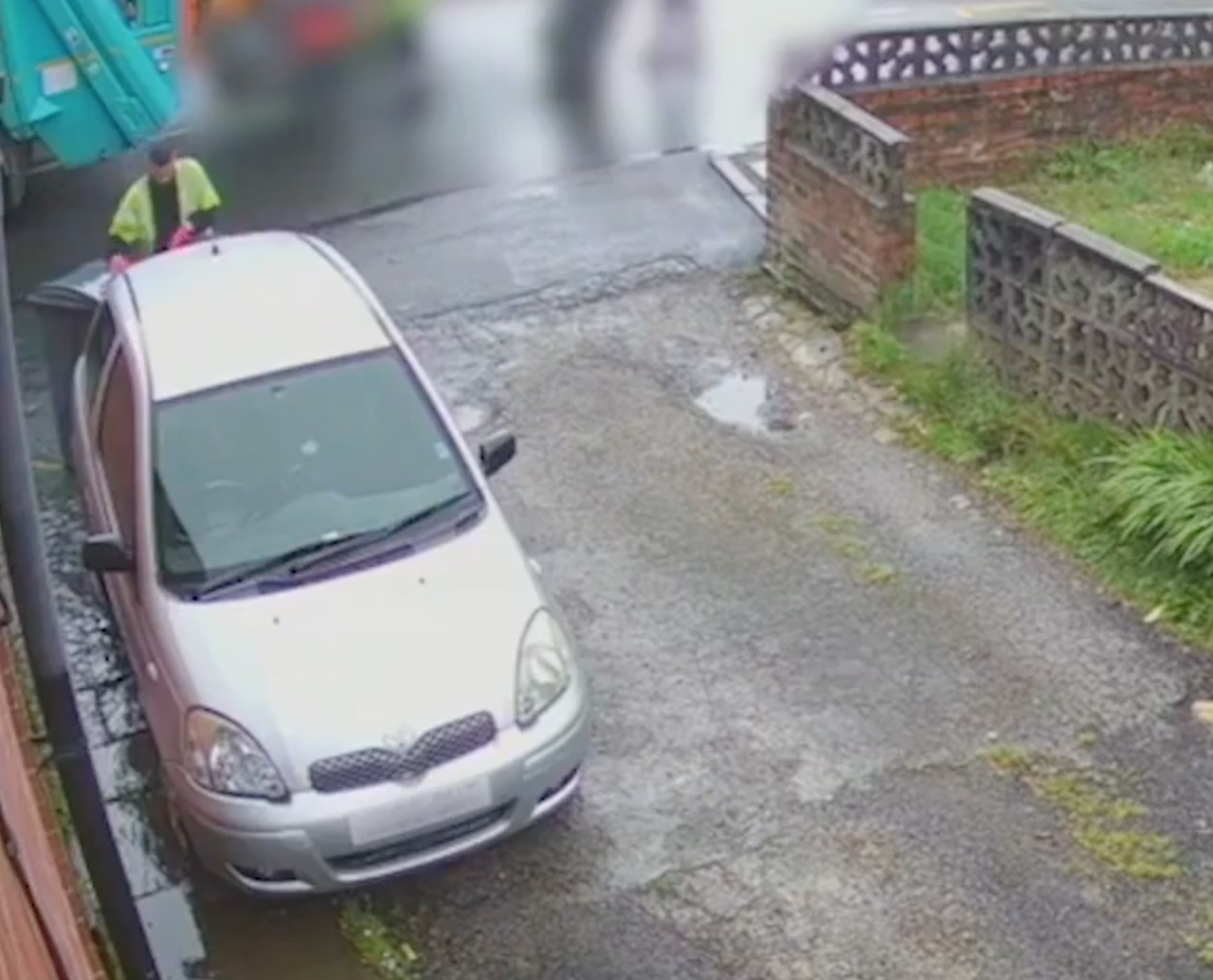