A CROCODILE killed and ate a fisherman only to then be sliced open by hunters who discovered his severed head inside its belly.

The 13ft long reptile was pulled out of the water by angry locals who were searching for the missing man in the Lakar River delta, Indonesia, on April 26. 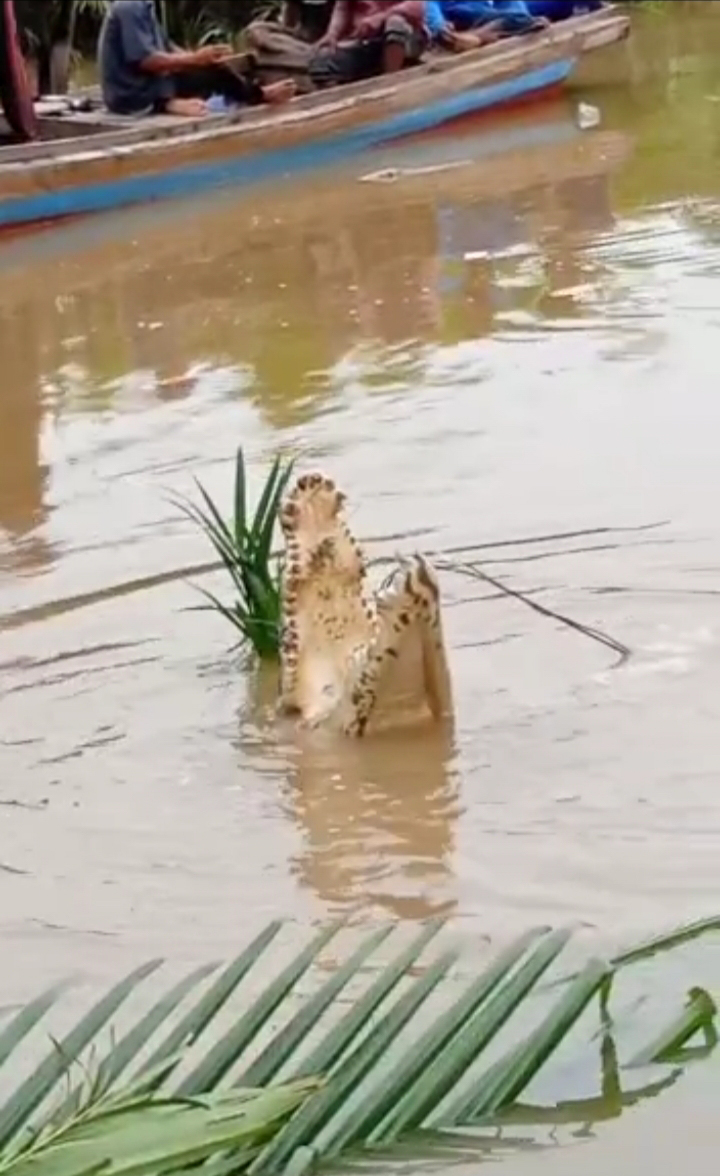 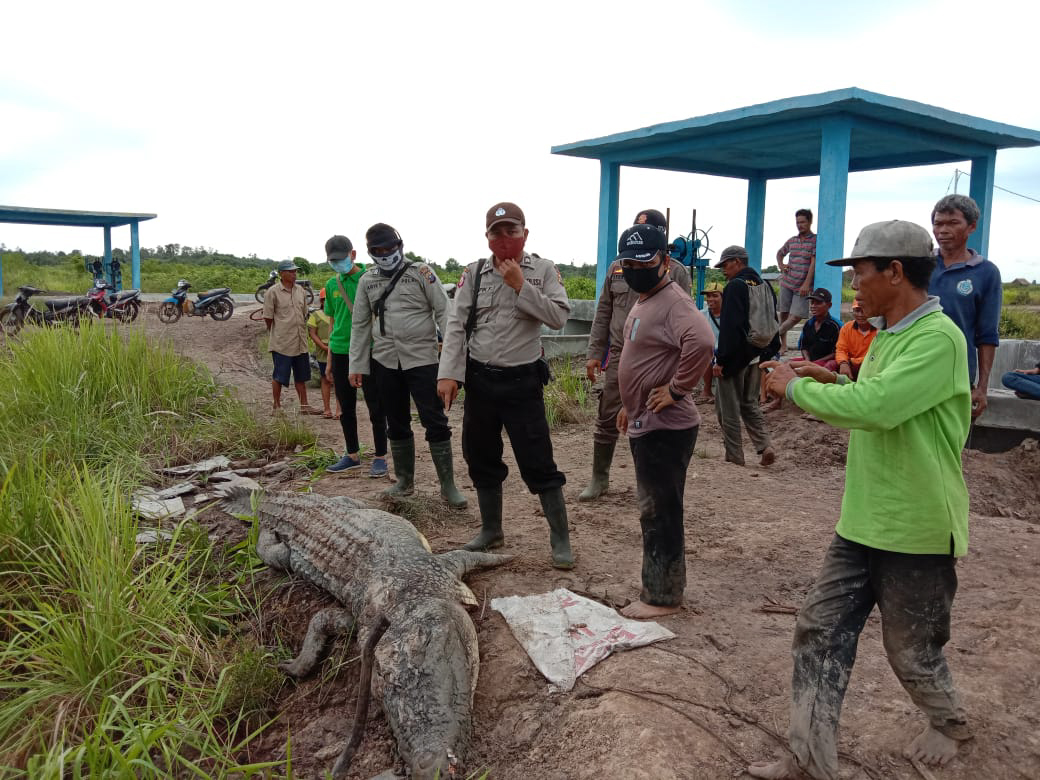 Syafri, 55, was fishing  when he was dragged into the river by the saltwater crocodile in killed in the region of Siak.

His friend Toha witnessed the attacked and managed to scramble up the banks for safety, screaming for help.

Residents in the nearby village of Teluk Lanus reported the attack to police and launched teams to hunters to try and find Syafri and the croc.

During a search on Monday, they stumbled across a severed leg washed up on the river bank.

And not long later, they managed to snare the crocodile and shoot it dead.

Dragging it from the murky water, they pulled it along a dirt track before slicing open its belly.

Gruesome footage shows them rummaging through the croc's guts as they search for their missing friend.

The man's lifeless head is then pulled from the crocodile's open stomach after it had been swallowed whole.

Eventually, they also find severed arm inside the animal's stomach in the grim footage. 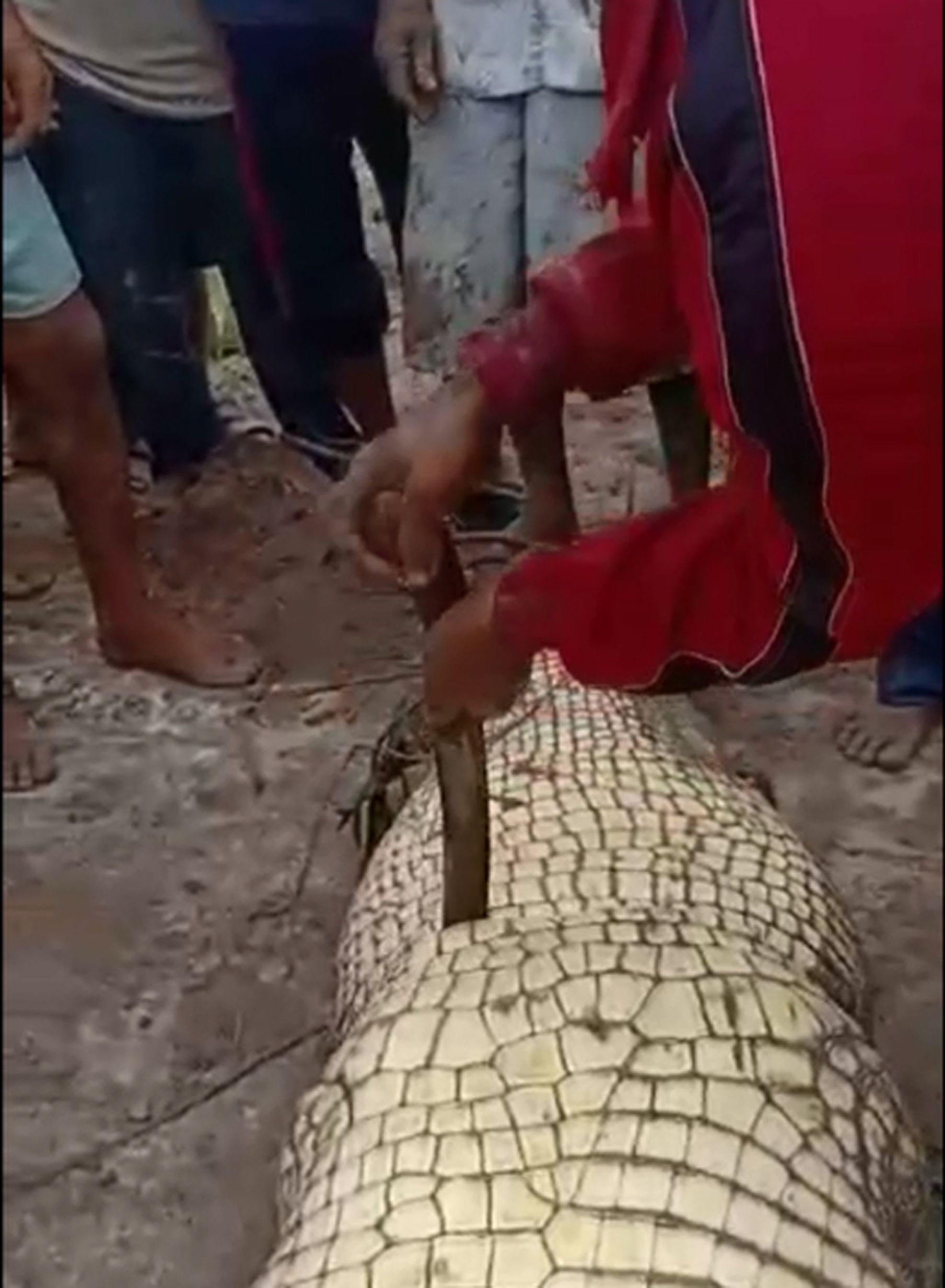 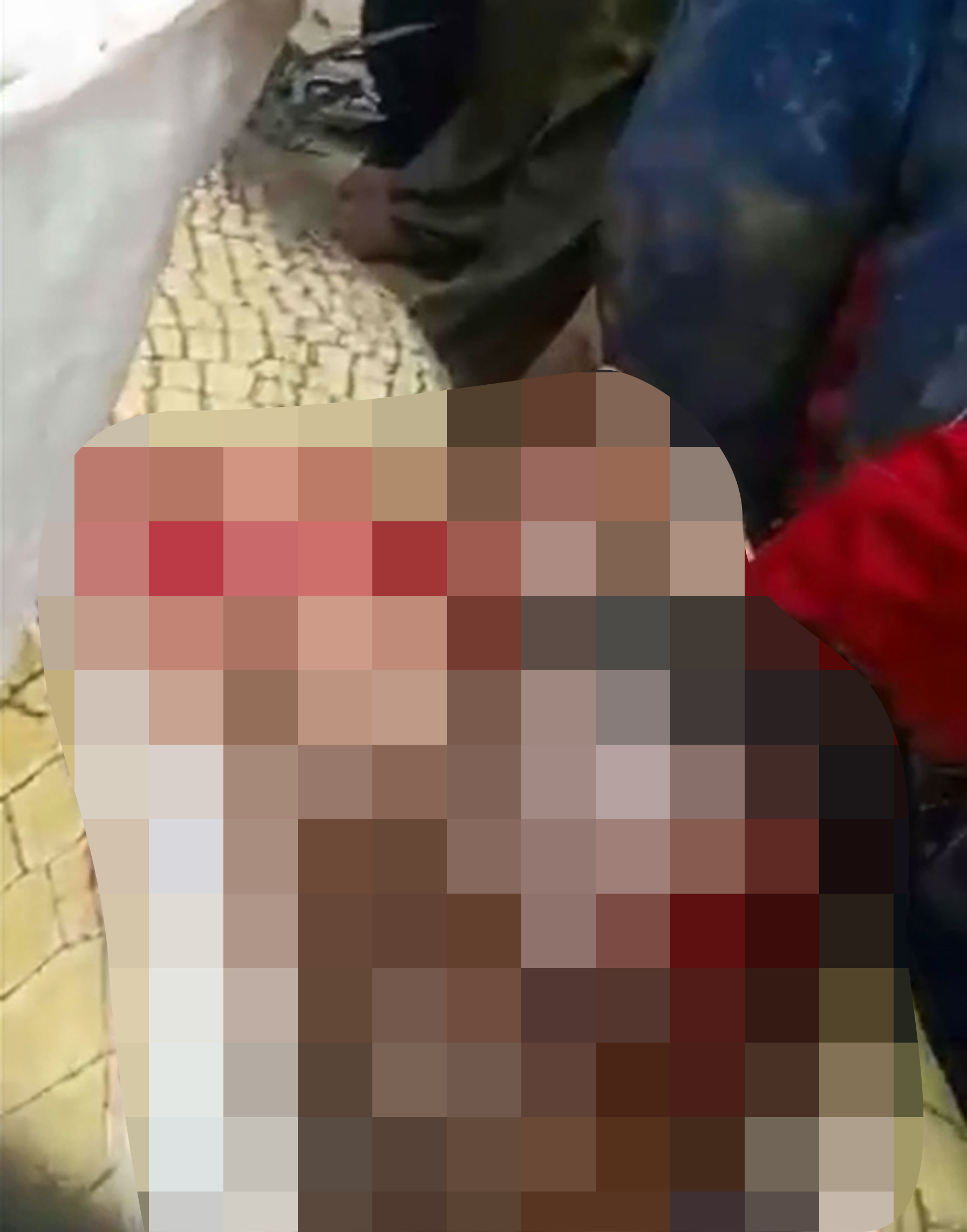 The expert said fisherman's death was tragic – but locals had been warned no to go fishing or swimming in the swamps around the delta.

Warnings had been put out in June 2019 telling locals of the danger posed by the saltwater crocodiles.

Saltwater crocodiles are apex predators that use ambushes to seize their prey from riverbanks, before drowning it and then swallowing the animal – or person – whole.

Indonesian local slaughtered 300 crocodiles back in July 2018 in a string of revenge attacks after a man was eaten in West Papau. 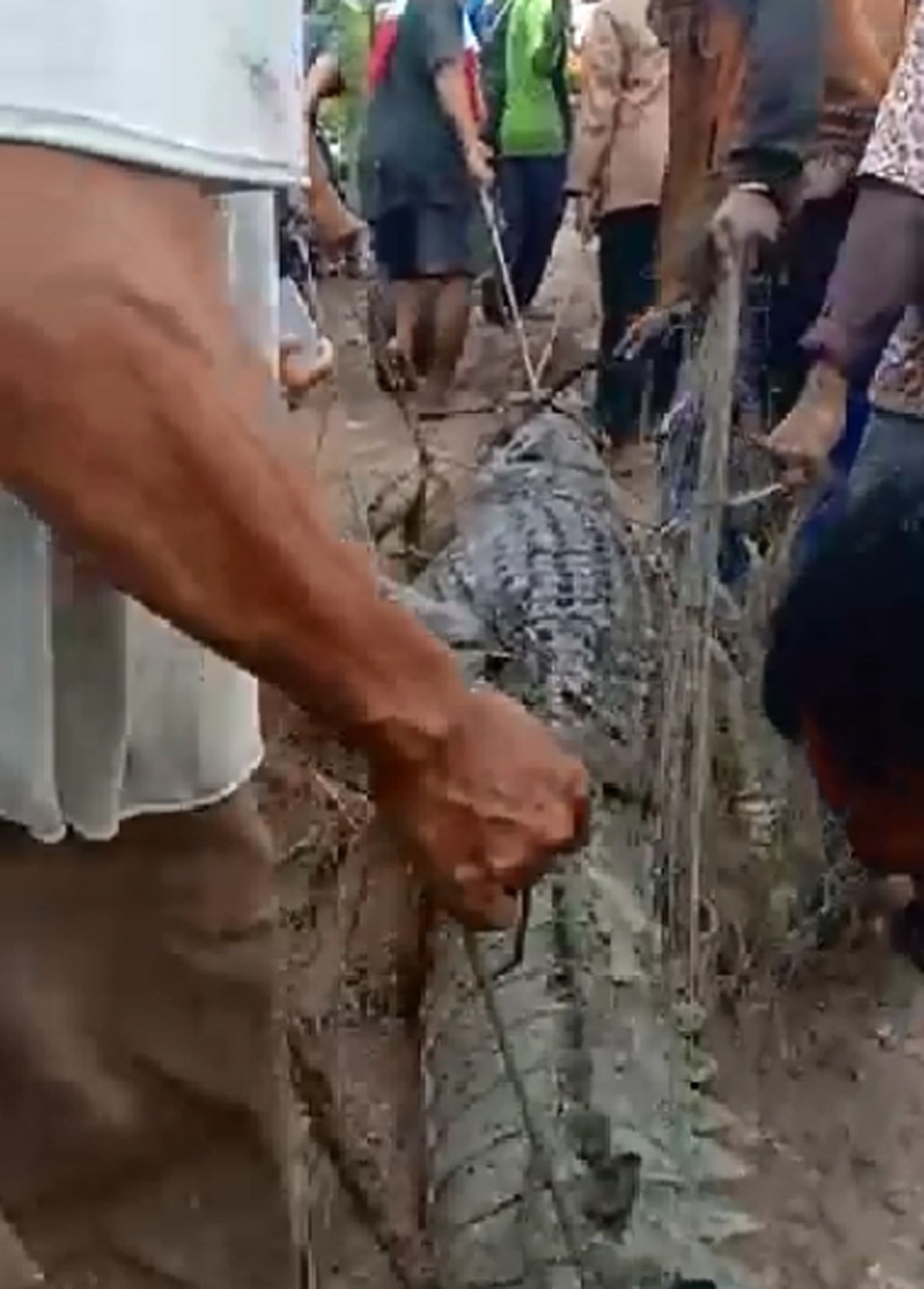 Heru said: ''We received the information that the attack happened on Sunday night.

"We have long warned the public to avoid saltwater crocodile habitat and be careful around that area. This was not the first attack, similar attacks have happened before around the Lakar River.

"The victim probably did not know the area was a habitat for saltwater crocodiles."

Heru said that wildlife officials were powerless to act against the villagers who killed the croc but he vowed to increase patrols to map the habitat of the crocodiles to try and prevent future attacks.

He added: “Saltwater crocodiles are among the wild animals protected by the law. It is the authority of the Police or the Environment and Forest Ministry’s law enforcement centre."

It comes after terrifying footage emerged of a massive crocodile lurking just a few feet from a man in Australia.