Taliban insurgents were seen rolling into the capital of Afghanistan during a live broadcast today as westerners desperately attempt to flee the embattled nation.

Sky News’ chief correspondent Stuart Ramsay reported that he saw a Taliban procession in Kabul, having first heard shouting while filming on a hotel.

He then spotted a group walking with the jihadi group’s white flag.

Mr Ramsay said in a broadcast: ‘I think it’s a procession of the Taliban, yes it is, there’s the white flag, and they’re coming down the street just next to us.

‘They’re led by a white flag and they’re chanting as they go down… I can’t see people with weapons at all – doesn’t mean they’re not but they’re not openly carrying weapons as far as I can tell.

‘You couldn’t ask for a better illustration of the fact that the Taliban aren’t just in Kabul but they’re right in the centre of it, they’ve just walked past the Presidential Palace.’

Harrowing pictures show people waiting near Kabul Airport’s runway to escape from the country’s capital – as the Taliban entered the presidential palace.

Concerned passengers were also seen inside the Hamid Karzai International Airport earlier today – as news came that the country’s president had left, joining his fellow citizens and foreigners in a stampede fleeing the advancing Taliban. 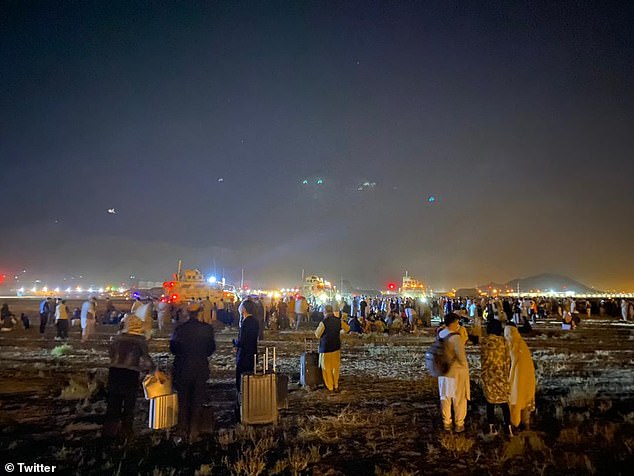 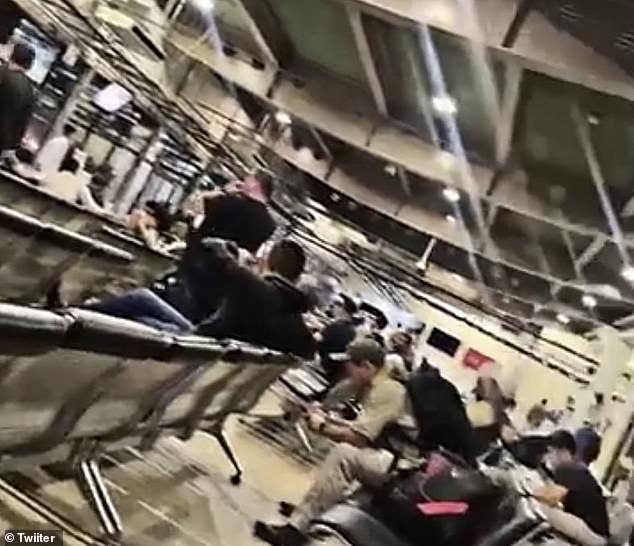 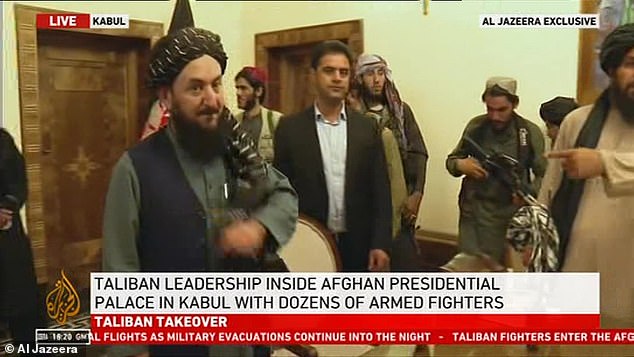 And several hundred employees of the US embassy in Kabul have been evacuated from Afghanistan, a US defense official said Sunday, as the Taliban entered the capital.

The international airport in Kabul is still open to commercial flights, the official said on condition of anonymity, as evacuation efforts accelerated.

Boris Johnson said the US decision to withdraw from Afghanistan had ‘accelerated’ the current situation and claimed that the Government is getting Britons out of the country ‘as fast as we can’.

Now, following a meeting of Cobra, Mr Johnson said the situation in Afghanistan remains ‘difficult’, and the Government’s priority is ‘to make sure we deliver on our obligations to UK nationals in Afghanistan, to all those who have helped the British effort… over 20 years and to get them out as fast as we can.’

The Prime Minister today said that it is ‘clear’ there is ‘going to be very shortly a new government in Kabul, or a new political dispensation’.

He told Sky News that it was ‘fair to say the US decision to pull out has accelerated things, but this has in many ways been a chronicle of an event foretold’. 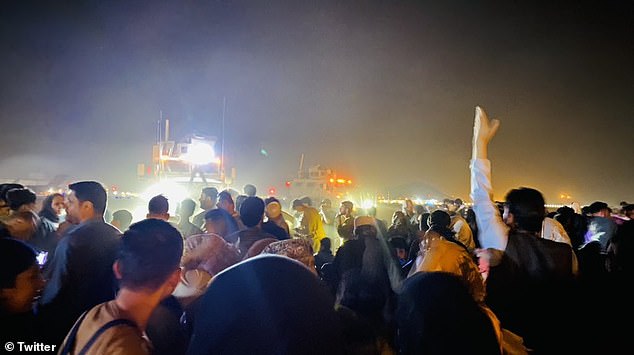 Pictured: Scenes at the airport in Kabul as the Taliban enter Afghanistan’s capital 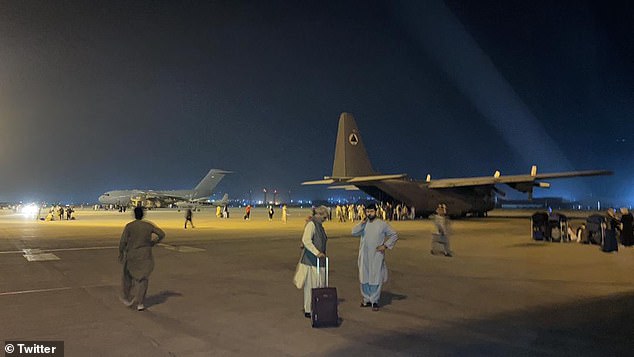 Mr Johnson added: ‘I think we’ve known for some time this is the way things were going and as I said before, this is a mission whose military component really ended for the UK in 2014, what we’re dealing with now is the very likely advent of a new regime in Kabul, we don’t know exactly what kind of a regime that will be.’

Tory MPs blasted the PM and Mr Raab over the escalating crisis and called for British troops to be redeployed.

Tom Tugendhat, Tobias Ellwood and Johnny Mercer, all former soldiers, said the UK needs to take action to push back the Taliban and rescue civilians.

Mr Tugendhat slammed the Foreign Secretary and questioned why Britain had not heard from him ‘in about a week’. The Chairman of the Commons Foreign Affairs Committee branded it ‘the biggest single foreign policy disaster’ since Suez.

Defence Committee chairman Mr Ellwood said the fighting was a humiliation for the West.