More than 40,000 thank-yous! Postmaster is forced to take over local school to handle 100th birthday cards for Captain Tom

A postmaster has been forced to take over an empty school as more than 40,000 cards pour in to mark the 100th birthday of Captain Tom, who raised £28million for the NHS.

The 99-year-old, who crowdfunded the sum by walking lengths of his garden in Marston Moretaine, Bedfordshire, was flooded with letters ahead of his centenary on April 30, which were sorted by the South Midlands Mail Centre in Northampton.

Bedford School, attended by Captain Tom’s grandson, Benjie, accepted the delivery after providing their Great Hall for socially-distancing staff to open each card. 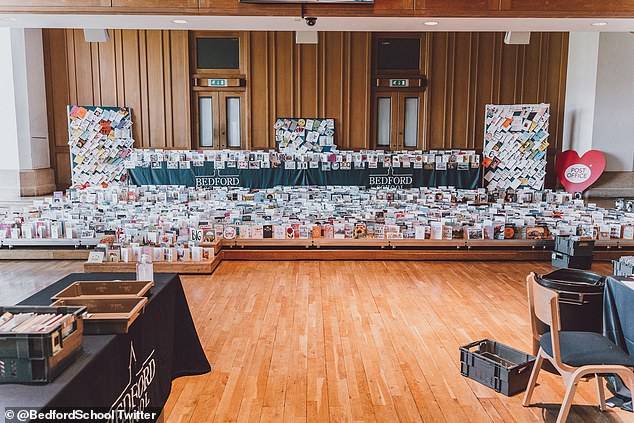 Bedford school’s Great hall transformed into a sorting office for Captain Tom Moore’s birthday cards, as he received more than 40,000 letters ahead of his centenary on April 30 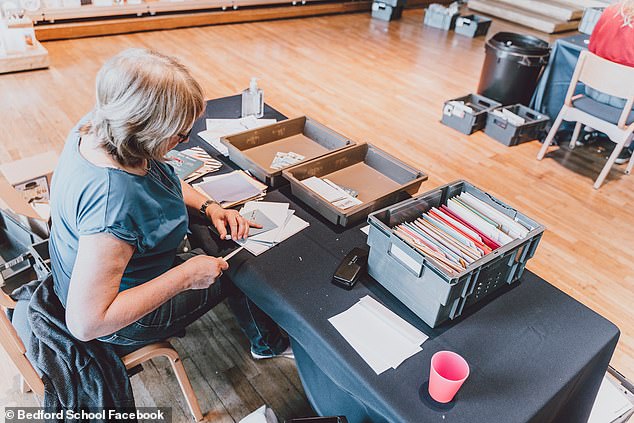 A team of socially-distancing staff began the huge task of opening the tens of thousands of 100th birthday cards sent to Captain Tom, who raised over £28million for the NHS

Bill Chandi, who is in charge of the local post office, told the Bedford Independent: ‘In all my years as a Post Master, I’ve never seen anything like this.

‘We’re ecstatic for Tom. Whenever he used to pop into our shop he’d always say to me that post offices are at the centre of the community.

‘I spoke to him on Saturday and told him that’s certainly true now.’

Staff at the mail centre have now reprogrammed sorting machines to separate Captain Tom’s mail into a dedicated collection box, and are expecting to deal with hundreds of thousands of cards and letters in the next few days.

Stephen James, the manager at the centre receiving thousands of cards for the veteran, told the BBC: ‘None of the team have ever known one person receive so much mail.’ 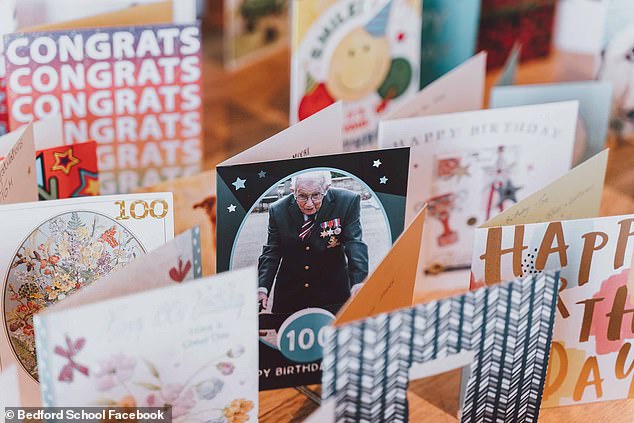 A close-up picture of some of the 100th birthday cards sent to Captain Tom. The 99-year-old crowdfunded the sum by walking lengths of his garden in Bedfordshire 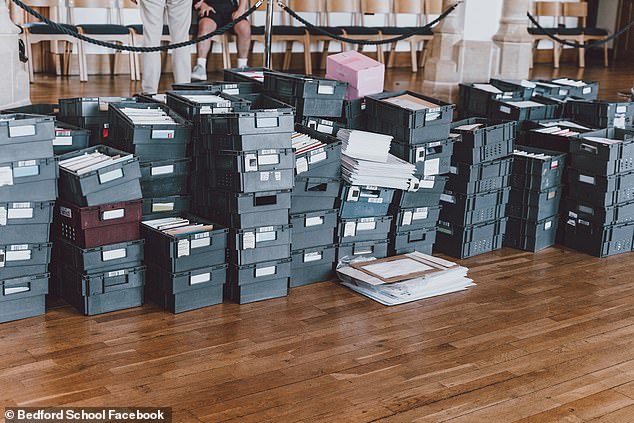 She added: ‘I’m having to get used to the thought of sharing you with millions and millions of people.’

Royal Mail will use a special postmark to wish Captain Tom a happy birthday, appearing on all stamped mail in the UK beginning next week.

Captain Tom has said plans for his 100th birthday party were affected by the coronavirus lockdown, but the huge swathes of support the country has voiced for him was ‘a party enough for me’. 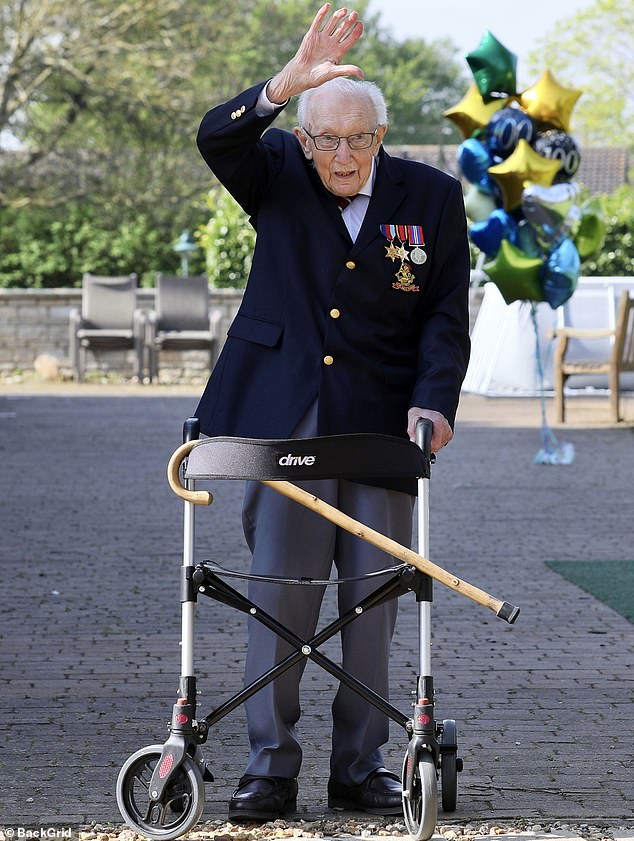 Captain Tom, pictured, raised over £28million for the NHS by walking 100 laps of his garden. The Second World War veteran wished the Queen a happy 94th birthday yesterday

He had started raising money to thank NHS staff who helped him with cancer treatment and a broken hip – and has since launched a cover of You’ll Never Walk Alone with Michael Ball and the NHS Voices of Care Choir.

At the time of writing, Captain Tom has raised over £28million for the NHS on his JustGiving page, after completing his 100th lap.

People have started campaigns for Tom to be knighted and Tom said the generosity of people had been amazing.

He said: ‘It’s unbelievable, it’s difficult to imagine, that sort of money that has been coming in from kind people all over the county.

‘To the NHS and back up people and all doctors and services throughout the world, we have got to say well done to all of you because you are putting yourself into danger and doing it cheerfully’.

It comes as the UK announced another 828 deaths from coronavirus yesterday, taking Britain’s total number of victims to 17,337.