MORE than a third of Brits have already planned what meal they are going to order when restaurants open for indoor dining – with pub grub at the top of the list.

After months of restrictions, the wait is over as customers can once again eat inside a pub, café or restaurant with friends and family from Monday. 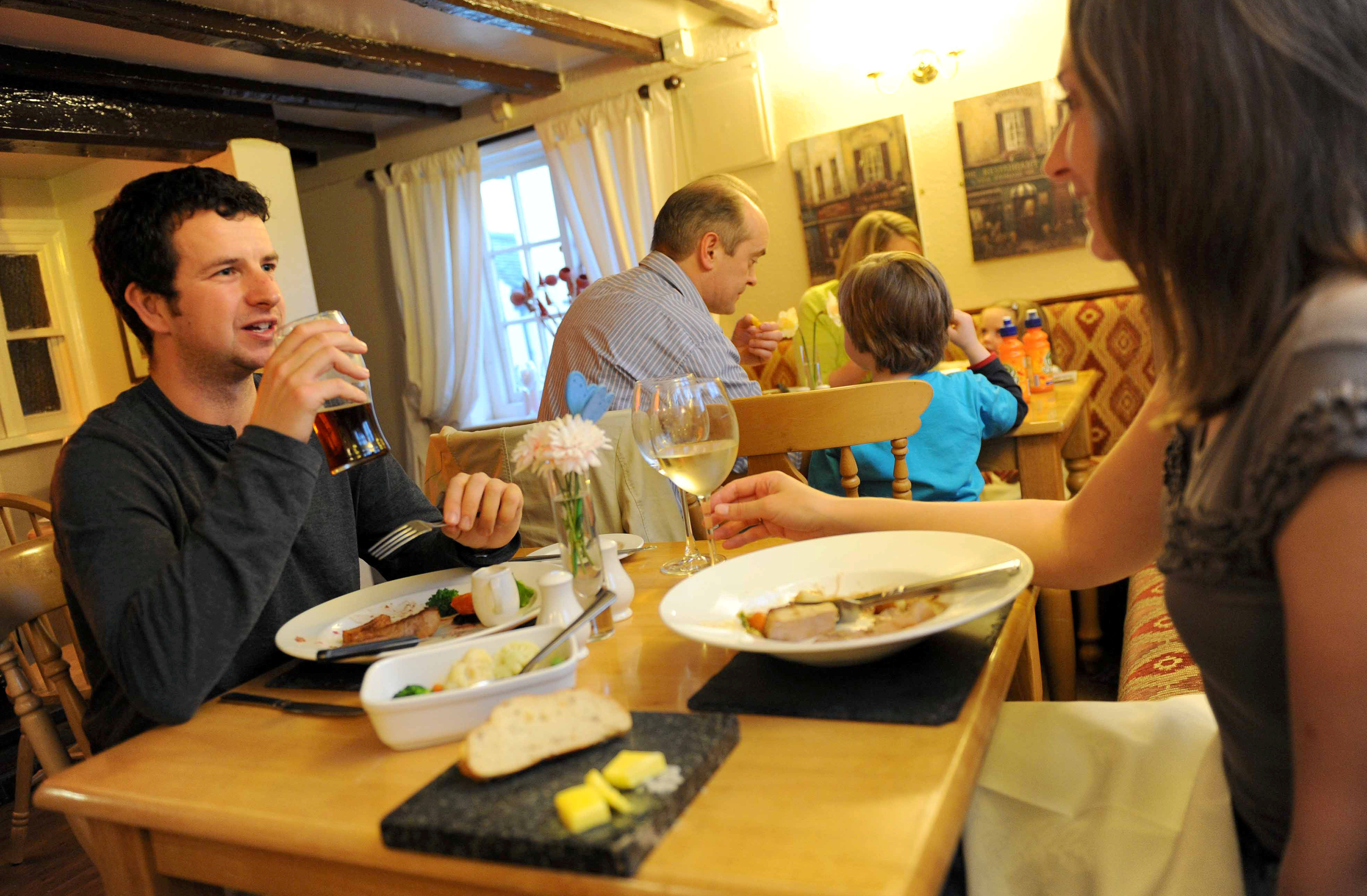 And a study of 2,000 adults, by comparethemarket.com, has found that the average adult already has four bookings in the diary.

While 17 per cent have got seven or more booked, enough to eat out every day for a week.

It also emerged that 29 per cent have been putting money aside to enjoy themselves now indoor dining with friends and family is allowed again.

Nearly a third (30 per cent) also plan to eat out more than they ordinarily would, to ‘make up for lost time’.

"It’s not just the food we’re missing from the restaurant experience, it’s the whole ambience.

“This includes the little things like the smell of tasty food cooking, the chatter and buzz coming from other diners, and the joy of being back out with friends and family.

“Of course, not having to do your own washing up is also a pretty big positive.”

The study found more than a quarter (27 per cent) of adults named someone else doing the dishes as one of the things they have missed most about dining out.

Nearly a quarter (23 per cent) are looking forward to getting dressed up to go out for dinner, while 14 per cent can’t wait to enjoy complimentary bread on the table.

Showing that old habits die hard, more Brits are looking forward to eating the dishes they know and love (28 per cent) than trying new ones (25 per cent).

And when it comes to the cuisines Brits are most likely to enjoy when the freedom to dine indoors is granted again, classic pub grub comes top of the list (17 per cent).

This was narrowly followed by Italian food (12 per cent) and an Indian feast (seven per cent).

More than one in three adults (35 per cent) admit it’s likely they’re going to end up eating out several nights a week when indoor dining is allowed again.

Four in 10 (41 per cent) would even go so far as to say not being able to enjoy restaurant dining has been one of the worst parts of lockdown for them.

Nearly three quarters (72 per cent) also confess to taking going out to a restaurant on a whim for granted, prior to the pandemic.

Julie Daniels added: ‘’We understand that people are keen to get back out and to support their local restaurants, helping them get back on their feet after such a challenging period.

‘’Our research shows that more than a third of Brits (35 per cent) are eager to help hard-hit restaurateurs in recovering financially and are planning to do their bit by eating out, to help them out.

‘’For those eating out, there are some great offers to benefit from with our Meerkat Meals reward, from 2 for 1 on selected food at participating restaurants from Sunday to Thursday or 25 per cent off the entire bill at a number of venues on various days of the week.

‘’There is something for all our rewarded customers to enjoy, be it at your favourite chain restaurants or local independents. Check the Meerkat app to see what’s available near you.’’

THE TOP THINGS BRITS MISS ABOUT DINING OUT