Mother, 20, of baby girl who was murdered by her partner is cleared of allowing her death as boyfriend is convicted of inflicting ‘catastrophic’ injuries to the child

The mother of a baby girl who was murdered by her partner has been cleared of allowing her death as her boyfriend is convicted of inflicting ‘catastrophic’ injuries to the child.

Chelsea Crilly, 20, was found not guilty of allowing her baby’s death while  her partner Jamie Chadwick was found guilty of murdering her daughter Orianna Crilly-Cifrova.

Chadwick, who had tried to blame  Crilly for the death of the baby at first, faces a life sentence. 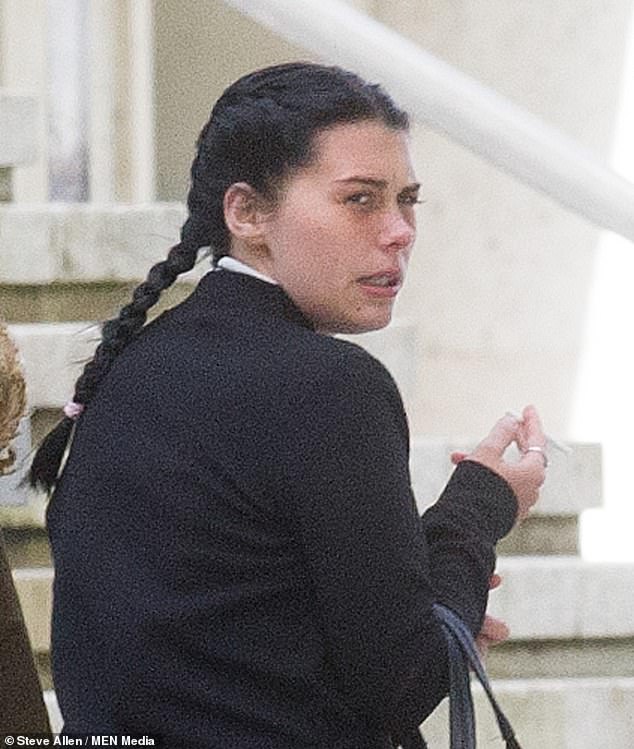 Chelsea Crilly, 20, was found not guilty of allowing her daughter’s Orianna Crilly-Cifrova death

Crilly had left Chadwick alone with Orianna while accompanying his sister on a trip to the doctors on the 16th of October last year.

While she was away, Chadwick brutally attacked Orianna and inflicted catastrophic injuries which proved fatal.

Crilly returned to her flat in Radcliffe to find Orianna strapped in her pram but ‘floppy’ and ‘completely white’ and rushed her to hospital, the court heard.

The baby had a fractured skull, a fractured vertabrae in the neck and two fractured ribs and died at the Royal Manchester Children’s Hospital when treatment was withdrawn on October 17.

Chadwick had initially claimed she had been injured while falling down some stairs. 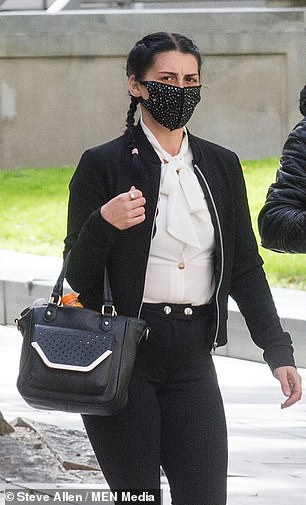 Jamie Chadwick tried to blame  Crilly, 20 (pictured) by saying she had kicked Orianna

But medical experts said this explanation was not backed up by the evidence.

The child’s injuries were consistent with either being picked up and swung, hit ‘very hard’ with a blunt object or having someone stamp on her head, jurors heard.

The court was told Ms Crilly tried to protect Chadwick by saying it was her who had been on the toilet when Orianna was injured.

She lied to social services, saying she had not been living with Chadwick and that he didn’t have access to the youngster.

During the trial Chadwick tried to blame Ms Crilly for her daughter’s death.

He said she ‘side-footed her underneath her bum’ and, when Chadwick asked what she was doing, Crilly replied: ‘I have hurt my baby’.

Chadwick, who is not Orianna’s father, said: ‘I loved Chelsea and I didn’t want her to get into trouble, I took the blame for her.

‘I should have just told the truth. While I have been sat in the dock Chelsea has been blaming me for everything.

‘I should have told the truth at the start.’

Chadwick faces a life sentence after previously being found guilty of murder.

Jurors were told that Ms Crilly was warned about the danger Chadwick could pose to children as she knew he was under investigation by police and social services over unexplained serious brain injuries to another young child. 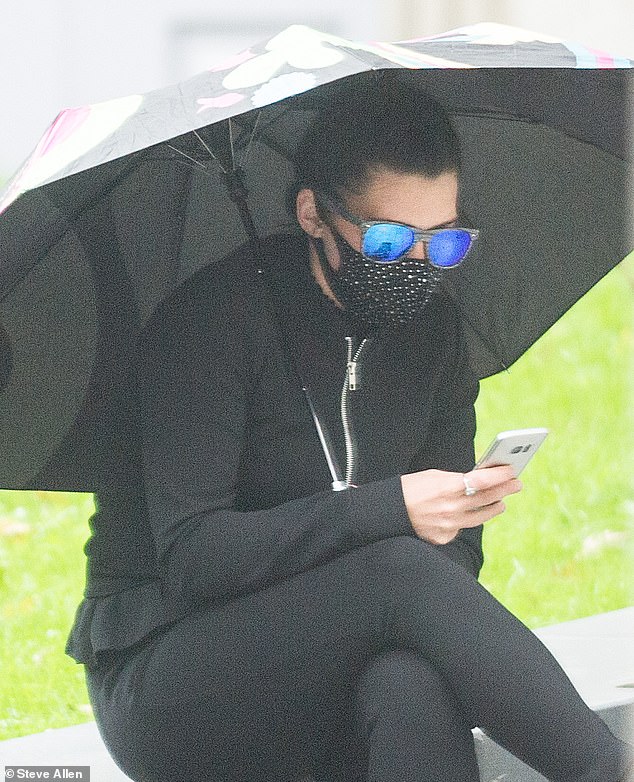 Chadwick denied any responsibility for the injuries in July 2018 when he was living under the same roof as the six-month-old boy and his mother, and was subsequently told in December 2019 he faced no further action.

Ms Crilly’s legal team said she had been ‘deceived’ by Chadwick, who they described as a ‘scheming liar’.

Barrister Ian Henderson QC told jurors: ‘It is crystal clear now, is it not, that she is painfully aware that she has been deceived by Jamie Chadwick and the consequences of her falling for his lies have been the death of her daughter.’