Mother slams 'lenient' sentence for stepfather who killed her daughter

‘He killed her in cold blood because he wanted to watch the football’: Mother calls for review of ‘incredibly lenient’ 11-year jail term for stepfather who beat her three-year-old daughter to death then said she fell

The mother of a three-year-old who was brutally killed by her stepfather after she refused to eat lunch has slammed his ‘incredibly lenient’ sentence.

Hannah Butler, 29, was left shocked when Paul Marsh, 27 – who was found guilty of manslaughter – was handed an 11 year sentence – of which she says he will ‘likely serve just six years’.

Hannah and Jessica’s grandma, Casey Jell, 49, have since started a petition asking for a sentence review for Marsh.

It comes after the Attorney General referred the sentences of Emma Tustin and Thomas Hughes to the Court of Appeal over the death of Arthur Labinjo-Hughes.

Meanwhile, the eight-year jail term for the mother of murdered toddler Star Hobson has also been referred to the Court of Appeal after it was deemed ‘unduly lenient’ by the attorney general, it was revealed last week.

In December, Frankie Smith was jailed after being convicted of causing or allowing her daughter’s death. She was cleared of murder.

Sixteen-month-old Star was murdered by Smith’s partner Savannah Brockhill who was sentenced to life in prison, with a minimum term of 25 years. 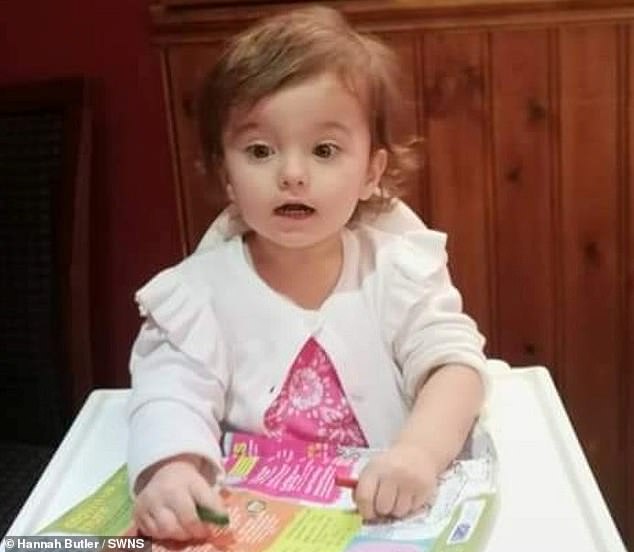 Residential home carer, Marsh, had beaten little Jessica Dalgleish, while her mother was at work covering a shift he had called in sick for.

He became angry after she wouldn’t eat a ham sandwich while he was trying to watch football scores on Sky Sports.

The 27-year-old claimed Jessica had fallen down the stairs and he had found her slumped behind the banister, on 21st December 2019.

He sent a text to mother Hannah detailing the ‘accident’ and she insisted he call 999 while she rushed home – despite him calling a hospital visit ‘pointless’.

Jessica – who suffered from complex learning difficulties – was airlifted from Folkestone to King’s College Hospital in London, but died on Christmas Eve from fatal brain injuries caused by a cracked skull.

Marsh’s account of what had happened was unclear, prompting an investigation by detectives from Kent Police and his subsequent arrest. 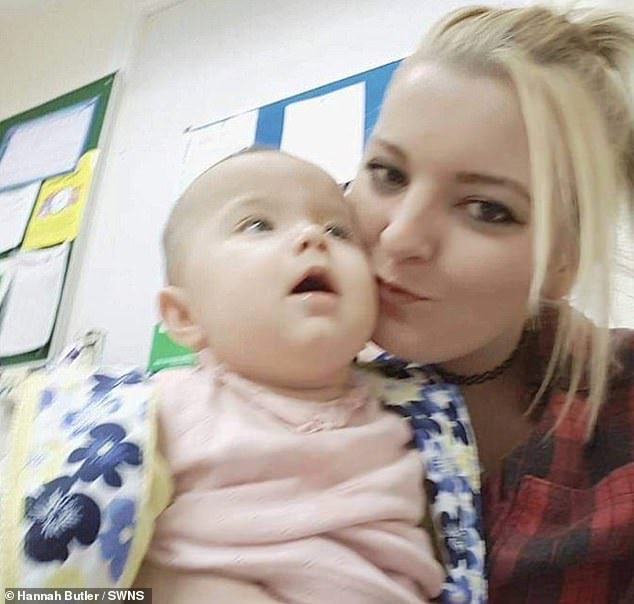 After a jury trial, at Maidstone Crown Court, Marsh was sentenced on December 20, 2021 – leaving Jessica’s grieving mother ‘livid’ at the sentence.

Hannah, from Sandgate, Kent, said: ‘I’m just staggered that he was handed such a short jail term.

‘It was 11 years but in reality he’ll serve six if that, it’s just disgusting considering what he’s done to my baby girl.

‘He killed her in cold blood because he wanted to watch football on TV. I should never have allowed him around her, but I trusted him.

‘She was extremely vulnerable, and he knew that. I thought he would be safe, I met him working in a care home, but how wrong I was.

‘The trial proved that it wasn’t a one off, he’d hurt her before and gotten away with it because she used to bang her head a lot due to her disability. 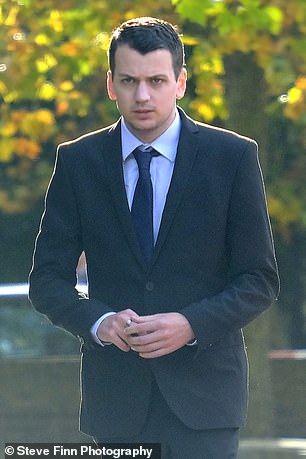 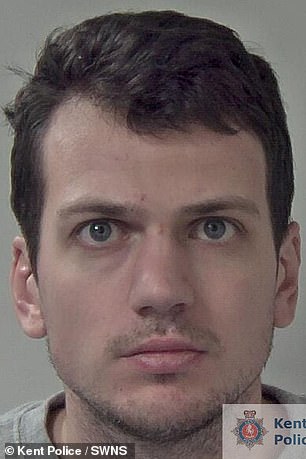 ‘This has destroyed my confidence completely. I’m starting a petition for an appeal for a proper sentence.

‘I won’t accept that the sentence he got fits his crimes and I won’t rest until we have justice.’

Hannah started dating Marsh in February 2019 after initially meeting at work in October 2017.

He moved in with her and her children in August 2019.

She said: ‘He was a really quiet guy, he seemed good and kind. I never saw any different, he kept up his nice guy act in front of me at all times.

‘I had no reason to be suspicious. I’d even done full background checks on him before even letting him meet Jessica. 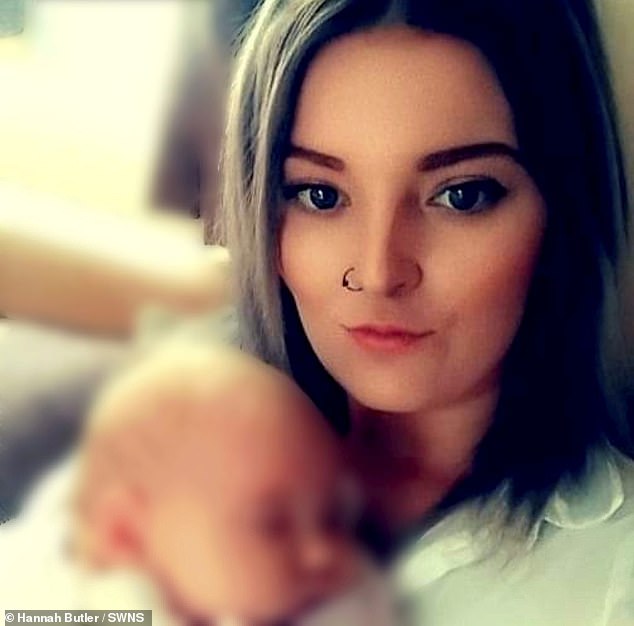 ‘Jessica was my life, I’d never have intentionally put her at risk.’

On December 13, 2019 – just weeks before Marsh killed Jessica – Hannah received a call from her nursery who were concerned about facial bruising.

‘The hospital just accepted it was due to her headbanging behaviour as did I,’ she explained.

‘Jessica had lots of difficult behaviours including pulling her hair out and bashing her head off things.

‘She was undergoing assessments at the time she was killed.

‘Paul knew all about Jessica before we got together. It never crossed my mind it would have been Paul hurting her.

‘I went to the GP later that week and got her a protective helmet to help cushion her head, I really thought it was just that.’

On December 21, 2019, Marsh called in sick to the care home he and Hannah both worked in.

With staff at dangerously low levels, Hannah agreed to go in for her shift early.

Hannah said: ‘He wasn’t even sick, he just couldn’t be bothered to go in. It had become clear to me that he didn’t really like our job, not like I did.

‘So I left Paul to look after Jessica because I trusted him. It was the worst mistake of my life.’

At 3.15pm Marsh messaged his partner to saying ‘you need to call me’ after she’d been at work for just a few hours.

On the call he explained that Jessica had fallen down the stairs, but according to Hannah he ‘didn’t sound at all concerned’.

Despite this, the worried mother insisted he call 999 and left work to rush home.

She said: ‘I got there as loads of paramedics were there – all gathered around. Jessica was on the sofa naked. 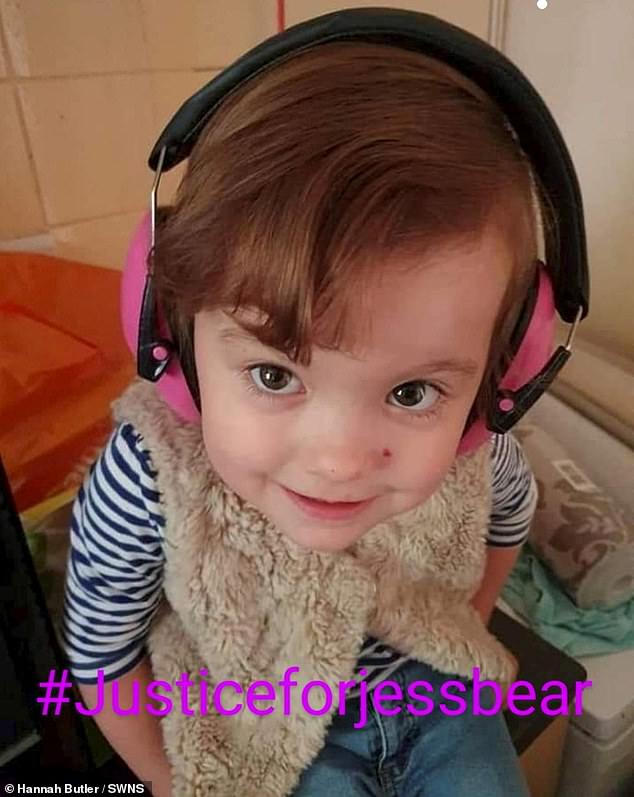 ‘It was brought up in court why she had no clothes on, Paul said he’d undressed her to check for bruises but that literally doesn’t make sense at all.

‘He was first aid trained, he’d know not to do that. Jessica was totally unresponsive, it was horrific.

‘I was beside myself.

‘Before we left to go to hospital, Jessica was taken in an air ambulance, he said: ‘I’m going to go down for this’.

‘At the time I didn’t think much of it because I was so worried about her but later it dawned on me as a really strange thing to say.’

After two days in hospital, Jessica died from her injuries.

Marsh, from Sandgate, Kent, denied manslaughter and cruelty to the child in the weeks before her death.

Prosecutor Jennifer Knight QC said he had told the mother that there was nothing wrong with Jessica when she found mystery bruises on her in the weeks before her death.

The court had heard how Jessica – who was under three feet tall and weighed just 2st 11lbs – had been born in February 2016 and suffered from complex autism.

Detective Chief Inspector Neil Kimber, Senior Investigating Officer for the Kent and Essex Serious Crime Directorate, said: ‘This is a tragic case in which a young girl has been robbed of her life before it had really begun.

‘Marsh was reluctant to get medical attention for Jessica on the day he inflicted these injuries, and he has since sought to evade justice by changing his account and lying about what actually happened on that day.

‘A meticulous investigation by my team, including sensitive interviewing of a number of witnesses and careful analysis of complicated medical evidence, has led to Marsh being found guilty of manslaughter.

‘I hope the jury’s verdicts and the sentence handed down today give Jessica’s relatives some sense of closure as they continue to mourn her tragic death.’

Hannah and Jessica’s grandma, Casey Jell, 49, have since started a petition asking for a sentence review for Marsh.

She said: ‘If I could say anything to him now I’d tell him I hate him. If he couldn’t cope, why didn’t he just leave?

‘He was a big man, how could he attack her like that? Over a sandwich? Jessica didn’t even like sandwiches anyway.

‘I’d always told him that she would always live with me, I’d never put her in care, and I think he hated that.

‘Looking back part of me thinks he was jealous because I did baby her, I did shower her with love, she was my baby.

‘He always told me I spoiled Jessica but she deserved a good life. And Jessica’s life deserves more than the sentence he got.

‘He still wouldn’t admit what he did or show any remorse at all. It’s like because Jessica was disabled her life doesn’t matter.

‘But she was an angel, she was my angel and now she’s gone.’