As thousands of Britons raced home to beat the travel deadline from the United Arab Emirates yesterday, one man defiantly declared that he was staying put.

Awkwardly for the Government, that man was one of its own advisers, the multi-millionaire financier Ben Goldsmith.

The Daily Mail can disclose that Mr Goldsmith, who is on the board of the Department for the Environment, Food and Rural Affairs is staying in the UAE with his wife and young children.

‘We are in Abu Dhabi, which has strict quarantine requirements on arrival and almost no cases of Covid,’ he told this newspaper.

However, direct inbound flights from the UAE were banned by Britain from 1pm yesterday after evidence that a more infectious South African strain of Covid-19 had been detected there. Business trips to the UAE will no longer be considered essential. 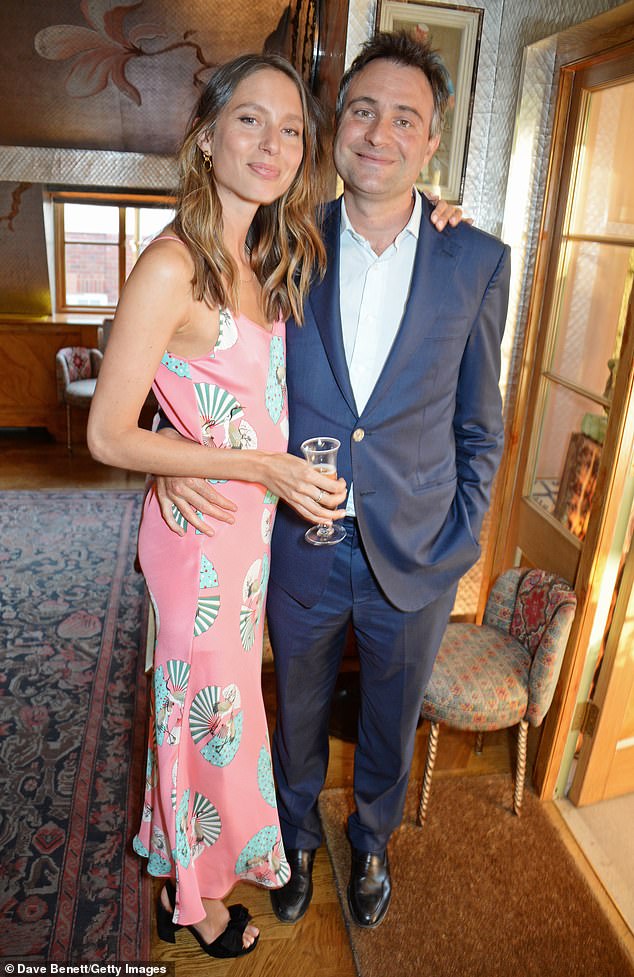 Ben Goldsmith with his wife Jemima on April 18, 2018 in London. The Daily Mail can disclose that Mr Goldsmith, who is on the board of the Department for the Environment, Food and Rural Affairs is staying in the UAE with his wife and young children

The financier, who is the brother of environment minister Lord (Zac) Goldsmith, said he and his family ‘haven’t thought about’ returning to Britain, explaining: ‘We had planned on staying here for quite a bit longer anyway.’

His wife Jemima ‘has work out here’ because she was ‘weighing up plans for a restaurant here’.

Britons returning from the UAE face having to quarantine in airport hotels for ten days. It was still unclear yesterday when this will come into force, but officials are thought to be considering the week beginning February 8.

So Mr Goldsmith, who grew up in the 18th century mansion Ormeley Lodge near London’s Richmond Park, could have to spend ten days with his family at a Travelodge in Hounslow.

The financier, 40, has three children with Jemima, 33, and two surviving children with his first wife, the banking heiress Kate Rothschild, 38. He and his family are currently staying at a home in the desert kingdom bordering the Persian Gulf which they hired through the website Airbnb. 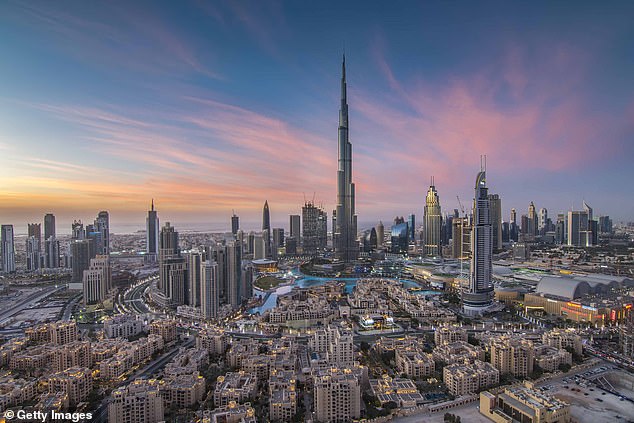 Mr Goldsmith, who is the son of the late billionaire tycoon Sir James Goldsmith and aristocrat Lady Annabel, is keen to stress that he and his family travelled to the UAE (pictured) in ‘mid-December’ before lockdown

He declines to give details about the property but Airbnb has luxurious places on offer such as a six-bedroom villa at £6,575 per night.

However, even then the Government was advising against non-essential travel abroad. The Government emphasised to hopeful holidaymakers that they should ‘carefully consider whether they must travel abroad’. The financier said: ‘We followed all the rules in the UK and here, as you’d expect. We have been away since mid-December, before any new lockdowns or travel rules were put in place back in the UK – and, naturally, we followed all rules and guidance pre-departure.’

Mr Goldsmith was appointed as a non-executive board member of Defra in March 2018. He said: ‘We are both able to work well from here, which we continue to do for the time being.’

Last night a Defra spokesman said: ‘Mr Goldsmith has continued to work remotely in his capacity as a non-executive director.’ 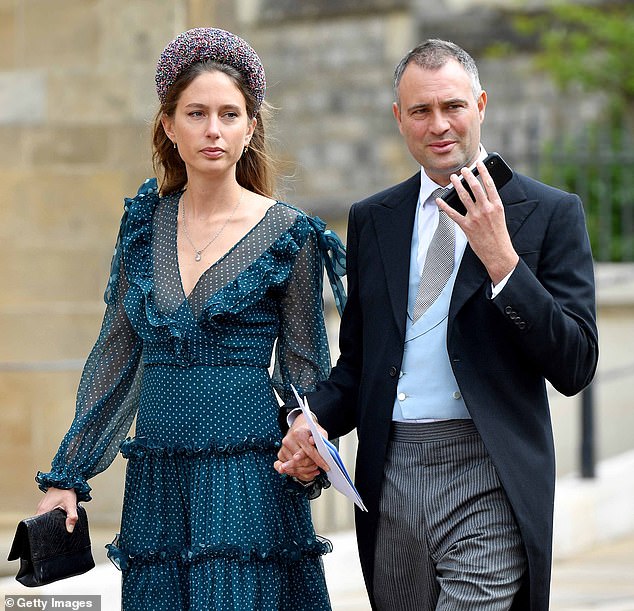 Jemima and Ben Goldsmith attend the wedding of Lady Gabriella Windsor and Thomas Kingston at St George’s Chapel on May 18, 2019

When ministers announced tighter restrictions on international journeys this week, Home Secretary Priti Patel attacked social media influencers ‘showing off in sunny parts of the world’ such as the UAE, which includes Dubai. Although Mr Goldsmith is a prolific user of social media, he has not posted anything online to indicate that he is in the UAE. Indeed, he has regularly made comments on Twitter about rural British matters such as establishing new woodlands.

Last July the Mail revealed that red deer had escaped from Mr Goldsmith’s Somerset farm because of inadequate fencing.

The deer damaged neighbours’ land and Mr Goldsmith admitted to this paper that he had ‘bull****ted’ when he claimed to local farmers that he was having the creatures rounded up.

Mr Goldsmith, a proponent of ‘rewilding’ the countryside, also confessed that he fed wild boar.

At one point he appeared to admit releasing the wild boar – a criminal offence – but later told the Mail he had typed the words ‘wild boar’ in a message in error when he had meant ‘pigs’.