A murder investigation has been launched following the death of a 37-year-old woman in Kettering.

Northamptonshire Police say they were called to Russell Street at about 6.20pm on Monday evening following reports of disorder.

The woman was pronounced dead at the scene by East Midlands Ambulance Service.

A 33-year-old man has been arrested on suspicion of murder. 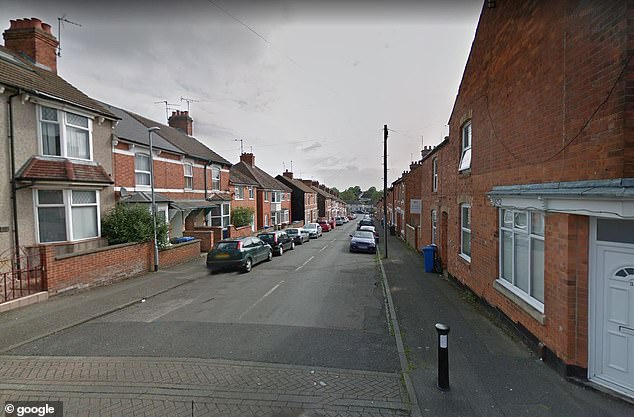 Police were called to Russell Street, Kettering, after reports of disorder. East Mids Ambulance Service pronounced her dead at the scene and a 33-year-old man has been arrested

A screen has been erected in order to block the view of the street.

The Northamptonshire Telegraph reports that at least 10 uniformed officers, as well as four plain clothed officers, are at the scene of the crime.

A resident told the same publication: ‘We didn’t hear anything but we heard the air ambulance.

‘I saw something on Facebook that the police had put up a white tent and I said “that’s our street”.’