Home » World News » My beautiful daughter, 16, was bullied to death by racists after being called ‘monkey’ – and my baby was spat on – The Sun

My beautiful daughter, 16, was bullied to death by racists after being called ‘monkey’ – and my baby was spat on – The Sun

FOUR-year-old Mia O'Neill was playing happily outside her grandparents' home when a passing man shouted out "n****r" and started making cruel monkey noises at her.

It was the start of 12 years of horrific racist abuse for Mia – who scratched off her skin and desperately tried to look 'more white' before eventually taking her own life aged 16.

Click here for the latest news on Black Lives Matter 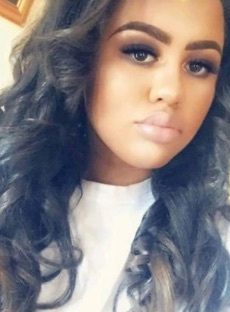 The beautiful mixed-race youngster was relentlessly bullied by adults during her short life – who called her a "fat black whale", "Free Willy" and a "monkey", her grieving family say.

Told she had "Brillo pad" hair by strangers in the street, she'd spend hours straightening her stunning mane of curls in a bid to blend in with other kids in her rural village.

But despite showing immense courage in the face of racism, aspiring make-up artist Mia struggled to cope: she began self-harming aged 11, before attempting suicide last June.

'Bullied to death' by adult racists

For heartbroken mum Aisling, who found her daughter's body, the tragedy was the culmination of years of racism – largely, by adults – which had made Mia feel "unworthy of life".

The 41-year-old is now bravely speaking out to raise awareness of racism and injustice, as Black Lives Matter protesters continue to demonstrate in Britain, Ireland and elsewhere following the death of George Floyd – a black dad who died in US police custody last month. 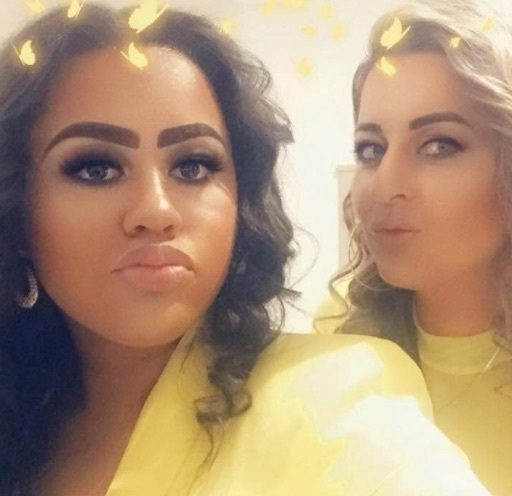 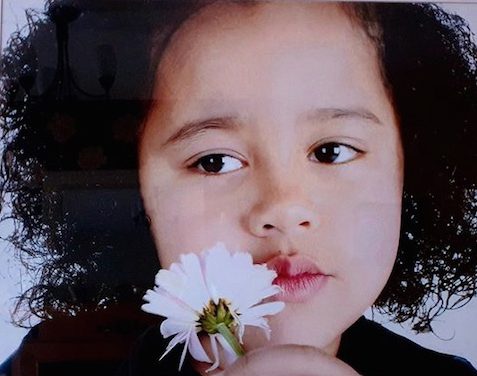 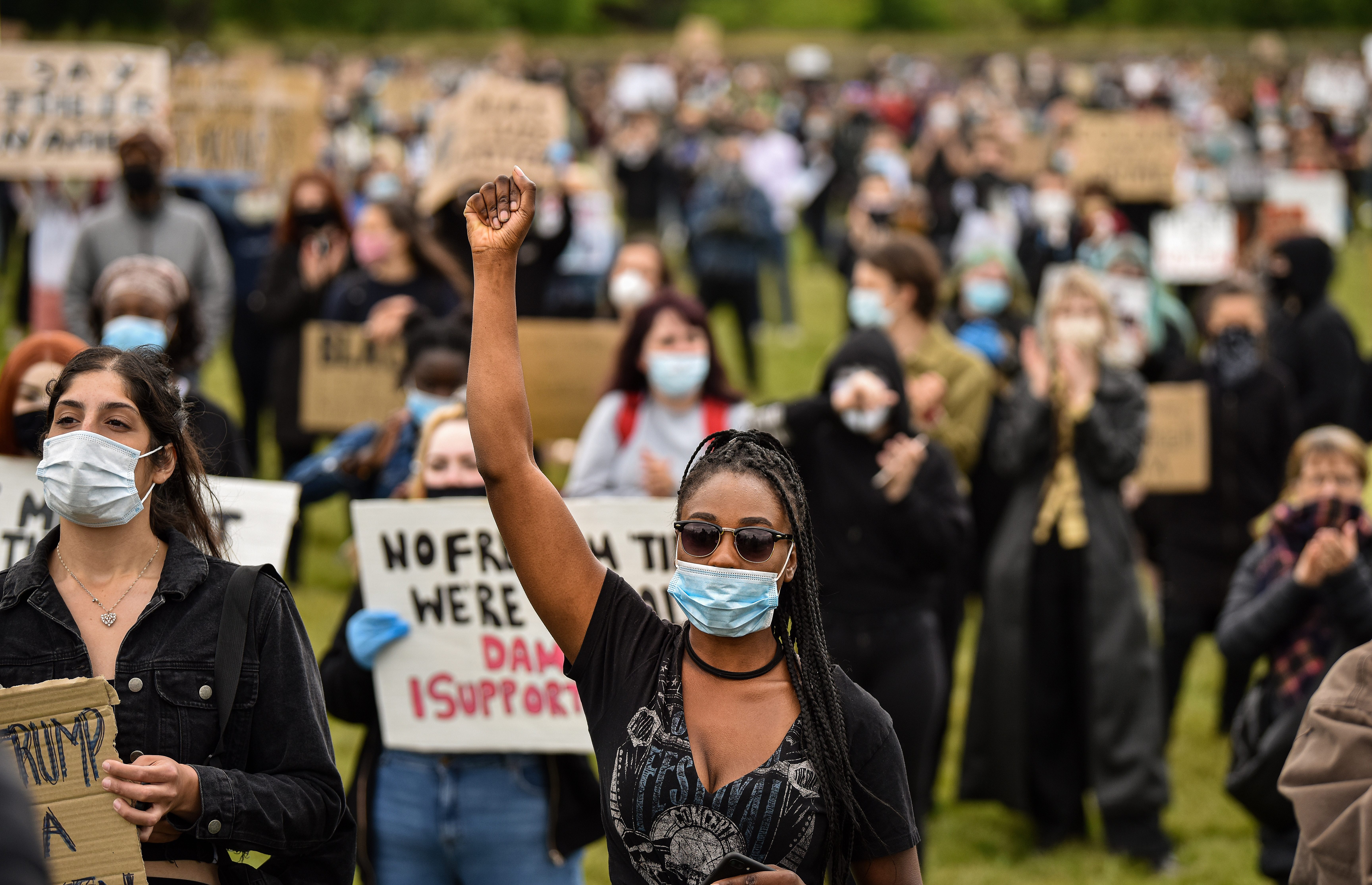 "They would call Mia a "n****r", a monkey, and do monkey noises at her," Aisling tells Sun Online.

"She went through precocious puberty [when puberty begins at an early age] and was growing at a bigger rate than her peers, so she'd get called a 'fat black whale' and 'Free willy'.

"It got to the point where she'd be scratching the skin off her body.

"It was relentless, and she just got tired of it."

For children like Mia, who are from ethnic minorities, racial discrimination begins early: before they can even spell the word "racism", they have experienced it in various ways. 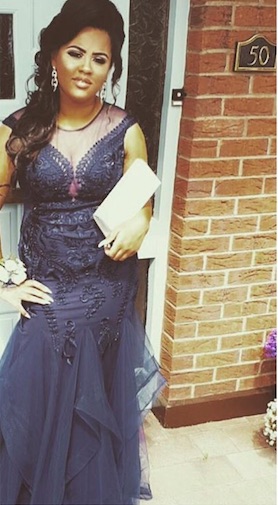 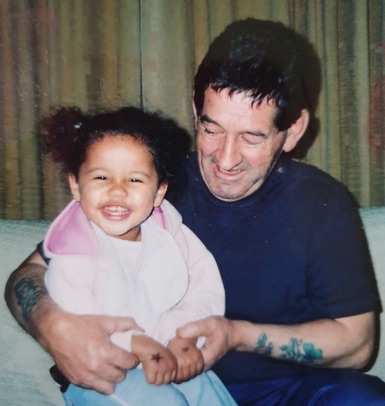 Mia's mixed-race baby sister, now four, was just six months old when she was spat at by an adult because of the colour of her skin – an attack near-impossible to comprehend.

"A man spat at her as I was carrying her in her car seat," Aisling recalls.

"He said she was an ugly monkey baby."

And Mia's younger brother, now 11 and also of mixed race, has suffered vile abuse, too.

"One of Mia's bullies was heard instructing their daughter to go up and kick my son in the testicles when he was six, after just having a circumcision," adds the mum.

"He rolled around the floor in agony and vomited.

"I also enrolled him in a summer camp and he came back crying because other kids had chanted at him: 'one, two, three, four, who's the n****r at my door?'

"So I removed him from that camp and didn't bring him back." 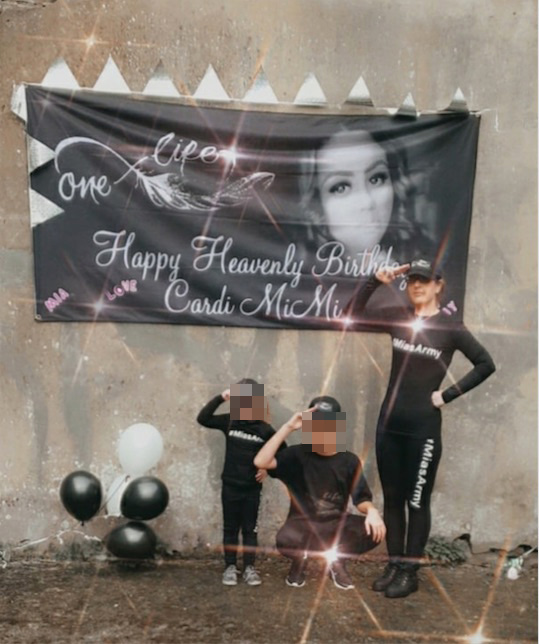 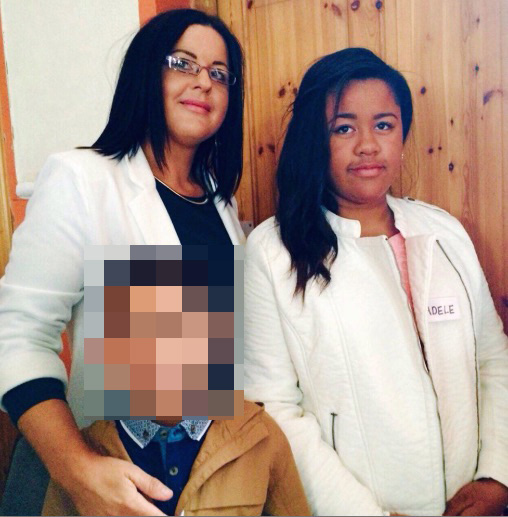 Abused for having a black boyfriend

Even before her kids were born, Aisling was no stranger to racial abuse.

The Irish mum, who lived in Britain for a short time as a child but now lives in Tipperary, Ireland, was attacked in the street after falling in love with a black man.

"I was walking down the road with my black then-boyfriend," she says.

Later, after having Mia, Aisling was often told she had a "very exotic-looking" baby.

"I'd have people looking dumbfounded when I said she's actually my child," she adds. 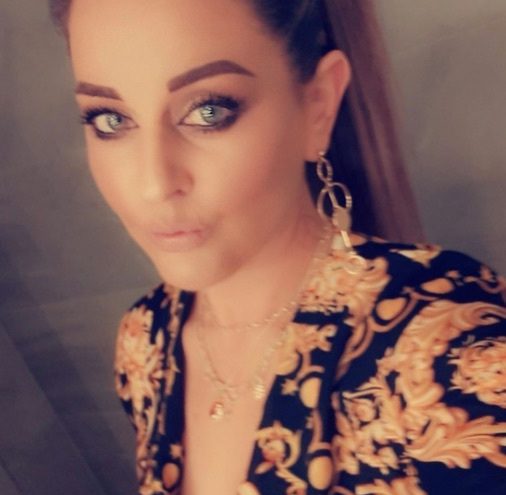 'We were told to ignore the abuse'

Then, when Mia was four, the "bubbly" youngster started being verbally attacked herself from adults living near her grandparents – who cared for her while her mum worked.

Though Aisling says she repeatedly reported the abuse to the authorities, she claims she was told to "ignore it" – with one of the adults claiming to have mental health issues.

But as Mia grew up, the racial discrimination continued – from both adults, some of whom were strangers, and children, who would "joke around" about her skin colour.

"It was never really as nasty," says Aisling, referring to the racial remarks by Mia's peers.

"It's still not acceptable and it still hurt her.

"But it went on from the adults from aged four until, literally, the day she died." 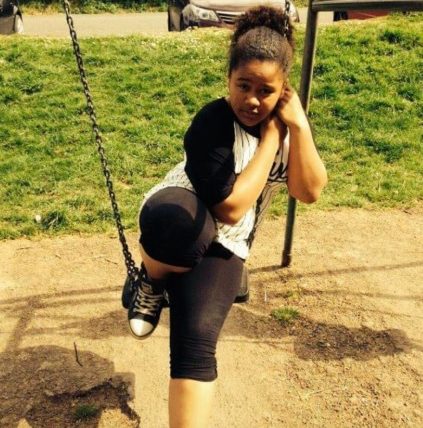 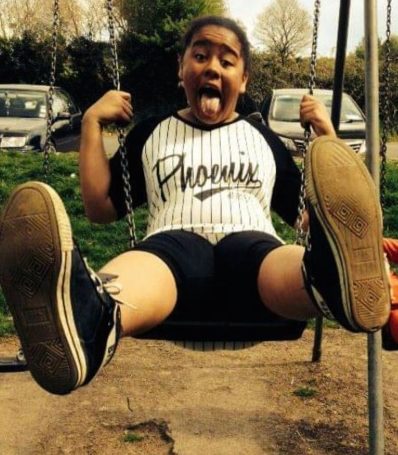 Living in a rural village, Mia felt like she "didn't belong" and soon began to dislike herself.

"She was still in primary school, around age 11, when she started self-harming," adds Aisling.

"She said to me one day that she wanted all her curls gone.

"I used to spend hours and hours straightening her hair to try and make her look 'more white', as she would put it, so that she could try and blend in more."

Before Mia's death, Aisling says she repeatedly sought help for her "kind-hearted" daughter – including reporting instances of racial bullying to Irish cops and her school.

But she claims the onus was always put on the youngster to "prove" the abuse –  with officials even advising her to carry a phone around to try to capture racist attacks on video.

Although racism is a hate crime in the UK, Ireland has no hate crime legislation.

"She'd get upset and frustrated that she wasn't able to get it on camera," says the mum.

"She always felt that she had to try to validate what was happening." 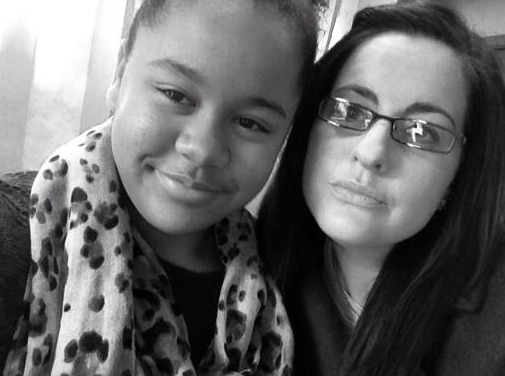 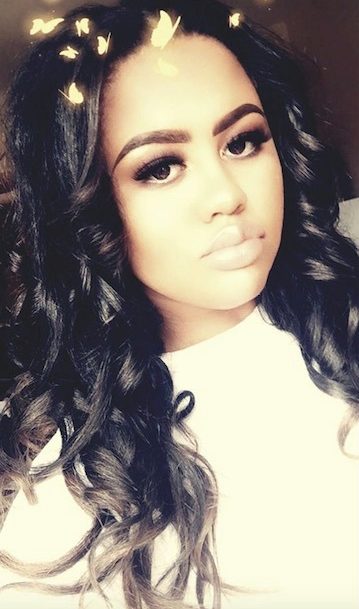 'It all got too much for her'

Aisling gave up her work in accounting to support Mia and took her to professional mental health services – but in the end, she says, "it all got too much" for her daughter.

"It wasn't just the people who bullied her – there were constant remarks," she adds.

"She tried her hardest to let people know she was suffering, but no-one would listen."

Mia – who adored make-up, fashion and music and had a close group of pals – left a suicide note naming some of her alleged tormentors, though no criminal action has been taken.

She was laid to rest on September 9.

However, six months later, her family faced further devastation when her grave was desecrated.

"Items were stolen off her grave, broken up and discarded in a ditch nearby," says Aisling. 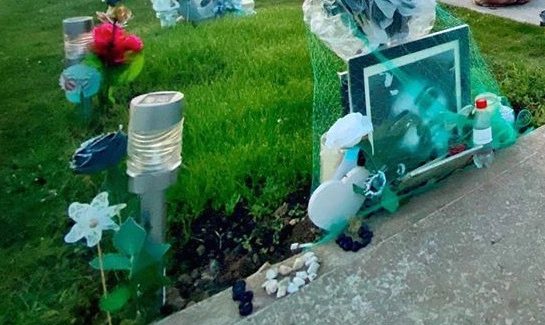 Today, Aisling, her two youngest kids and her partner are grieving the loss of the "life and soul" of their house, who loved to make her friends laugh despite her own anguish.

"Mia suffered so much and was so sad throughout her life.

"All she wanted to do was to laugh and make other people laugh – and that's what she did."

The mum is also racked with anxiety about what the future will look like for Mia's siblings.

Kids across the world battling racism

And she's far from the only parent globally facing such concerns.

British parents have taken to social media to describe the racial abuse their own children have suffered – from being glared at by adults on public transport and called "the chocolate boy" by classmates to being told to "jump off" buildings.

"He stares at us like we are filth," one mum wrote about a stranger on the bus. "He gives my three-year-old daughter vile looks while he mutters racist words under his breath." 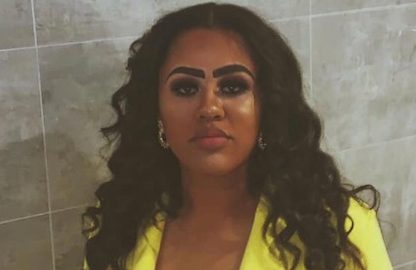 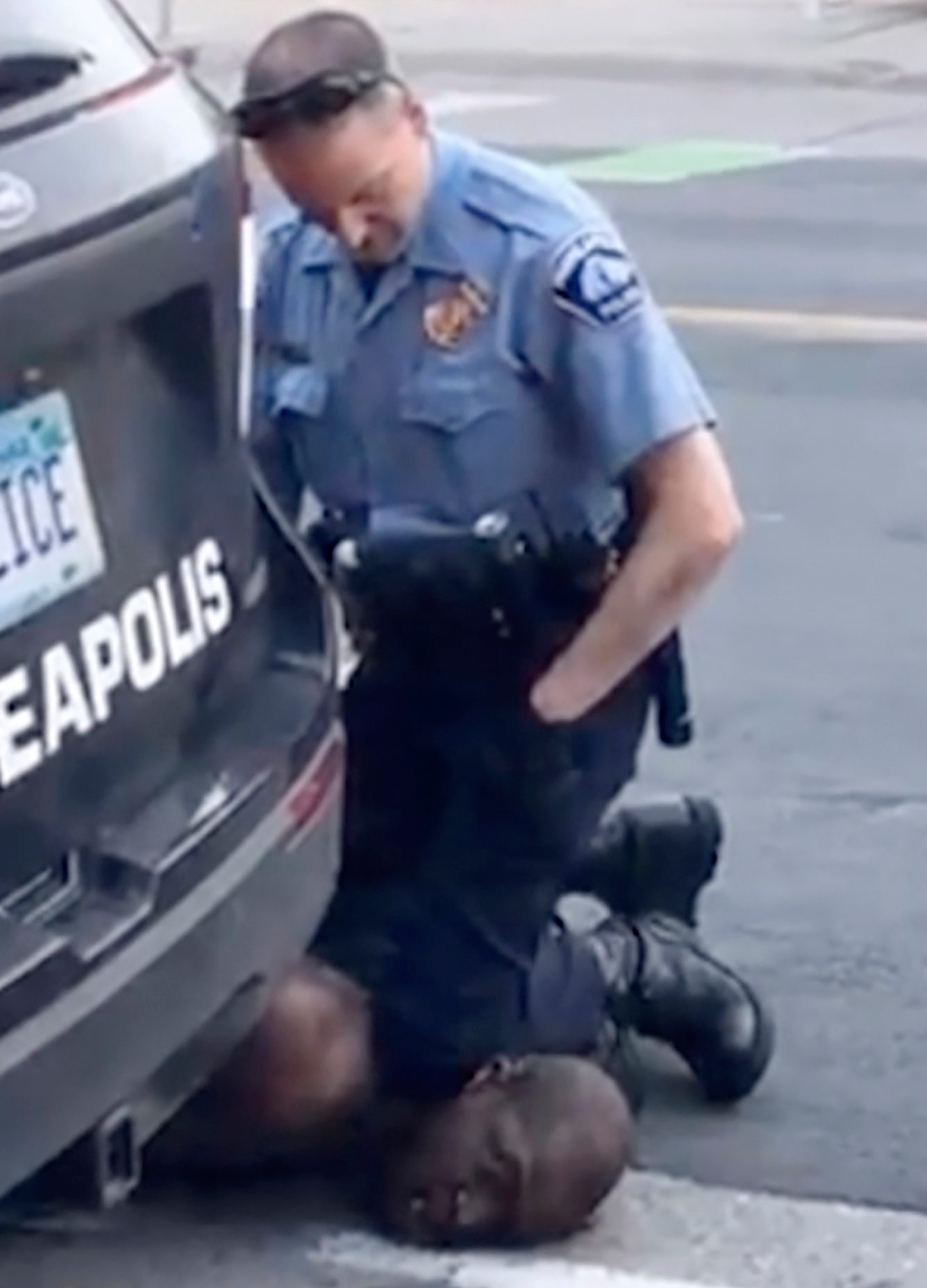 Another mum, Rebecca Daniel, 33, from Kent, was left heartbroken when other parents ignored her two-year-old daughter as she waited patiently in line for the swings at their local park.

"Since she was still very young, I stood close by to monitor her and praised her for patiently waiting her turn," the teacher and transformation coach, of The Jigsaw Company, tells us.

"I was utterly gobsmacked to see the other parents ignoring my daughter in line and placing their children on the swings even though it was clear she was waiting.

"It was heartbreaking for me to have to watch my daughter – who, of course, is way too young to know what’s happening – experience such a situation.

"As soon as the next swing became available, I walked towards her, scooped her up and placed her into it. Her smiles and laughter was all that mattered in that moment."

Rebecca adds: "As a person of colour, this is the life I've been living, we've all been living, and I’m determined to ensure it’s not the life my daughter or her generation has to live." 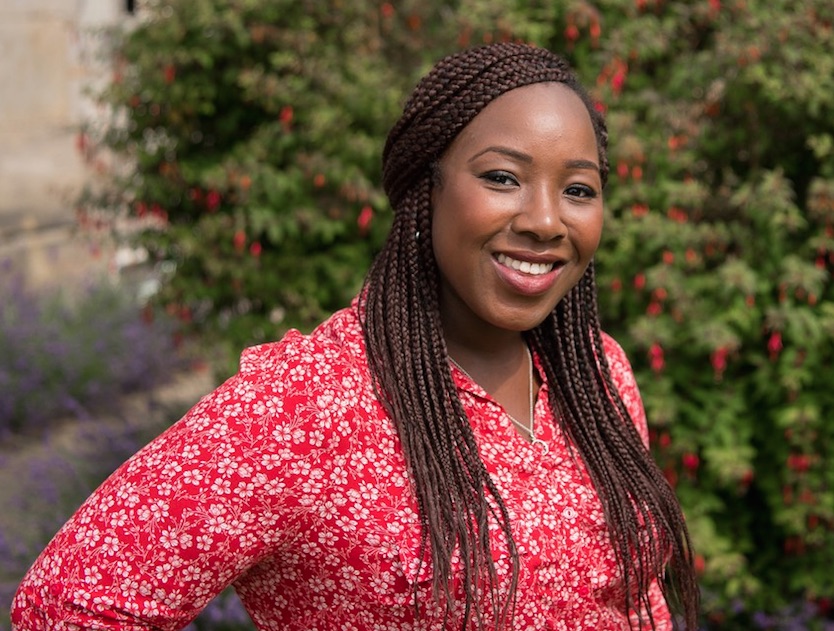 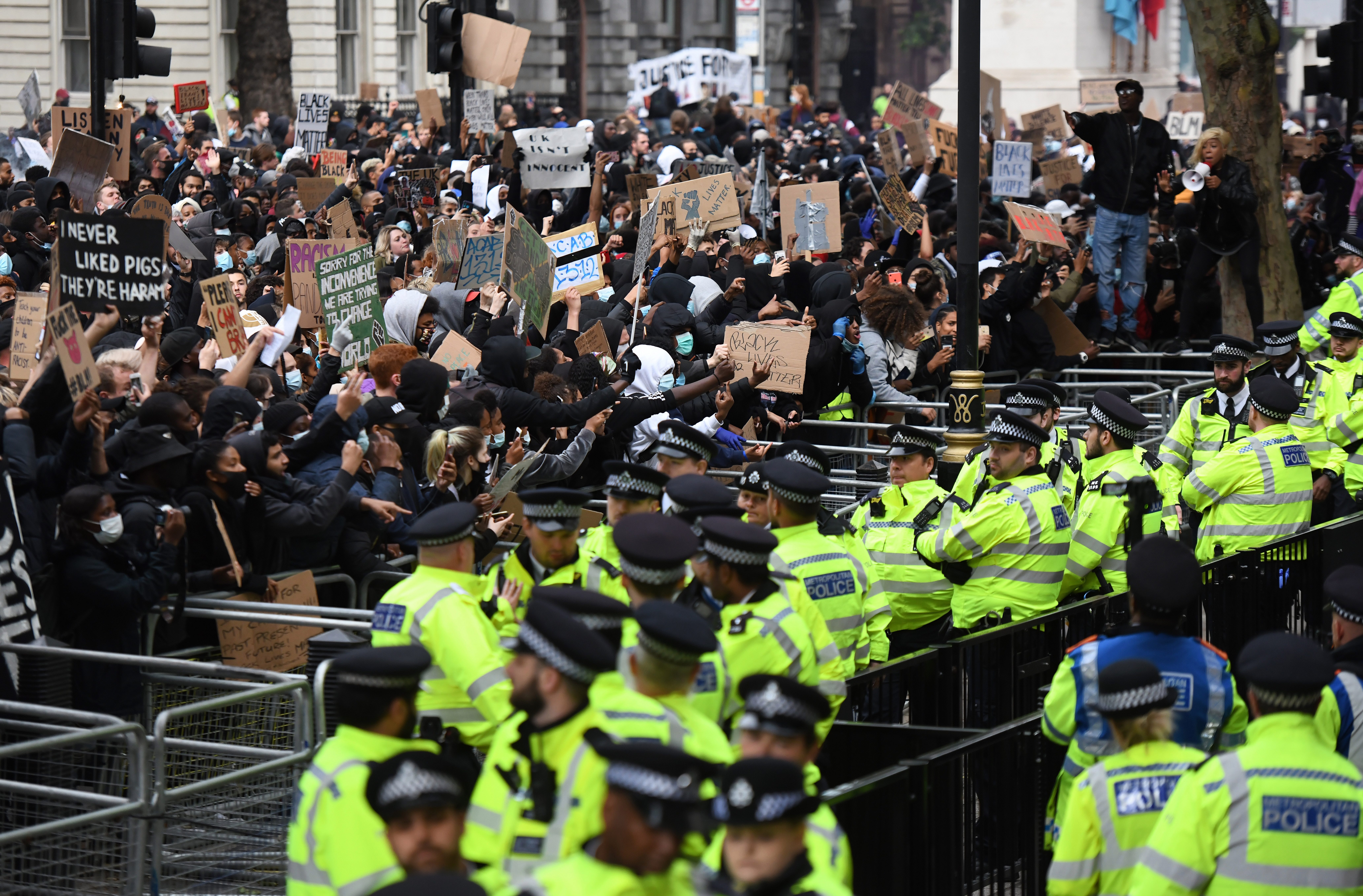 "There were plenty of witnesses to Mia being racially abused," says the mum, who has set up a mental health awareness and support network, One Life Ireland, in her girl's memory.

"But not once did one person stand up and say, 'excuse me, this is not acceptable behaviour. That's what needs to change.