What a cheek! Mysterious face appears on mother’s bottom during day out at the beach in Cornwall

A mother found a mysterious face imprinted on the back of her playsuit after a day out at the beach.

Hollie Abraham’s daughter took a photo of her while they were at Porthoustock beach near St Keverne in the Lizard and captured the face.

Her daughter took two photos with one looking normal, without the face, and the other photo baffled the family with the outline of the face. 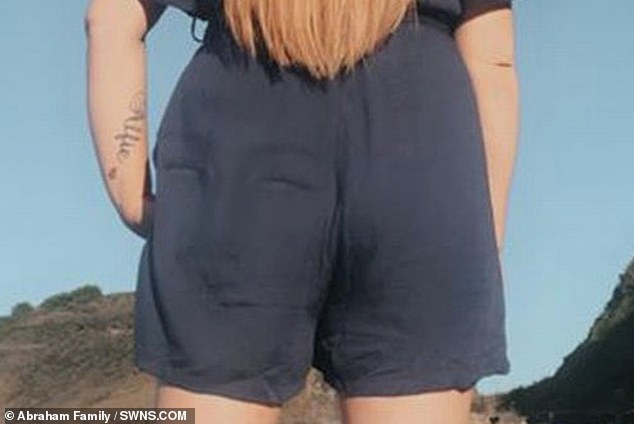 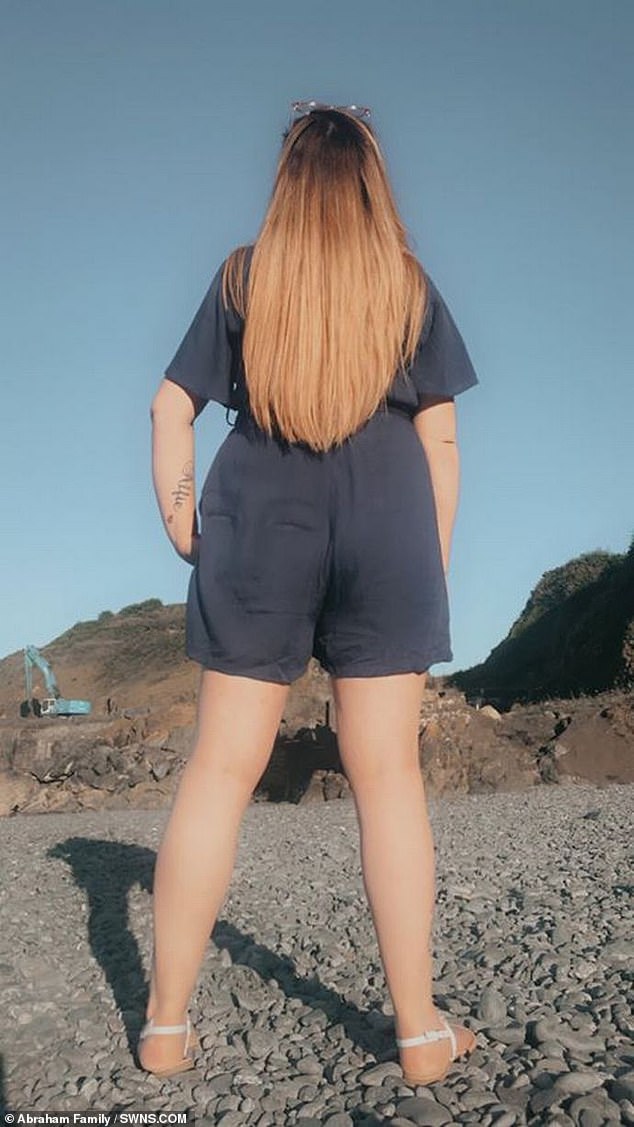 The face appears to have eyes, a nose and a mouth.

Hollie, 32, told Cornwall Live she thought it was a reflection at first but realised that was not possible because her daughter took the photo from behind her with the camera forward-facing.

‘My daughter was taking shots and it wasn’t until we got in the car to leave when my other daughter flicked through them and said ‘mum, you’ve got a face on your bum,’ she said.

Hollie thought the face was spooky and searched on the internet to see whether Porthoustock is considered haunted.

Porthoustock’s single stone-and-shingle strip was famous for ancient stories about pirates and shipwrecks.