Nearly 1,000 people apply for a job as £9-per-hour waiter… only for it to be withdrawn because of the new lockdown

An advert for a job as a waiter on the minimum wage attracted almost 1,000 applicants, exposing the full depth of Britain’s employment crisis.

Even before last night’s announcement of a second English lockdown plunged the hospitality sector deeper into misery, a total of 947 people applied for the £8.72- an-hour role at the Peru Perdu restaurant in Manchester.

They included workers from the aviation, motoring, travel and arts industries, which have all suffered a jobs bloodbath since March, Channel 4’s Dispatches programme found.

Jake Roberts, 24, used to manage a luxury hotel, but said he would do a minimum-wage, entry-level job if it meant he could pay his rent. 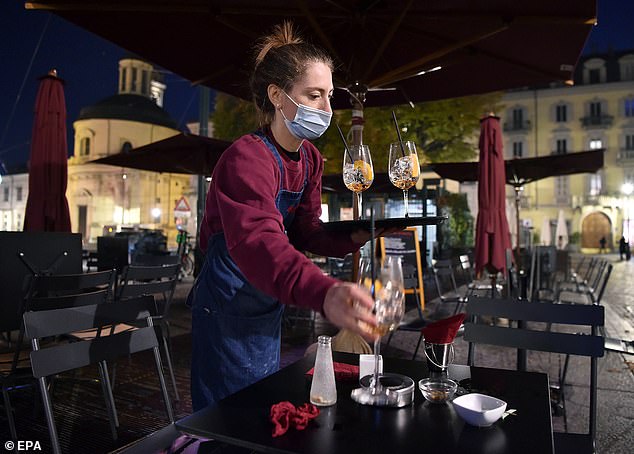 An advert for a job as a waiter on the minimum wage attracted almost 1,000 applicants, exposing the full depth of Britain’s employment crisis [File photo]

‘I must have applied for about 50 jobs and heard back from just five or six and they were mostly a ‘no’,’ he said.

‘It’s been disheartening. I thought it would be easier with a degree and more than eight years’ experience but I’ve not even been able to get a part-time waiting job.’

Mr Roberts made it to the final two at Peru Perdu but the vacancy was withdrawn when the Government introduced a 10pm curfew.

Recruitment expert Abi Dunn ran the application process for Peru Perdu and said that in ordinary times, the position would have attracted between 20 and 30 job-seekers. She added that a sombre mood had swept over the hospitality industry.

‘There’s a loss of hope,’ she told The Mail on Sunday. ‘No one knows how they can begin to build their businesses again and it’s impossible to keep staff when you can’t plan for the future.

‘There is no evidence to suggest hospitality has any more infections than, say, retail. It feels like an entire sector is being punished.’

Kate Nicholls, chief executive of industry group UK Hospitality, said: ‘When we say hospitality is in the midst of an existential crisis, it is not an exaggeration.’

A total of 9.6 million people have been furloughed at some point since March, according to HMRC, with around a fifth of those still having their wages partly paid for by the state.

The Prime Minister last night said the scheme would be extended to the end of this month to cover the new lockdown period.

Last month, economists predicted one million job losses before Christmas, and even before the new lockdown measures were introduced, hundreds of thousands of livelihoods hung in the balance.

The Resolution Foundation think-tank has warned that a fifth of 18-to-24-year-olds furloughed at the start of the crisis had since lost their jobs permanently, and that a quick recovery was unlikely. 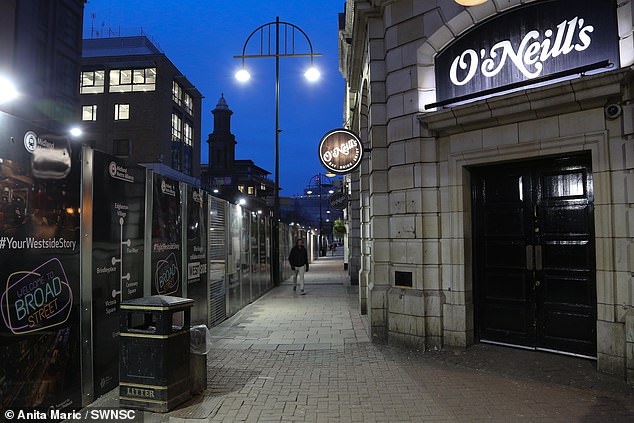 A total of 9.6 million people have been furloughed at some point since March, according to HMRC, with around a fifth of those still having their wages partly paid for by the state. An empty Broad Street is pictured above in Birmingham

‘It will be longer and more painful to get back to where we were before. It’s not unreasonable to assume it will probably take years,’ warned senior economist Daniel Tomlinson.

Since March, the number of people on Universal Credit has doubled to almost six million. They include mother of two Kerry Piggott, 39, who also applied for the job at Peru Perdu after being made redundant from luxury car-maker Bentley.

The unemployment rate officially stood at 4.5 per cent in the three months to August but Resolution Foundation now estimates that has rocketed to closer to 8 per cent.

Dispatches is on Channel 4 at 8pm tomorrow.