Good views but neighbourhood lacks atmosphere: New images reveal how home might look for first astronauts living on the moon

New images show how home might look for the first astronauts living on the moon – as the world prepares to make a permanent base there.

Nasa has committed to sending a man and woman to the moon again by 2024, reports The Times, and have released the names of 18 astronauts eligible.

Part of the new mission will involve building a sustainable colony on the moon, where engineers can learn how to use lunar resources, such as water from ice in its craters. 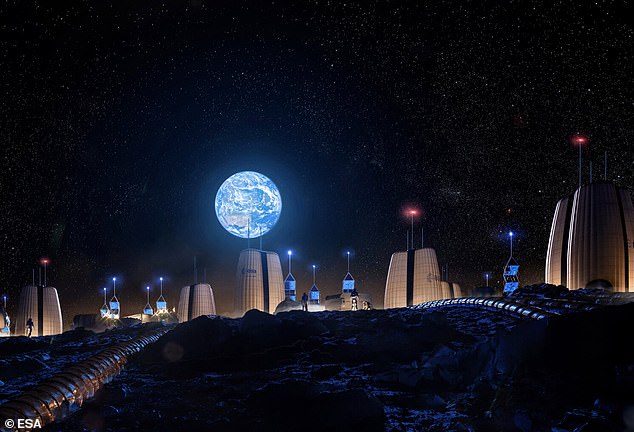 Part of the new mission will involve building a sustainable colony on the moon, where engineers can learn how to use lunar resources

They will also be studying unexplored areas and providing a base from which astronauts could take off to Mars, where Nasa want to send a man and woman to by the 2030s.

Aidan Cowley, an adviser at the European Space Agency (ESA), said that it was ‘no longer a question of if this will happen’.

He said: ‘It has to happen because if we’re really serious about the exploration of the moon, or Mars, or anywhere beyond that, this is technology we need to master very soon.’

He believe that cylindrical structures for astronauts to live in will start being built within the decade, but they need to protect them against radiation exposure.

Mr Cowley has been leading plans to use regolith, the lunar soil on the moon which is as thin as icing sugar, to build protective bricks. 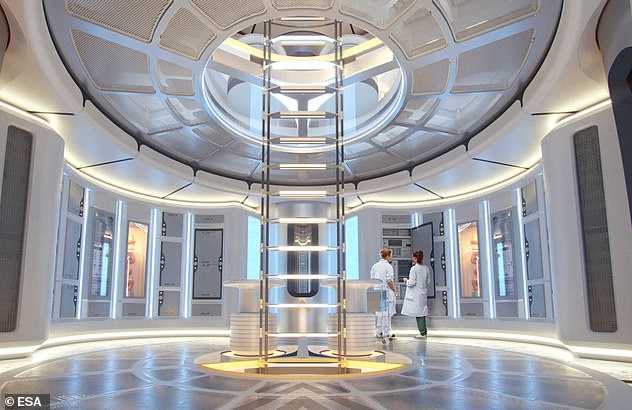 Scientists believe using one-meter deep regolith walls and roof will protect buildings against radiation and freezing temperatures on the moon.

Bricks built using the top layer of soil would be collected by robots and converted into bricks by 3D printers before being left to bake in the sun.

Astronauts are likely to live in pressurised, mobile habitats for the first few years of missions, but a more permanent base would be near the Shackleton crater.

This is at the moon’s south pole where there is near constant sunlight, and solar panels could provide power.

The crater contains ice that could be mined to provide hydrogen and oxygen for breathable air and fuel.

Jan Wörner, Director General of the European Space Agency, said: ‘My intention is to build up a permanent base station on the Moon.

Mr Wörner likes to call the new settlement the ‘Moon village’, and it would represent a giant leap in space exploration.