Nine suspected illegal immigrants were found hidden inside a shipping container at Teesport on Saturday night, authorities have confirmed.

A large scale emergency services operation was seen heading to the river just after 8pm on Saturday.

Border Force officers – alongside the ambulance service – responded, after a call for assistance from Tees Harbour Police.

Six males and three females, who claimed to be Eritrean nationals, were found inside a dockside container, which had come from Zeebrugge in Belgium. 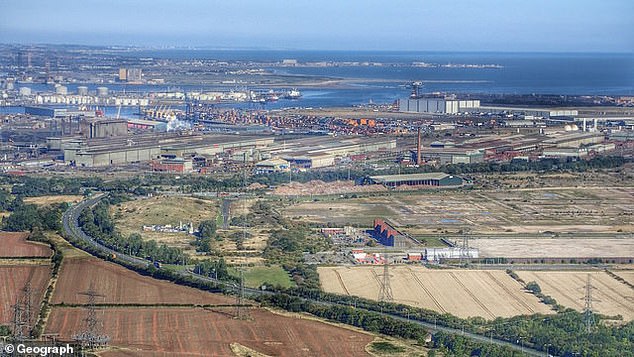 Nine suspected illegal immigrants were found hidden inside a shipping container at Teesport on Saturday night, authorities have confirmed

The individuals were processed by Border Force and their cases will be dealt with in accordance with immigration rules, the Home Office said.

The ambulance service sent several resources but found that nobody required hospital treatment.

A North East Ambulance Service spokesman said: ‘We got a call from the police to assist at the Tees Dock at 8.23pm. 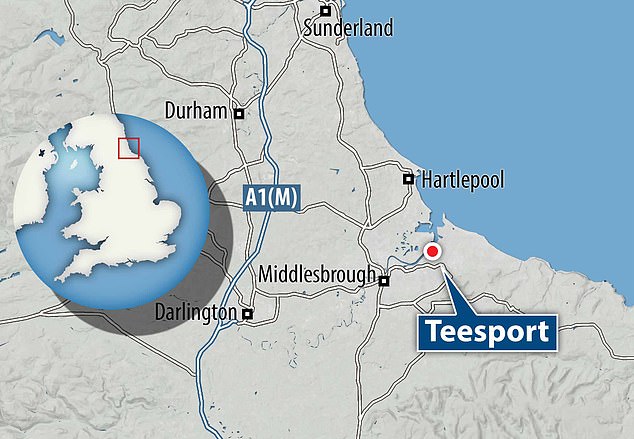 Six males and three females, who claimed to be Eritrean nationals, were found inside a dockside container in Teesport, North Yorks, which had come in from Zeebrugge in Belgium

‘There were no casualties and no conveyance to hospital.’

It’s understood Cleveland Police were also called to the scene. They declined to comment on the incident.

A spokesperson for the port’s operator PD Ports said: ‘We can confirm that, following an incident at Tees Dock this evening involving Border Force and Harbour Police, an ambulance was despatched as a precaution.

‘No treatment was required by any party and the incident has now been dealt with.’