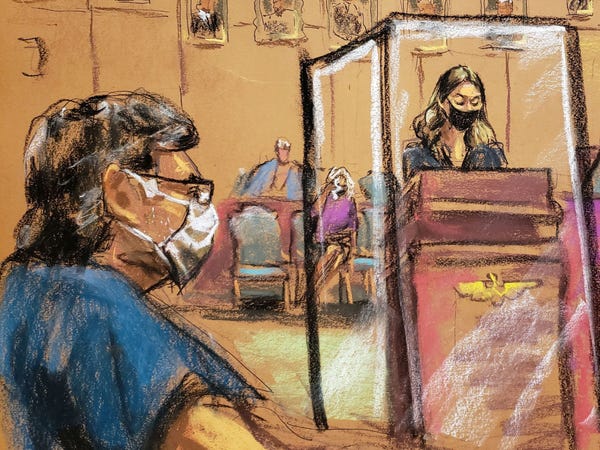 Keith Raniere, the 60-year-old co-founder and leader of alleged sex cult NXIVM, has been sentenced to 120 years in prison.

In 2019, Raniere was found guilty on charges of sex trafficking of children, conspiracy, and conspiracy to commit forced labor.

He was arrested in 2018 in Mexico, where he sought refuge from the US after multiple members who left NXIVM pressed charges against him and spoke to the New York Times in a damning exposé of the group.

Raniere has called his charges a "a horrible injustice" and said he will continue to fight for his innocence in a recent NBC News interview, his first public appearance since his 2018 arrest.

During his sentencing, victims who gave impact statements called Raniere a "monster," "parasite," and "terrorist," for psychologically and physically manipulating followers.

One victim, who only went by the first name Camila, said Raniere forced a sexual relationship on her when she was 15, and it lasted until she was 27, court documents obtained by Insider show.

"He manipulated me for what he wanted," Camila said in court on Tuesday. "I became unreachable to my parents, my brother, my friends until I had nobody to worry about me. He knew the things that mattered most to me and what I feared and used that against me."

NXIVM was billed as a self-help multi-level marketing company, inviting people to spend thousands of dollars on courses.

Raniere founded the group in 1998, alongside nurse and hypnotist Nancy Salzman. He had his followers refer to him as "Vanguard," and to Salzman as "Prefect."

Followers were told that he was a scientist, which he was not, and that he had created a unique self-help method that would help anyone achieve their personal and professionals aspirations.

In reality, Raniere had rebranded real psychological methods used in therapy and abused them to elicit private information from his followers that he later wielded as blackmail, according to former members.

Women were branded with his initials

He also created a secret sorority for women within NXIVM called DOS (Latin for "Dominus Obsequious Sororium" which translates to "master over slave women"), where women were branded with his initials and some were manipulated into being Raniere's sex slaves.

Others, like India Oxenberg and Sarah Edmondson, have spoken out about their mistreatment at the hands of Raniere.

There are some members of DOS, like actress Allison Mack and Salzman's daughter Lauren Salzman, who remain loyal to Raniere to this day.

Seagram's liquor heiress Clare Bronfman, who was sentenced to nearly seven years in prison on September 30 for ID fraud and racketeering charges, provided Raniere with an estimated $2 million to bombard members who left NXIVM with lawsuits.

Mack, Nancy Salzman, and Lauren Salzman were also charged with crimes including racketeering in 2018, but their sentencings were posponed due to the pandemic. Those sentencings are being rescheduled and are expected to happen in 2020.