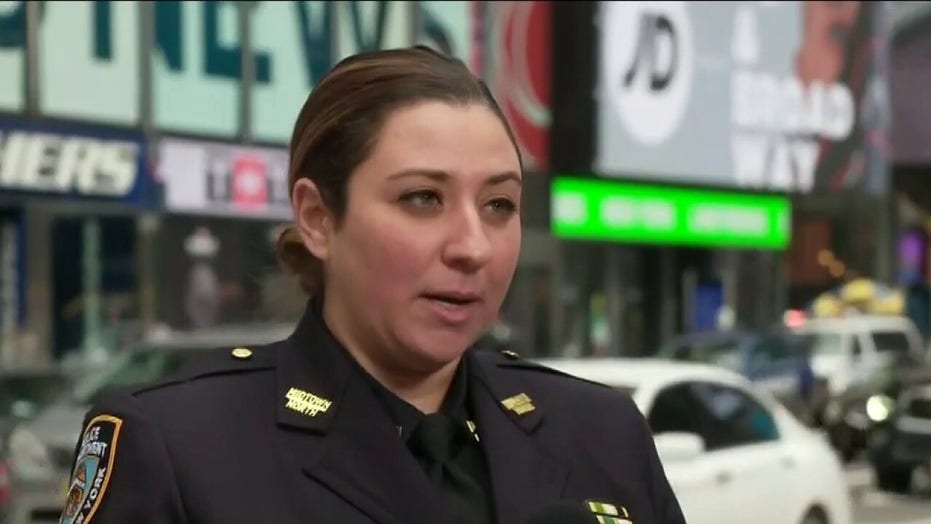 Police hunting for a gunman who shot three innocent bystanders, including a 4-year-old girl in New York City’s Times Square on Saturday

A 64-year-old man is the latest victim of an unprovoked assault in a New York City subway station as Mayor Bill de Blasio lays out a plan to provide concerned city employees with “travel buddies” for their commutes to and from work.

The new random subway attack, which was announced by police on Tuesday, is part of an alarming string of violence taking place in the city’s subway system, with separate assaults also reported on Monday and Sunday.

Transit officials are pushing for de Blasio and the New York Police Department to designate more resources and personnel to fighting crime in the transit system. NYPD Commissioner Dermot Shea told local news station Spectrum NY1 on Tuesday that the department is trying to do so, but added: “We need some help.”

“I think that we are all on the same page – that’s about public safety and keeping New Yorkers safe,” Shea told NY1’s Pat Kiernan. “Certainly, we want to put officers in the transit system, as well as Rockefeller Center, as well as a housing development in Staten Island – we want to do it all. We are working with resources and the tools we have with the community at a real trying time, Pat, to do just that.”

The city’s top cop pointed to the “consequences” of bail reform laws that are “putting criminals back on the street as quickly as we can.”

During a segment on NY1’s “Inside City Hall” on Monday night, de Blasio pushed the idea that the city is “coming back, which everyone can see before their eyes.”

“And more and more people are taking the subways, which is a fact. And this is going to add up to something good,” he said.

The Wall Street Journal reported last week that the Mayor’s Office was launching a program that would match city employees who would be traveling to work on subways with “travel buddies” to commute with.

During the Monday NY1 segment, show host Errol Louis referenced the report and asked, “If everything is fine, why should people be buddying up?” 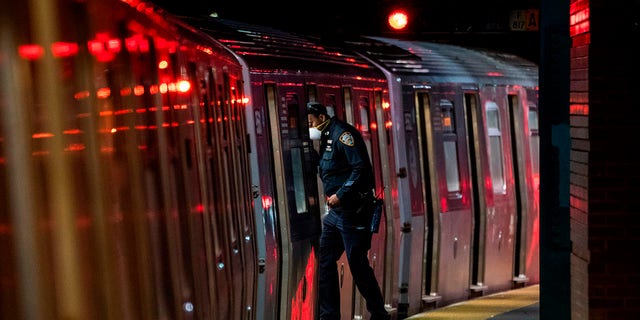 A Metopolitan Transportation Authority (MTA) police officer looks for passengers at the last stop at the Coney Island station in Brooklyn, New York on May 6, 2020.
(COREY SIPKIN/AFP via Getty Images)

The Democratic mayor responded by saying his “travel buddy” proposal was in response to “a small number of employees, but I think an earnest group of employees, who were concerned because they happened to be Asian-American about some of the bias incidents.”

“Look, again, people are taking the subways. Let’s just talk to real New Yorkers. They’re taking the subways more and more because they want to get back to life in this city. And this city is defined by our subways,” de Blasio continued. “And people are coming back and they’re going to make it safe because they’re coming back. It’s actually the presence of the people in addition to the police that make the subway safe for everyone.”

On Tuesday morning, the NYPD announced it was seeking information regarding an apparently unprovoked attack of a 64-year-old Manhattan man who was punched “several times in the face” around 1 p.m. Saturday, while riding a northbound R train in Brooklyn.

Police sources told Fox News the attacker said, “Get out,” before unleashing his assault. The victim suffered broken bones in his face, including his nose.

Early Monday morning, a 31-year-old man was slashed on the northbound No. 6 train platform of a Harlem subway station, police said. He and three men, who were reportedly homeless, began arguing around 3:30 p.m. when one of the suspects slashed him in the face, according to police.

Then, on Sunday, a 43-year-old man was stabbed in the chest with a screwdriver around 7:50 p.m. while riding the subway through lower Manhattan, police said. According to the New York Post, the victim, who is expected to survive, was visiting from Ecuador and the attack was random. Police told Fox News the suspect, a 26-year-old man, was charged with attempted murder, assault and criminal possession of a weapon.

When asked about subway safety during a press conference on Monday, New York Gov. Andrew Cuomo said he views crime in the subway system “as a major problem” and said he believed the solution was to deploy more police into the subways. 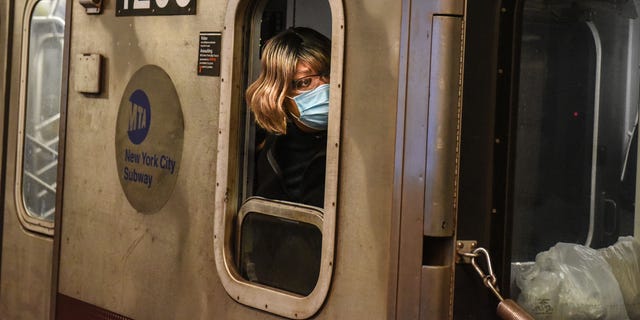 A train conductor wears a protective mask while riding on a subway through the Fulton St. station on May 6, 2020 in Manhattan in New York City.
(Getty Images)

New York City Transit Authority interim president Sarah Feinberg concurred with Cuomo’s statements, adding her belief that there “are not very many people at this point who believe or suggest that this is not what’s needed at this moment.”

“The mayor has said he doesn’t think additional policing is necessary …  Certainly, our leadership and certainly our customers who we hear from are saying they absolutely want a more significant police presence, a uniformed presence, and mental health resources,” Feinberg said. “And I think if you ride the system on a regular basis, if you’re in the system day and night like so many of us are, it’s not really up for debate.”

She noted that her office is often in contact with City Hall regarding the issue. In February, the NYPD announced it had deployed more than 600 additional officers into the subway system following a surge in violence in transit, on top of the 2,500 cops already assigned. De Blasio has said he has not pulled any of those officers from their roles in the subways.

Feinberg said the subway sytem hit a milestone on Friday, when it transported 2.23 miion riders, “the most on a single day since the pandemic began.”

“I think there’s just a fundamental issue where the mayor is not necessarily in touch with our ridership,” she continued. “I just don’t think he has his finger on the pulse of our ridership right now and I think that I do.”