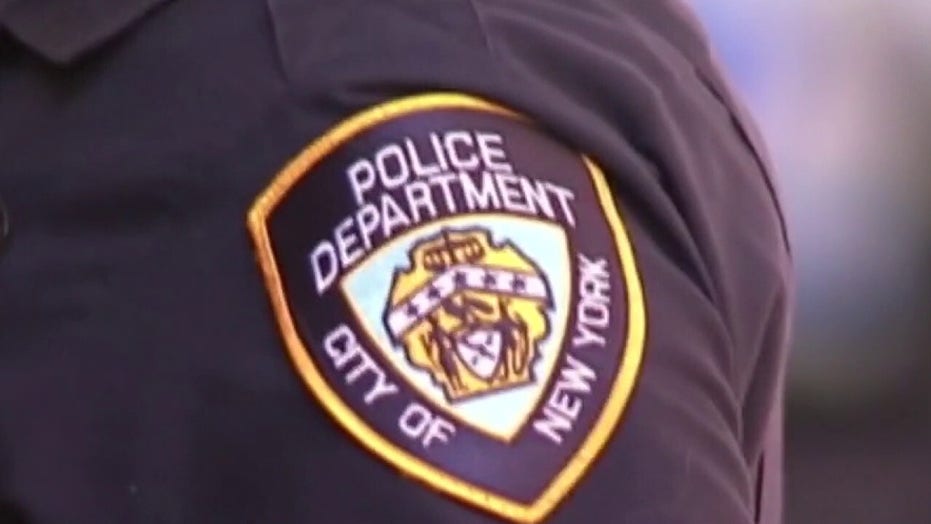 They cited the case of a man accused of attacking four officers during a protest on the Brooklyn Bridge last week who had been released without bail.

But court officials argue that de Blasio and Shea are trying to shift the blame after reassigning plainclothes officers in the department’s anti-crime unit last month amid a nationwide reckoning on police brutality and racial injustice sparked by the death of George Floyd in Minneapolis.

One of the injured officers was discharged from the hospital Saturday after suffering blows to his head in the attack. Colleagues gathered outside the hospital, saluted and applauded as Lt. Richard Mack was brought out in a wheelchair, a patch over his left eye.

“I want to thank the men and women in blue. Understand what we did out there, we would do again in a heartbeat. I bled for this city — I’d do it again tomorrow,” Mack told the crowd over a megaphone Saturday. “The last thing I’d like to ask is to remember all the people who died on 9/11. We forget about the heroes. They deserve to be remembered. … This city, a lot of people seem to have forgotten.”

In addition to Mack, Chief of Department Terence Monahan and at least one other officer were injured in the melee on the bridge Wednesday, the Daily News reported.

A man wearing a maroon shirt was seen on surveillance video swinging a wooden object – some kind of stick or cane – at a group of officers as they were making an arrest. Mack reportedly went after the stick-wielder but was attacked by another protester who began punching with a fistfull of heavy rings, using them like brass knuckles.

Quaran Campbell, 25, of the Bronx, was allegedly seen knocking a police officer unconscious, fracturing Mack’s orbital bones and punching Monahan, Fox 5 NY reported. He was arrested and released without bail despite a request by prosecutors for $75,000 bail.

“Quran Campbell is captured on video for the nation to witness him viciously assault 3 cops in uniform — 1 who lost consciousness,” Monahan tweeted Friday. “Judge Robert Rosenthal’s reckless decision to release Mr. Campbell WITHOUT BAIL endangers every NYer and the officers who risk it all to protect them.”

At their joint press conference Friday, de Blasio and Shea appeared to form a united front amid the rise in crime.

In response to Wednesday’s attack on officers, Shea said: “I think the world like this at times seems like it’s upside down. There needs to be consequences for people who just have no regard for the law.”

“Just in the last year and a half, we have about 2,000 open gun cases. Half of them were indicted. We need the price of carrying illegal firearms in New York City to be felt. We don’t necessarily need more gun arrests. We need the people who are caught to be prosecuted fully, and we need the court system open to get them off the street as quickly as possible,” Shea continued.

“The arrest is almost irrelevant. What happens to the prosecution?” Shea said. “Right now, with this environment with COVID, I think people should be standing up on the highest step and saying, ‘I demand to have safety, I demand to have an operating court system – my children’s lives are at stake.’ We can’t have a system – public safety is at risk here — where the courts are not fully operating.”

In response, Lucian Chalfen, a spokesman for the Office of Court Administration, said the mayor "continues to refuse to take any responsibility for his actions, instead shifting the blame.”

“Mayor de Blasio is a complete moron, and I will stand by that statement until he is no longer mayor of the city of New York,” Patrick Cullen, president of the New York State Court Officers Association told WCBS-TV. “The elimination of the anti-crime unit has caused a major problem. … Handcuffing the NYPD is really causing major disturbances.”