Ofcom will NOT investigate Miriam Margolyes

Miriam Margolyes’ comments about wanting Boris Johnson ‘to die’ from coronavirus will not lead to an Ofcom investigation, the TV watchdog has said.

The actress, 79, made the statement on Channel 4 show The Last Leg last month when she was asked how she felt the Government had handled the pandemic so far.

Ofcom received 494 complaints over her comments, but a spokesperson has now confirmed no investigation will take place following an initial assessment.

‘But we also considered the audience’s likely expectations of Miriam Margolyes, a comic actor known for her forthright views, and of this live, late-night satirical comedy show.

‘We also took into account that Ms Margolyes immediately qualified her comments, and viewers were warned in advance about the programme’s adult humour.’ 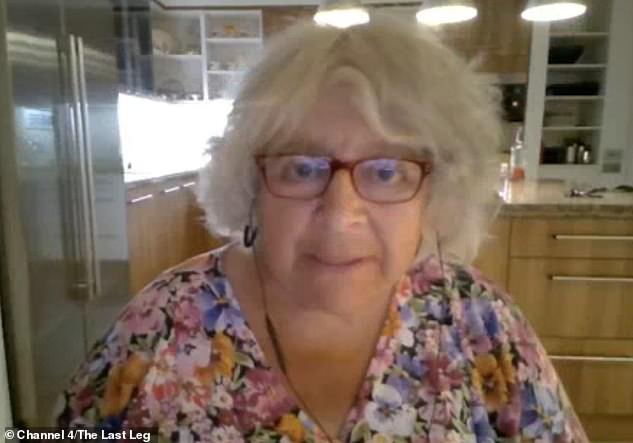 Miriam Margolyes’ (pictured on The Last Leg) comments about wanting Boris Johnson ‘to die’ from coronavirus will not lead to an Ofcom investigation, the TV watchdog has said

In the episode, broadcast on May 11, presenter Adam Hills asked Margolyes: ‘How do you think the Government have handled everything so far?’

The actress, who appeared in Harry Potter and Call the Midwife, replied: ‘Appallingly of course… It’s a disgrace… It’s a public scandal.

‘I had difficulty not wanting Boris Johnson to die, I wanted him to die, and then I thought that reflects badly on me and I don’t want to be the sort of person who wants people to die.

‘So then I wanted him to get better, which he did do, he did get better, but he didn’t get better as a human being and I really would prefer that.’

Mr Johnson had been rushed to St Thomas’ Hospital in London in April to be treated for coronavirus, shortly before his fiancee Carrie Symonds gave birth to their child.

Channel 4 said it was doubtful that viewers would have thought the actress had ‘genuinely’ wanted the Prime Minister to die. 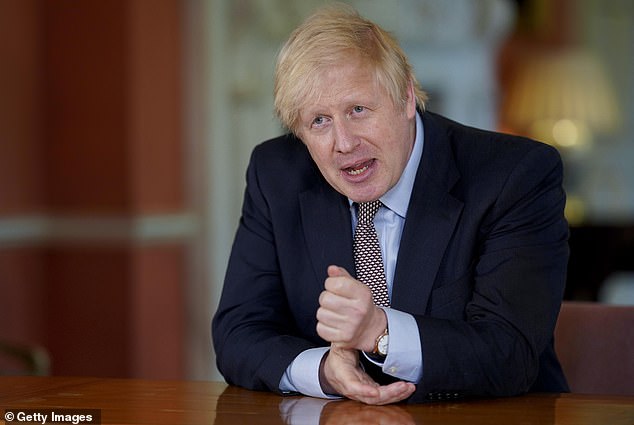 The actress said: ‘I had difficulty not wanting Boris Johnson to die, I wanted him to die, and then I thought that reflects badly on me and I don’t want to be the sort of person who wants people to die’

She ‘immediately mitigated’ her comment and said she realised that this reflected badly on her and that she ‘wanted him to get better’, the broadcaster added.

Ofcom cited ‘a long tradition in UK broadcasting of satirical programmes where comedy will be derived from contributors making provocative and challenging statements about people in the public eye, including elected politicians’.

It also ‘took into account that Hills and regular contributors Alex Brooker and Josh Widdicombe looked visibly shocked in reaction to Margolyes’ initial comment, and that none of the presenters endorsed her comments about the Prime Minister.

‘Further, Adam Hills immediately moved the discussion on to another topic,’ it said.

‘It was Ofcom’s view that, although Miriam Margolyes’ comments were provocative and had the potential to cause offence, taken as a whole they were unlikely to have exceeded viewers’ expectations of this live, late-night comedy show on Channel 4.’