Police strike hammer blow on county lines operation: Officers make 230 arrests in crackdown on illegal drugs sold in and around London – and seize haul of 22 weapons and 54 vehicles

An elaborate police operation has bought down a network of county lines drug operations in and around London, with more than 200 people arrested.

A number of ‘extremely dangerous’ criminals were among the 230 people arrested.

County lines is the term given to the phenomenon when drug gangs from big cities expand their sales to smaller towns, using violence to drive out local dealers.

The networks are known to exploite children and vulnerable people along the way.

Chief Inspector Jack May Robinson from the Met’s Violent Crime Taskforce said: ‘Some of the individuals arrested are extremely dangerous, lead criminal lifestyles and exploit vulnerable people to run drugs and commit crime.’

A stash of weapons, including 22 knives, was also seized, while 54 vehicles and 62 illegal items including drugs were conviscated. 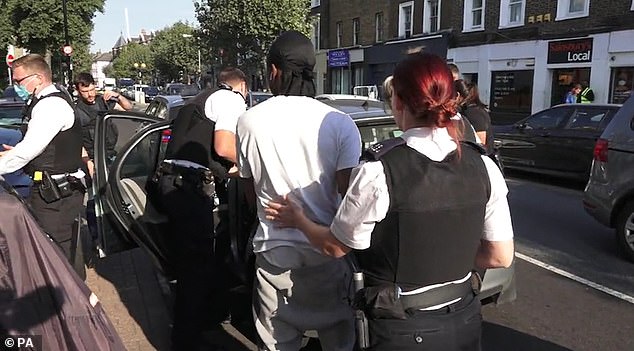 A total of 230 arrests were made and a stash of weapons, including 22 knives, was also seized. Police also conviscated 54 vehicles and 62 illegal items including drugs

Officers from the Metropolitan, Surrey, Kent, Essex, Hertfordshire, Thames Valley, Hampshire, City of London and British Transport Police were all involved in the complex operation.

Chief Inspector Robinson added: ‘Due to the need to safeguard those who have been exploited, we resourced a dedicated phone line of trained officers to give specialist advice to officers to ensure the best care and response possible.

‘Operation Pandilla is part of our effort to target the drivers of violent crime.

‘Drugs are inextricably linked to a high proportion of the violence; therefore we will continue to target those who exploit children to peddle drugs and target the most vulnerable within our communities.

‘We simply can’t do this alone and must work with our partners.

‘Our message to criminals using the road network to transport drugs and illegal assets is clear. We are tirelessly working 24/7 to disrupt you. 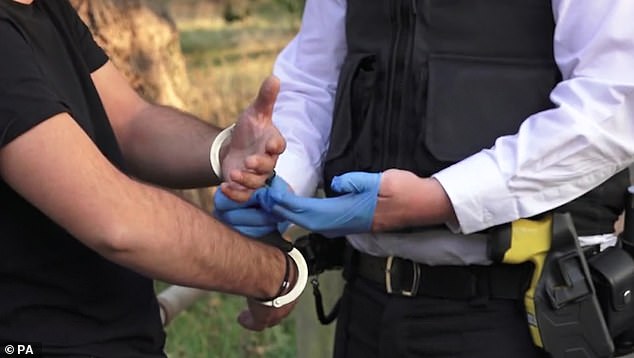 ‘If you are stopped with anything illegal we will arrest you and put you before the courts.

‘We are working stronger together and sharing intelligence across borders to make it as hard as possible for you to run county lines.’

County lines networks are growing alarmingly fast. In 2015, only seven police forces reported knowledge of county lines in their area.