WNBA Commissioner Cathy Engelbert remembers NBA legend Kobe Bryant, his 13-year-old daughter Gigi and the enduring legacy they left on the game and spirit of basketball.

It was a foggy Sunday morning in Southern California when NBA legend Kobe Bryant’s  helicopter crashed into a steep hillside, killing all nine people onboard. As Tuesday marks one year since the Jan. 26 tragedy, friends and family of the beloved Bryant, his 13-year-old daughter Gianna, and seven others in the chopper say the sense of loss remains fresh.

The Sikorsky S-76 went down in Calabasas, Calif., about 30 miles northwest of downtown Los Angeles. Bryant was headed from his Orange County home to his daughter’s tournament at his Mamba Sports Academy in Thousand Oaks. He was survived by three other daughters and his wife, Vanessa.

The group aboard the chopper, including one of his daughter’s coaches and two of her teammates, encountered thick fog in the San Fernando Valley north of Los Angeles.

Ara Zobayan, an experienced pilot who often flew Bryant, climbed the helicopter sharply and had nearly succeeded in breaking through the clouds when the craft took an abrupt left turn and plunged into the grassy, oak-studded hills below. 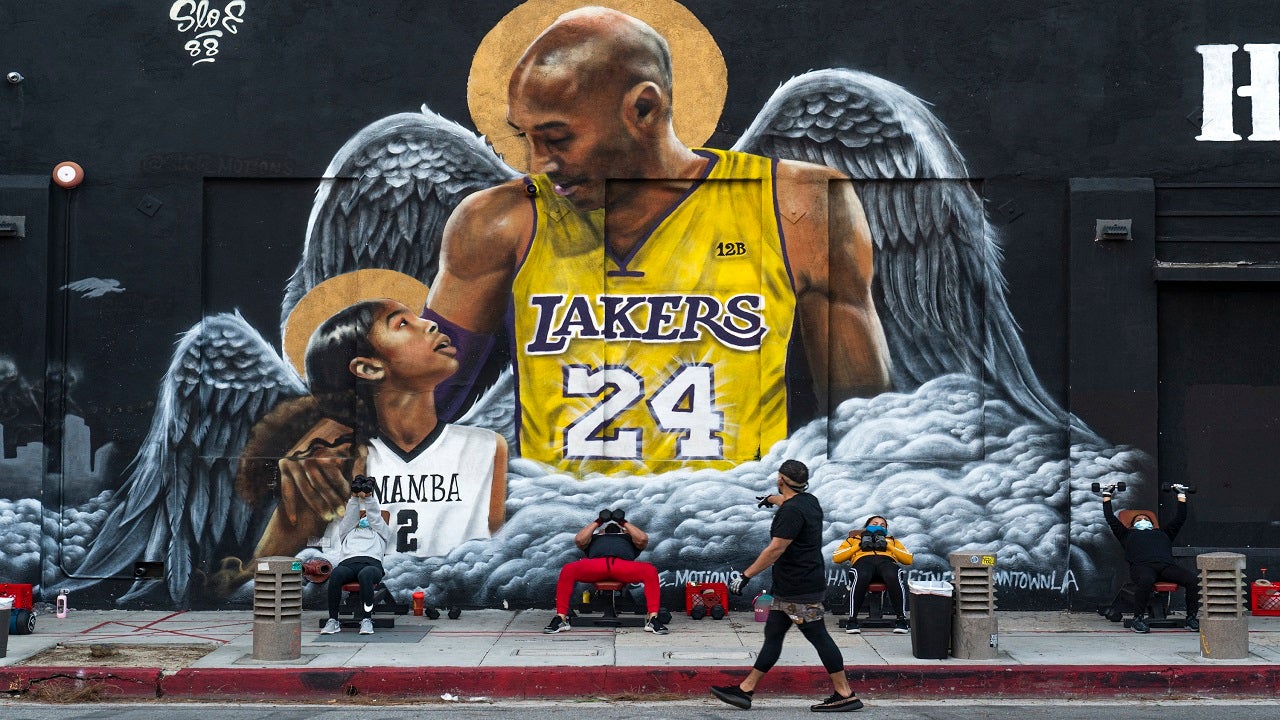 When the chopper struck the ground, it was flying at about 184 mph and descending at a rate of more than 4,000 feet per minute. The impact caused a crater and scattered debris over an area the size of a football field in the Calabasas hills. Flames engulfed the wreckage, but burns on the bodies were determined to have occurred after death.

An autopsy later determined the pilot did not have alcohol or drugs in his system, and all nine sustained immediately fatal injuries when the helicopter slammed into the hillside.

One of the most popular sports figures in Los Angeles and a celebrity around the globe, 41-year-old Bryant was beyond recognition when his body was found outside the wreckage of the chopper; his remains had to be identified by his fingerprints.

The others killed were Orange Coast College baseball coach John Altobelli; his wife, Keri, and their daughter Alyssa; Christina Mauser, who helped Bryant coach his daughter’s basketball team; and Sarah Chester and her daughter Payton. Alyssa and Payton were Gianna’s teammates.

The aircraft did not have a device called the Terrain Awareness and Warning System, which signals when an aircraft is in danger of hitting the ground. While the National Transportation Safety Board has recommended the system be mandatory for helicopters, the Federal Aviation Administration only requires it for air ambulances. Both California’s senators have called for the FAA to mandate the devices in the wake of the tragedy.

The NTSB has not concluded what caused the crash on the outskirts of Los Angeles County but said there was no sign of mechanical failure in the Sikorsky S-76. A public meeting is scheduled for the morning of Feb. 9 “to determine the probable cause” of the crash, the NTSB announced earlier this month. 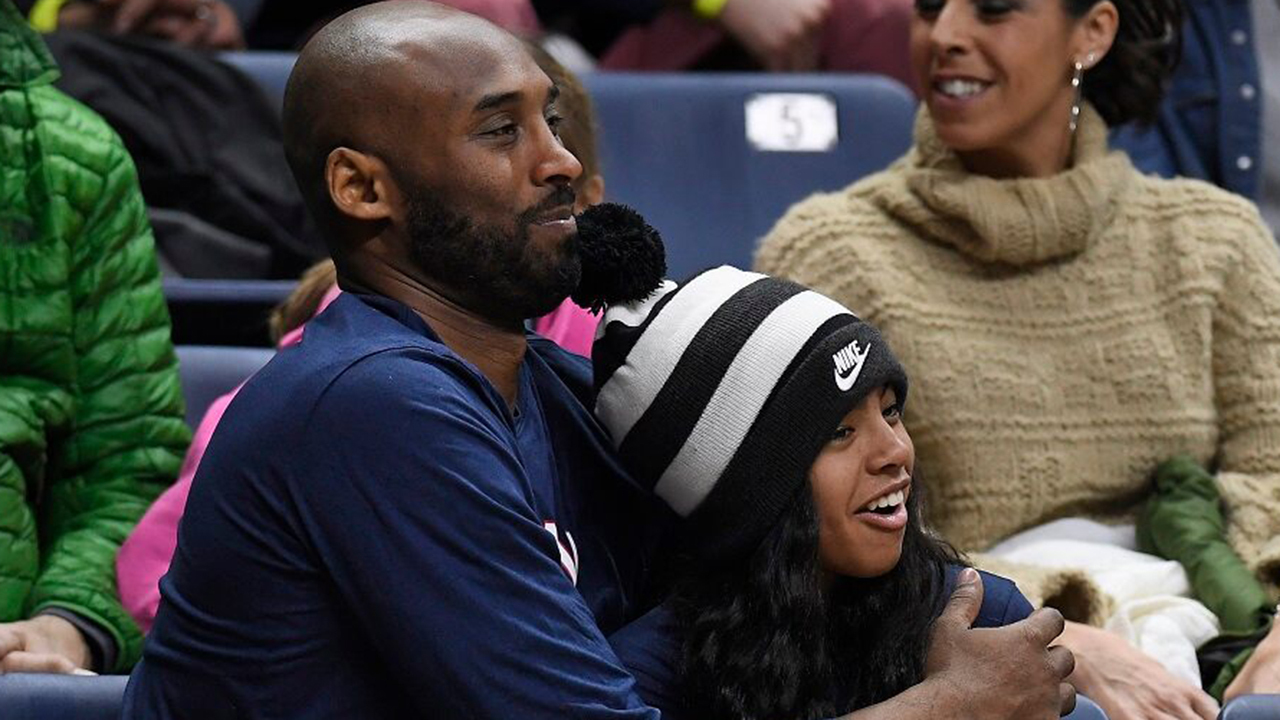 Bryant and his daughter were honored last year at a star-studded public memorial on Feb. 24, 2020 at the Staples Center in downtown Los Angeles, where Bryant spent most of his two-decade career with the Lakers. The date for the memorial – 2/24 –  corresponded with the No. 24 jersey he wore and the No. 2 worn by Gianna. More than  20,000 were in attendance.

One year after the accident, Vanessa Bryant and the families of the other victims whose lives were lost have filed lawsuits in connection with the deaths.

The same day as the February 2020 memorial service, Vanessa Bryant filed a lengthy lawsuit alleging that Zobayan was careless and negligent to fly in the fog and should have aborted the flight.

Zobayan’s brother, Berge Zobayan, has said in a court filing that Bryant knew the risks of helicopter flying and his survivors aren’t entitled to damages from the pilot’s estate. The helicopter company, Island Express, said they are not responsible for damages, calling the crash, among other things, “an act of God” and “an unavoidable accident” that was beyond their control. 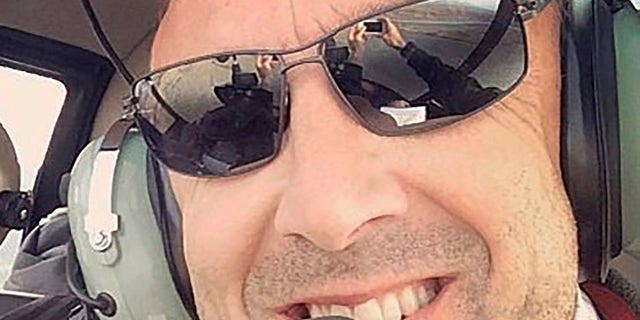 Undated photo of helicopter pilot Ara Zobayan, who was at the controls of the helicopter that crashed in Southern California Sunday, Jan. 26, 2020, killing all nine aboard including former Lakers star Kobe Bryant. (Group 3 Aviation via AP, File)

“Any injuries or damages to plaintiffs and/or their decedent were directly caused in full or in part by the negligence or fault of plaintiffs and/or their decedent, including their knowing and voluntary encounter with the risks involved, and that this negligence was a substantial factor in causing their purported damages, for which this answering defendant bears no responsibility,” Zobayan wrote in his May 2020 court filing.

About four months after the crash, family members of four passengers killed joined Bryant in filing wrongful death lawsuits against the companies that owned and operated the aircraft.

The lawsuits on behalf of the Altobellis and Mauser did not name Zobayan or his representative as a defendant but were filed against Island Express Helicopters, Inc., which operated the Sikorsky, and its owner, Island Express Holding Corp. 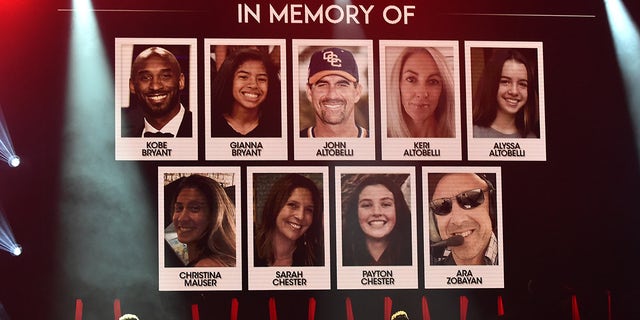 A view of the screen during a tribute to victims of the helicopter crash that killed Kobe Bryant during the BET Super Bowl Gospel Celebration at the James L. Knight Center on Jan. 30, 2020 in Miami, Fla. (Aaron J. Thornton/Getty Images for BET​​)

The suit seeks damages for negligence, invasion of privacy and intentional infliction of emotional distress.

“This lawsuit is about accountability and about preventing this disgraceful behavior from happening to other families in the future who have suffered loss,” Vanessa Bryant’s attorney, Luis Li, said in a statement at the time. “The department formally refused Mrs. Bryant’s requests for information saying it was ‘unable to assist’ with any inquiry and had no legal obligation to do so. It’s now for a court to tell the department what its obligations are.”

Sheriff Alex Villanueva previously told news outlets that eight deputies took or shared graphic photos of the scene and that he ordered the images deleted. The sheriff said the department has a policy against taking and sharing crime scene photos, but it does not apply to accident scenes.

“That was my No. 1 priority, was to make sure those photos no longer exist,” Villanueva previously told NBC News. “We identified the deputies involved, they came to the station on their own and had admitted they had taken them and they had deleted them. And we’re content that those involved did that.”

Vanessa Bryant’s lawsuit alleges the sheriff’s actions constituted a “cover-up” of the misconduct. The suit claims the photos could still exist.

“Mrs. Bryant feels ill at the thought of strangers gawking at images of her deceased husband and child and she lives in fear that she or her children will one day confront horrific images of their loved ones online,” the lawsuit states.

The sheriff’s department called the crash “a devastating day for millions of people across the globe,” according to a USA Today report.

“Our hearts go out to the nine victims’ families and their loved ones as we approach the anniversary of this tragic day,” the department said. 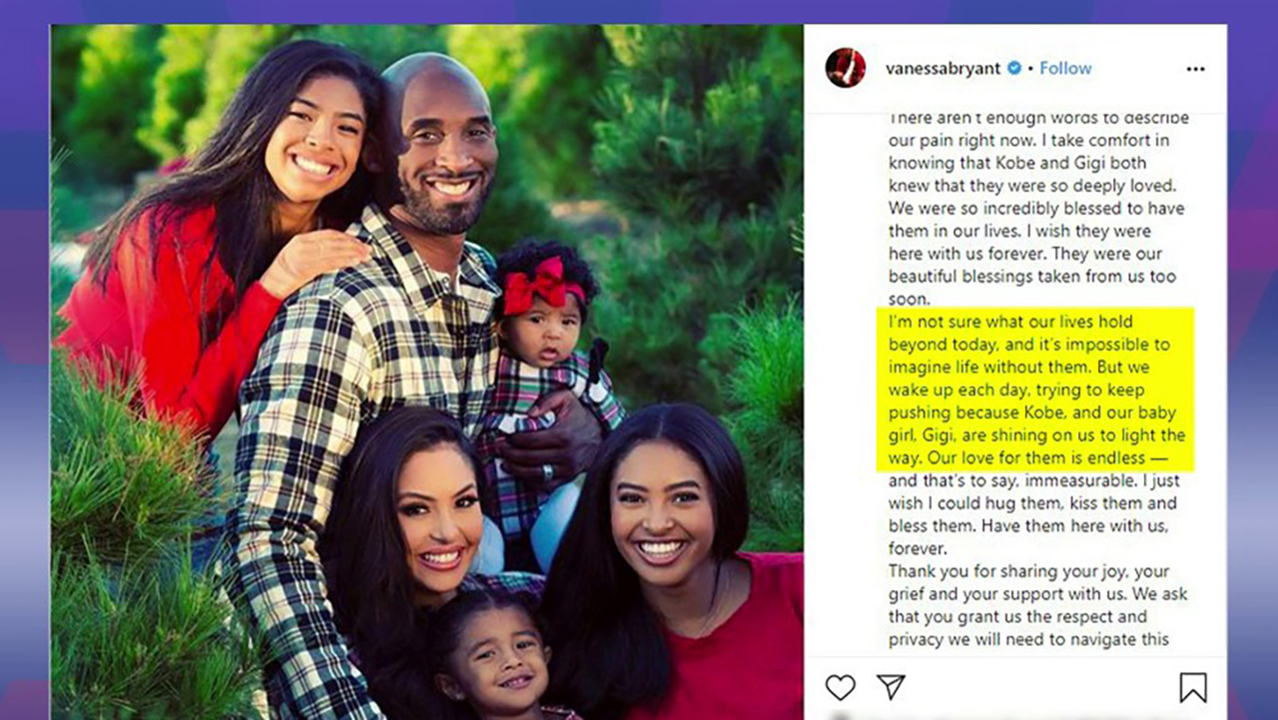 In December 2020, Vanessa Bryant’s mother filed a lawsuit against her daughter claiming she is owed years of pay for working as an unpaid assistant and support promised by the basketball legend.

The 48-page lawsuit filed by Sofia Urbieta Laine, 68, claims Kobe Bryant “promised to take care” of her for life.

“Unfortunately, Kobe Bryant’s promise did not see the light of day as he is now deceased and Vanessa Bryant took each and every step she could to void and cancel all of Kobe’s promises,” the lawsuit claims, asserting that Vanessa Bryant never intended to honor those wishes. 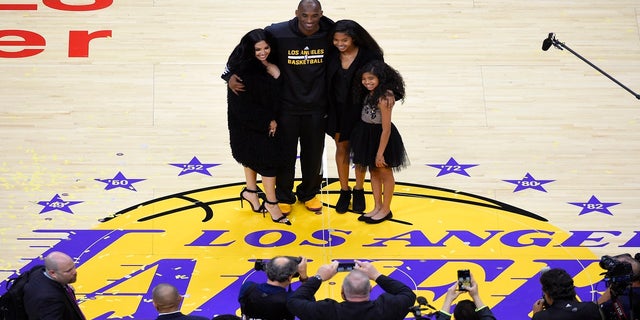 In this April 13, 2016, file photo, Los Angeles Lakers’ Kobe Bryant poses for pictures with his wife Vanessa, left, and daughters Natalia, second from right, and Gianna as they stand on the court after an NBA basketball game against the Utah Jazz, in Los Angeles.
(AP Photo/Mark J. Terrill)

The widow’s statement said she and her husband allowed her mother to live for free in one of their properties on the tony Newport Beach coast but never promised her anything or discouraged her from providing for herself.

“She was a grandmother who was supported by me and her son-in-law at my request,” Vanessa Bryant said. “She now wants to back charge me $96 per hour for supposedly working 12 hours a day for 18 years for watching her grandchildren. In reality, she only occasionally babysat my older girls when they were toddlers.”

Vanessa Bryant said that earlier this year, she began looking for a new home for her mother and that her mother gave a TV interview in which she claimed she was being forced out of her home and to return a luxury car.

“Even after that betrayal, I was willing to provide my mother with monthly support for the rest of her life, and that wasn’t good enough,” Vanessa Bryant said. “She, instead, contacted me through intermediaries ‒ contrary to what she claims, my phone number hasn’t changed ‒ and demanded $5 million, a house and a Mercedes SUV.”