Home » World News » Panthers QB Baker Mayfield may have lost his starting job to P.J. Walker after upset of Bucs

Panthers QB Baker Mayfield may have lost his starting job to P.J. Walker after upset of Bucs

The Carolina Panthers did something wholly unexpected on Sunday: they beat the Tampa Bay Buccaneers 21-3. And that win may cost quarterback Baker Mayfield his job.

Behind P.J. Walker, who was their fourth-string quarterback during training camp, and without Robby Anderson and Christian McCaffrey, who were both traded last week, the Panthers blanked the Bucs for three quarters, allowing just a single fourth-quarter field goal. Meanwhile, the offense managed three touchdowns over the Bucs defense. And they did all that with an interim head coach, Steve Wilks, who has only been on the job for 13 days.

Walker completed 16 of 22 passes for 177 yards and two touchdowns, and upset a Bucs team that, along with Tom Brady, is continuing its long day's journey into night. With Mayfield sidelined with a high ankle sprain for the second week and Sam Darnold only recently designated to return from injured reserve, Walker gave the strong quarterback performance the Panthers desperately needed.

But it may have been too strong to keep Mayfield employed as the starting quarterback. Following the game, Wilks told the media that Walker was so good that changing things would be pretty difficult.

"P.J. had an outstanding performance," Wilks said via the team's official website. "When you look at what he did today — still have to evaluate the tape — it's going to be hard to try to pull him out."

Walker wasn't transcendent on Sunday, but the high praise he received from Wilks shows how bleak things have been at QB for the Panthers. Mayfield was thought to be ready for a bounce-back year, but that was before he'd thrown a competitive pass. Once the season began, Mayfield was dreadful, struggling to execute and looking like the worst version of himself.

For his part, Walker is continuing to think and act like a backup quarterback. He's focused on being ready and prepared to do whatever the coaching staff asks him to do, and isn't thinking at all about the starting job that's within his reach.

"No, I just went out there and played my game, executed what we called, moved the ball down the field efficiently," Walker said via the team website. "That's not my call. My call is to get ready to work Monday. … Whether it's to start, back up, whatever it is, I'll be ready."

The Panthers — possibly with Walker under center again — will face the Atlanta Falcons in Week 8. 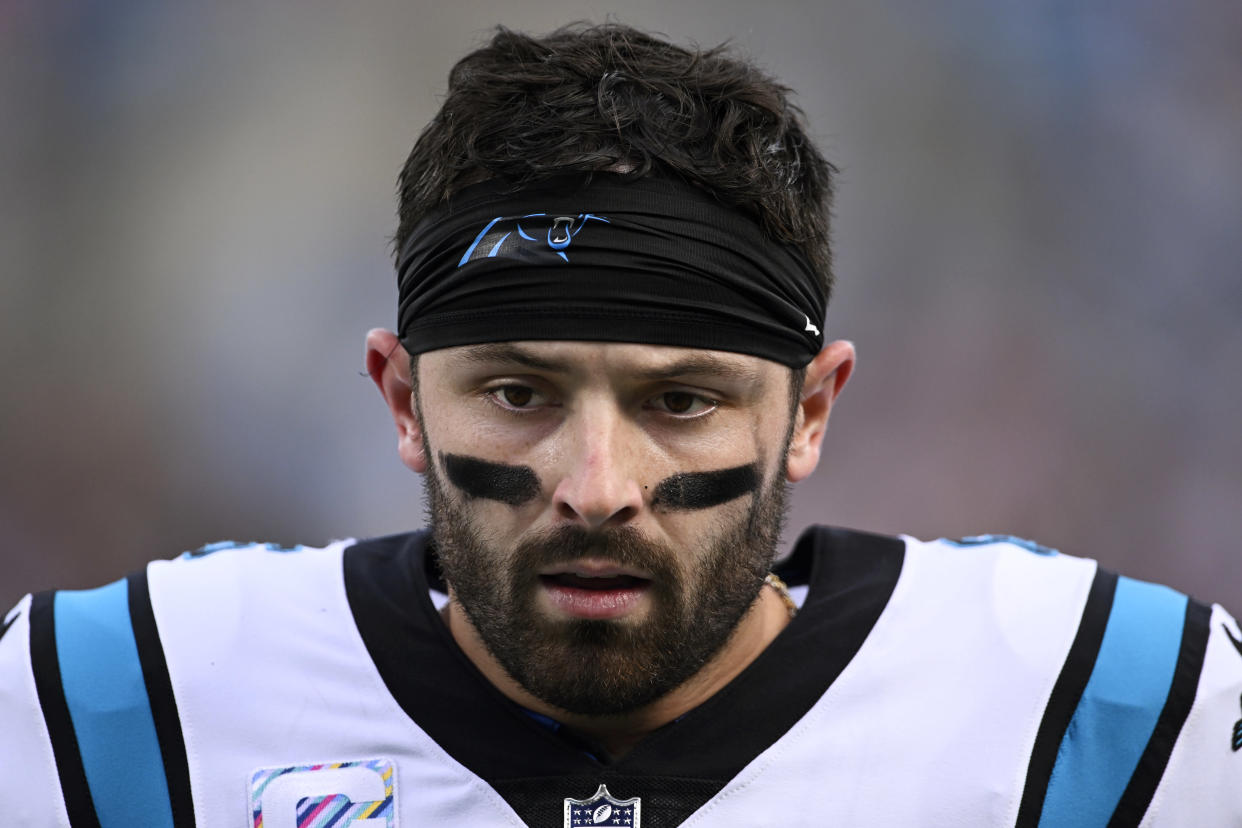