This is the moment a paralyzed deaf-mute teenager tried to rob a jewelry store in Brazil by aiming a fake gun with his feet.

The astonishing incident unfolded Monday afternoon at a shop in Canela, Rio Grande de Sul, when the 19-year-old placed a threatening note on the counter using his feet.

The note from the suspect, who authorities say has cerebral palsy and cannot move his hands, read: ‘Hand over everything. Don’t raise attention.’

A store surveillance camera captured the disabled teen in his wheelchair before he aimed a plastic toy gun wedged between his bare feet at the counter.

A person, who appeared to be a customer, walked away while the employee confronted the teenager, whose name has not been released by authorities. 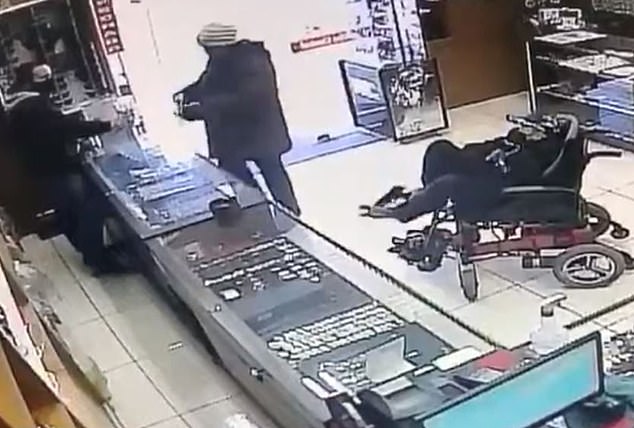 Police in Canela, a city in the southern Brazilian state of Rio Grande de Sul, arrested a 19-year-old man (right) Monday after he attempted to rob a jewelry store 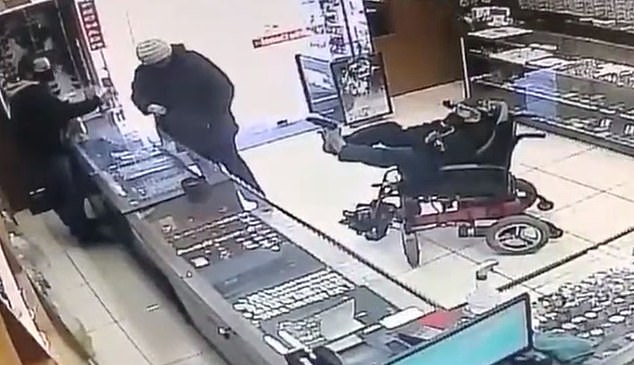 The teen (right), who suffers from cerebral palsy, used his bare feet to point a fake gun at the store employee (left) 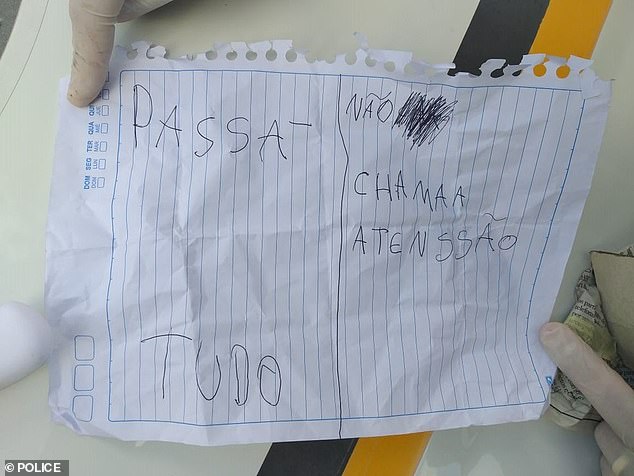 The teen used his feet to place a note on the counter. The Portuguese written note said: ‘Hands off everything. Don’t raise attention’

The jewelry shop employee said the paralyzed teenager had been in the store for about 10 minutes and that he initially thought he was begging.

A customer had already given the teenager money and the store clerk said he felt sympathy towards him before he was given the robbery note. 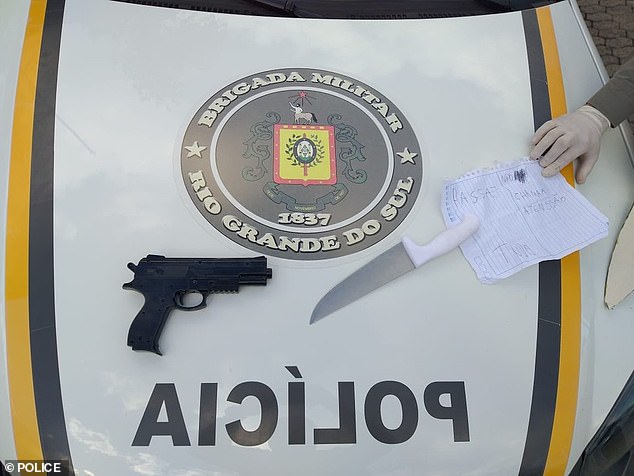 The fake plastic gun, knife and note that the wheelchair-bound teenager was in possession of when he tried to rob a jewelry store in Brazil on Monday are pictured above 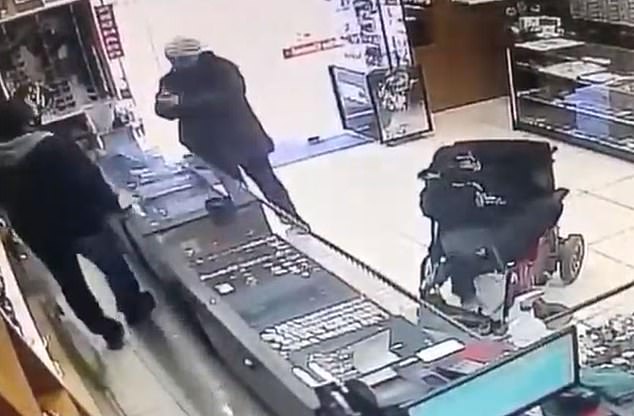 ‘Then he pulled the gun out with his feet. That pistol looked real,’ the worker said, according to Brazilian news outlet Metropoles.

The police arrived and arrested the teenager, who was also in possession of a knife.

A family member was allowed to assist officers questioning the teen at the precinct because of his disability, before he was later released from custody.

‘It must be considered that, given the elements initially brought to the police station, it would possibly be an impossible crime to be consummated, especially if you considered the physical condition of the [person being] investigated, also due to the unlikelihood of escape,’ Medeiros said.