On-duty police officer who ‘stole’ £9.95 box of Krispy Kreme donuts at Tesco self-service checkout fights to keep his job as he claims it was an ‘honest mistake’

An on-duty policeman who tried to buy a £9.95 box of Krispy Kreme donuts for 7p by sticking a barcode for carrots on them today fought to keep his job by claiming it was an honest mistake.

PC Simon Read, 37, told a misconduct hearing that he did not realise he scanned the carrot barcode twice at the self-service tills at a Tesco Extra in Wisbech, Cambridgeshire, on February 10 this year.

He accepted that he failed to scan the barcode for the box of 12 donuts while purchasing four items at around 11.30am – the donuts, carrots, a sandwich and a drink – but said this was a mistake and he was not paying attention.

He also denied realising he was only paying around £4 for the items as opposed to the full price of just over £14.

Asked if he intended to steal the donuts, PC Read told the hearing in Peterborough: ‘Absolutely not, and I’m horrified we’re in this situation here today.’ 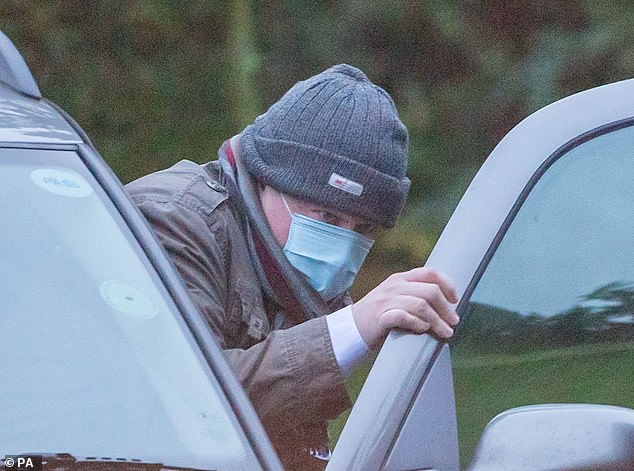 PC Simon Read, 37, told a misconduct hearing that he did not realise he scanned the carrot barcode twice at the self-service tills at a Tesco Extra in Wisbech, Cambridgeshire. He is seen today leaving his home

PC Read is accused of breaching two professional standards, of discreditable conduct, and of honesty and integrity.

The Cambridgeshire Police officer, who joined the force in January of this year, said he was buying the sweet treats for colleagues as a ‘cake fine’.

He said people could be given a cake fine if they were having a bad day, or if they were joining or leaving a department.

The panel was shown CCTV footage of PC Read’s movements in the Tesco store that day, from when he entered the store shortly before 11.30am.

He was seen selecting a box of a dozen Krispy Kreme doughnuts, before walking round to the fruit and veg section, selecting two carrots, and placing them in a small, white Krispy Kreme bag.

PC Read then printed out a barcode sticker for the carrots, which he held in his right hand.

He then moved out of camera-shot to the sandwiches and Meal Deal section of the store, where he selected a sandwich and a drink.

At some point whilst off camera, PC Read placed the carrot barcode sticker on to the box of Krispy Kreme doughnuts, which he said was to free up his right hand in order to pick out a sandwich and drink.

He told the panel that the carrots were purchased for one of his colleagues at Wisbech police station, as part of a running joke between the two of them.

He said: “I had placed the carrots in the Krispy Kreme bag to disguise the fact that the contents of the bag were part of a joke.

“In the same way, I did not wish to place the sticker on to the bag and effectively signpost what was inside, and therefore give the gag away.”

After selecting all of his items, PC Read approached the self-service tills at 11.30am, and began to scan what he was carrying.

CCTV footage shows him scanning the carrot barcode – affixed to the side of the Krispy Kreme box – first, and placing the bag of carrots in the bagging area.

He then scanned the sandwich and the drink, before appearing to finally attempt to scan the box of doughnuts again, to pay for the twelve sweet treats. 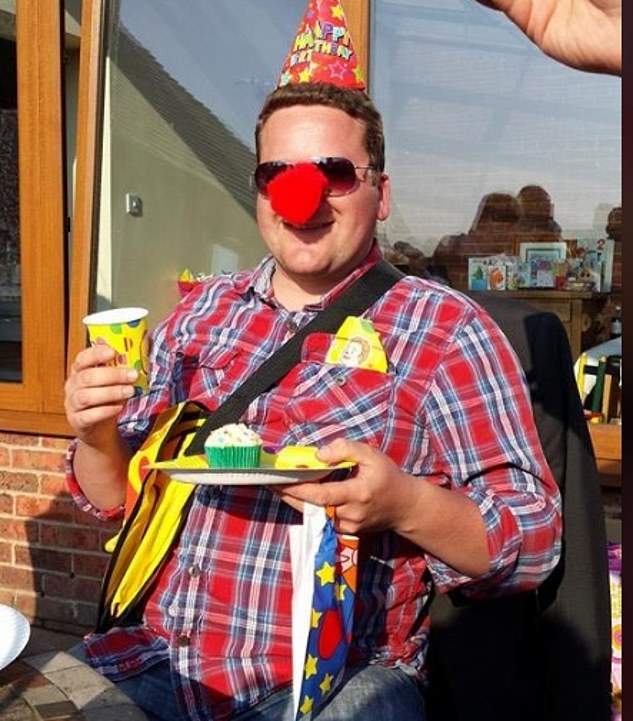 But CCTV shows him placing the box down on the metal till and reaching inside his left pocket, where he keeps his mobile phone, he said.

PC Read said: “I cannot recall why I did that. I can only suggest that I had felt it vibrating, and I wanted to check whether it was a call, or whether it was a text I could look at later.”

He then placed the box of doughnuts into the bagging area, and proceeded to the payment stage of his shopping.

He said: “I didn’t check the screen to see if the doughnuts had scanned through.

“I wish I had done now. I wish I had paid more attention to what was otherwise an ordinary experience – going into the shop, scanning the items, and then paying.”

PC Read said he felt ’embarrassed’ by what happened, adding: ‘This has been a very long and lengthy nine months, not being at work when I should be.’

He said he took a receipt but did not look at it, adding: ‘I had no cause to.’

Opening the hearing, barrister Mark Ley-Morgan said that PC Read accepted all the other alleged facts set out relating to his actions in the Tesco Extra store that day.

He said: ‘The only issue of fact is the officer’s state of mind.

Mr Ley-Morgan, putting the misconduct case, said: ‘He’s maintained from the outset this is all a horrible mistake, of him failing to pay attention while scanning his items. We say this is very unlikely to be the truth.’

He continued: ‘He would have had to be standing there with his eyes closed not to see what was happening on the screen in front of him.

‘Do you do that without looking at the screen?’ 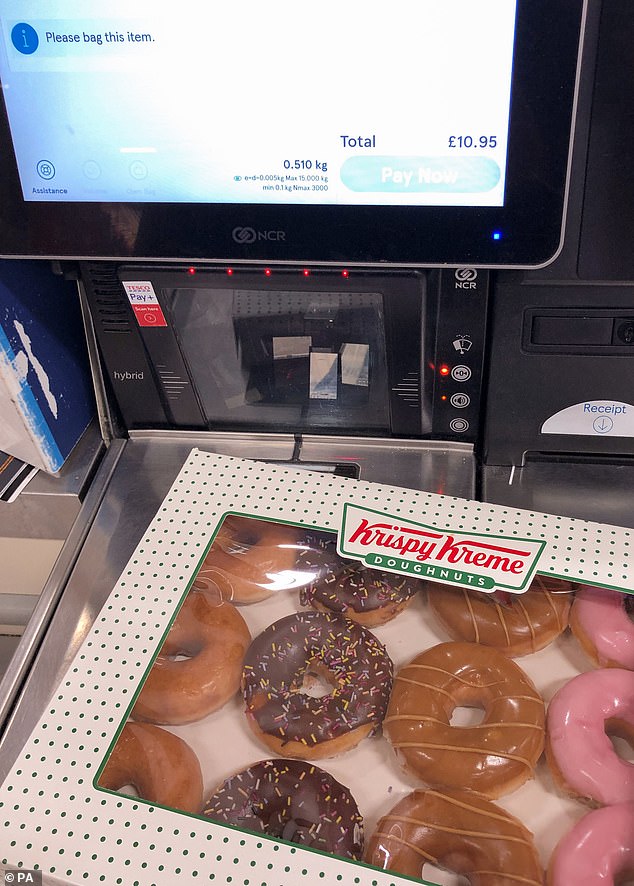 He went on: ‘It beggars belief that he wouldn’t at some point have seen he was being charged just over £4, knowing some moments before he picked up an item that cost a tenner.’

PC Read also said he did not pay attention to the total amount on the screen – which only ended up reading just over £4, as opposed to just over £14.

He said: ‘I did not feel I needed to check the price, as I was subconsciously aware of the fact that the transaction was going to be within the contactless payment limit.

‘I am not suggesting the price was not on the screen. I simply didn’t look, as I was following the instructions on how to pay.’

PC Read added that a receipt automatically printed after he had paid, and he took it with him – but believes he binned it on his way out of the shop, or shortly afterwards.

He said: ‘I did not have any cause to look at the receipt prior to throwing it away.

‘I then returned to Wisbech police station, took the carrots to the sergeant’s office, and handed the bag of carrots over.

‘We had a laugh about it, he said some choice words, and I left his office, all smiles and laughter.’

PC Read joined Thames Valley Police in 2008 and was based in Reading.

He served with the Royal Signals for five-and-a-half years before joining Cambridgeshire Police.