Pedestrian, 44, is killed by hit-and-run driver during police chase

Pictured: Pedestrian who was killed by hit-and-run driver during police chase in horror smash that sent his body flying into nearby garden

This is the first picture of a pedestrian who was instantly killed and his body thrown into a nearby garden after being struck by a car as the driver attempted to flee police.

The motorist crashed into Andrew Kitson, 44, from Wakefield, as he was chased by two police cars through the West Yorkshire city yesterday afternoon.

The collision, which took place around 5.30pm, threw Mr Kitson into a nearby garden where he died instantly.

Keen motorcyclist and ‘loving husband’ Mr Kitson was walking to the Co-op and was about 400 yards from home when he was struck by the car.

Today, a family friend of Mr Kitson said: ‘Jess (his wife) is heartbroken. They were so much in love and did everything together. 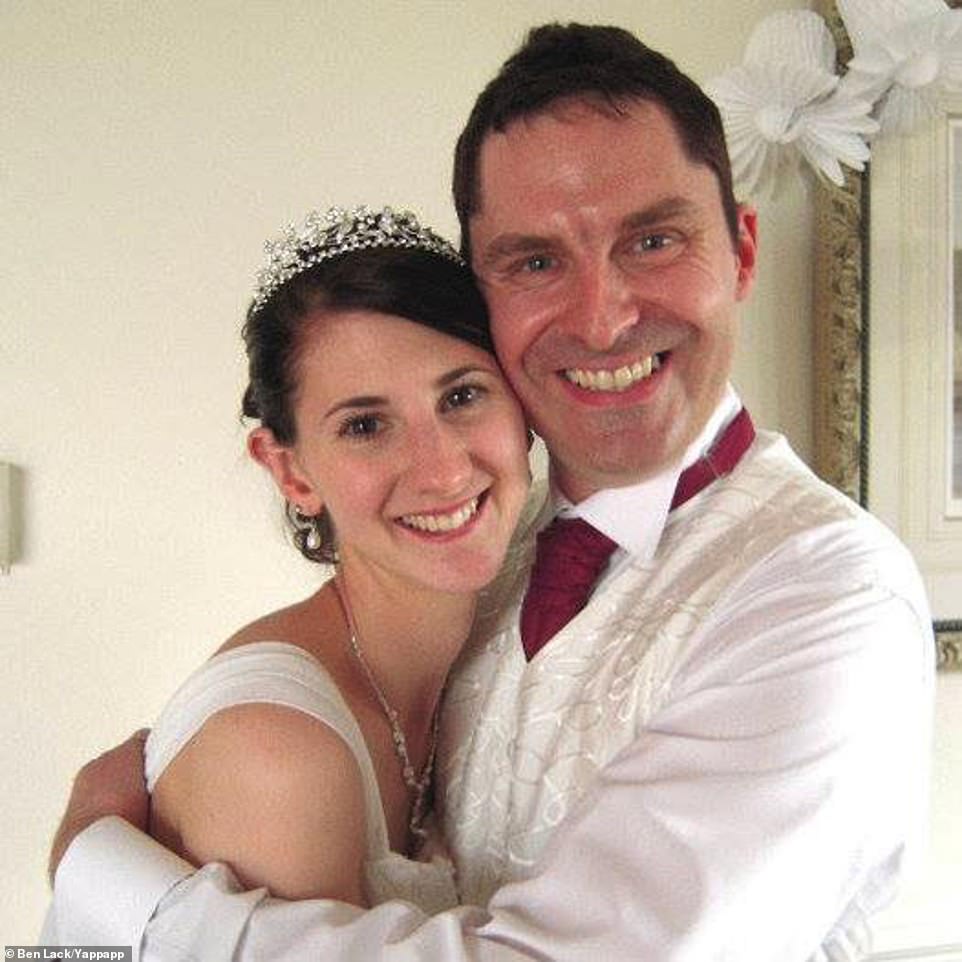 Andrew Kitson (pictured with his wife Jess), from Wakefield, who was killed in a crash yesterday when a car being chased by police struck him 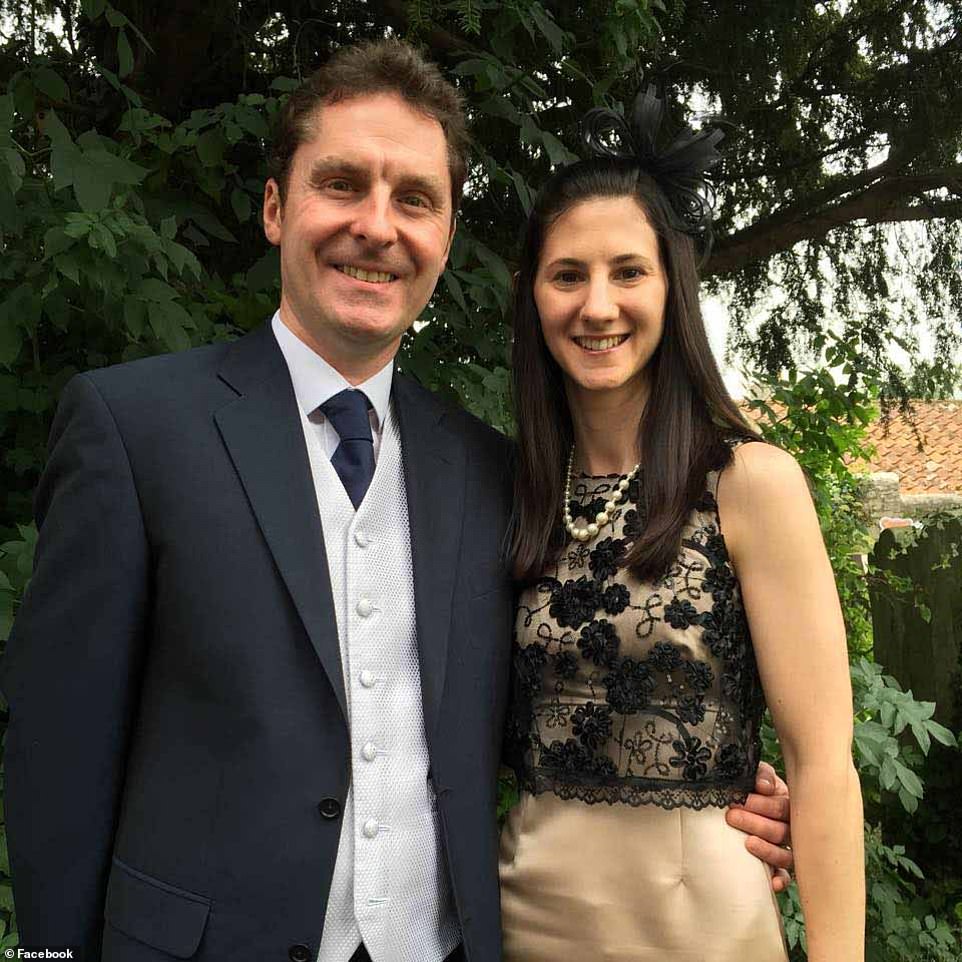 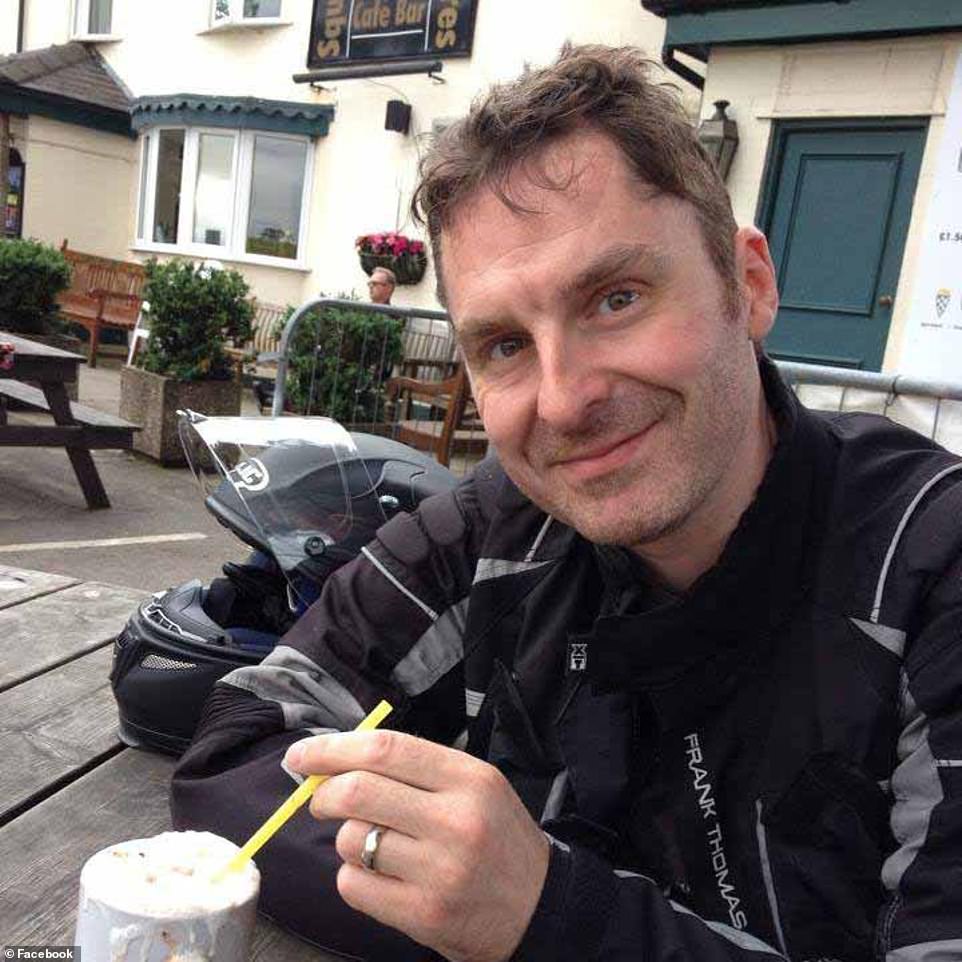 Mr Kitson has been described by a family friend as a ‘loving husband’ and, along with his wife Jess, is said to have enjoyed holidays abroad 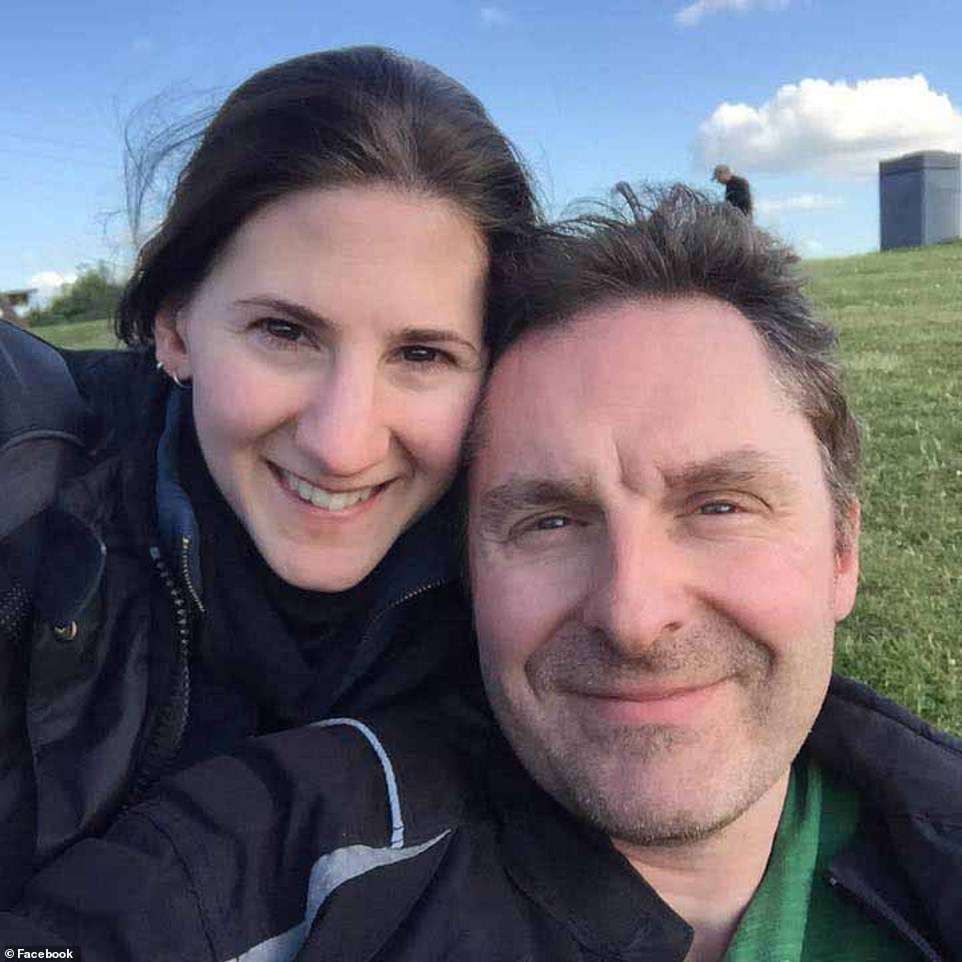 The family friend said the travel loving couple had holidayed in Spain, Italy and New York in recent years

‘They loved their motorbike and loved their holidays abroad. Andrew was a loving husband.’

The couple had holidayed in Spain, Italy, and New York in recent years.

A 22-year-old man was arrested on suspicion of dangerous driving, and was allegedly unaware that he had hit the victim until after he had got out of the car.

Dramatic photographs showed debris littered across the road next to a blue tent that had been erected – and a man being taken away from the scene by three officers. 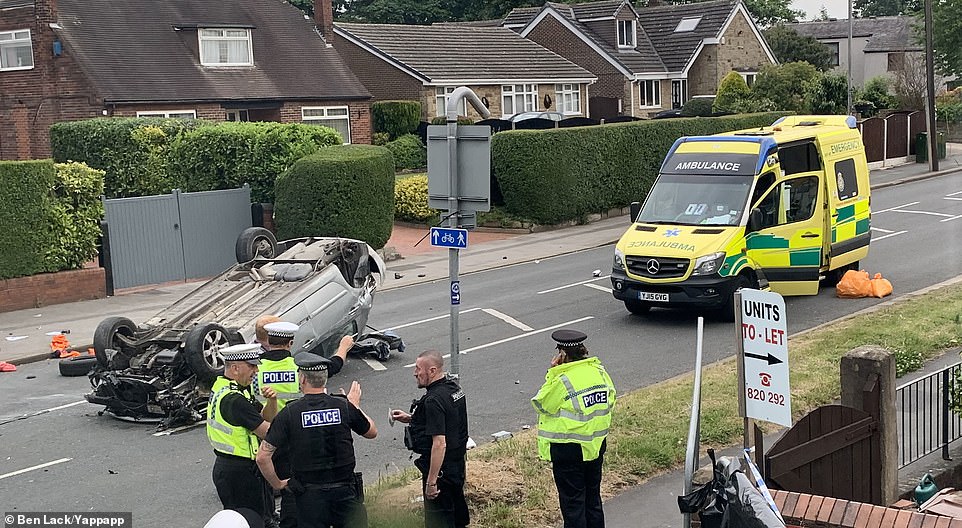 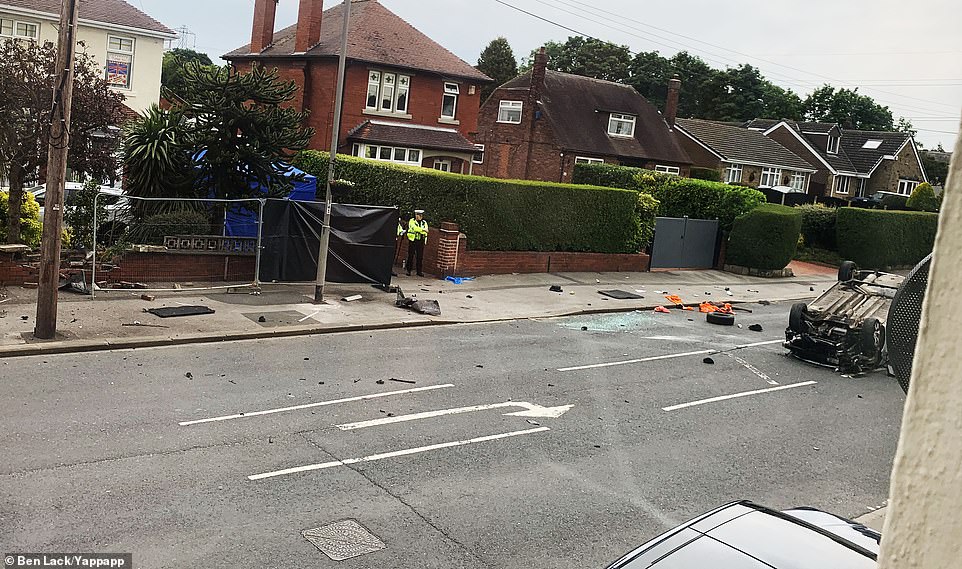 A blue tent is pictured in front of a house, closed to where the car flipped over yesterday

It is also believed that the arrested man, who only suffered minor injuries, had been banned from driving before the incident.

Police initially signalled for the Peugeot to stop in East Ardsley near the M1 at 5.18pm yesterday, but it drove off and was pursued by officers for about four miles.

Eye witnesses Caroline Lewis, 30, and friend Simon Lister, 33, were sitting on a bus as the car tore past and said it  was being pursued by two police cars

Mr Lister said: ‘He nearly killed a woman who was crossing on foot who had to jump out the way.

‘Then he overtook a car behind us. At this point, the bus driver heard the sirens and pulled over and the car shot past us.’

The crash then happened at about 5.30pm in the Lofthouse Gate area of Wakefield, with the victim being hit at such a pace that he was launched into a garden.

However, neither the driver nor the police realised he had been struck down until a neighbour revealed that there was a dead body in her garden. 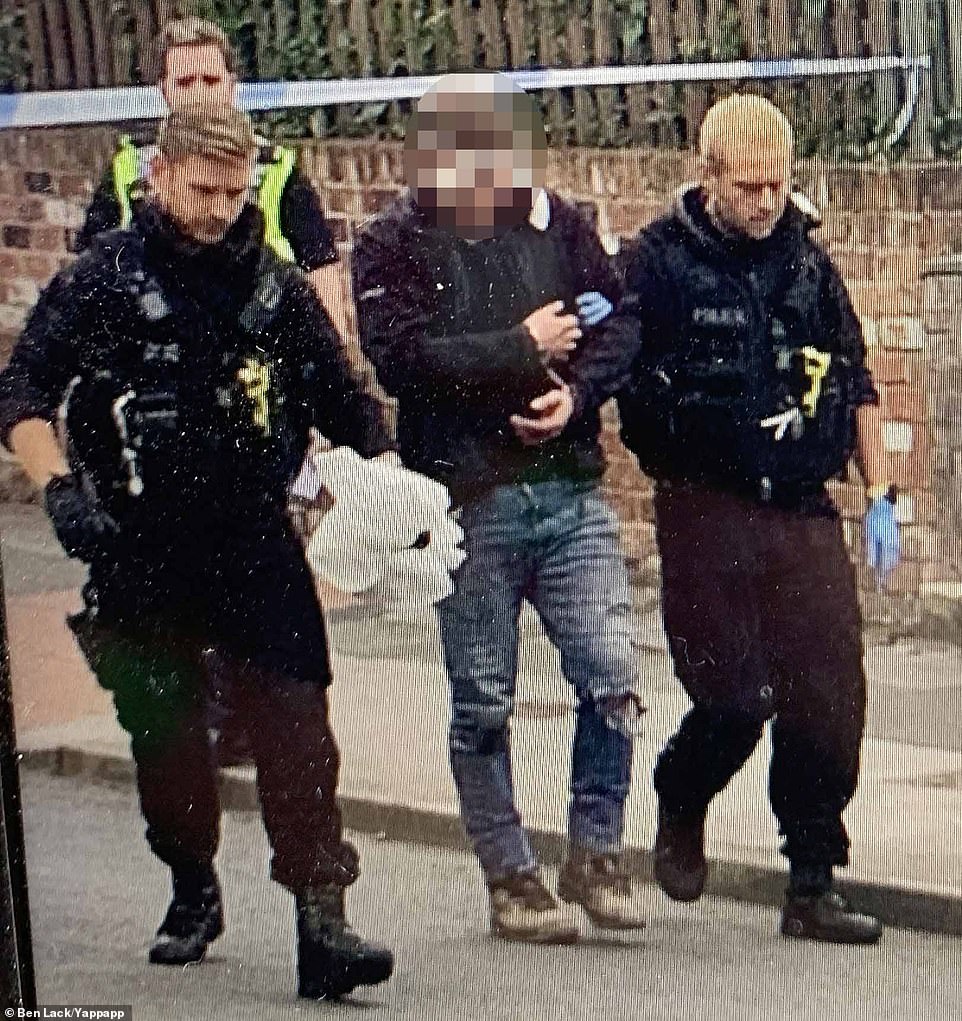 The car had flipped over with the roof of the vehicle reduced to scraps. Locals who witnessed the incident estimated the car was going at 80mph before the crash.

One woman, who saw the aftermath, said: ‘All I heard was this screech of brakes and a woman yelling from her bedroom window “There’s someone in the garden”.

‘There were bricks all over the place – flying in the air and landing in the road. I could not believe it.’

A woman, who is understood to be the victim’s mother, arrived at the scene shortly afterwards and said that the man had just nipped out to do some shopping.

An air ambulance was sent to the scene but it was not required. The incident is currently being investigated by the Independent Office for Police Conduct.

Police in West Yorkshire have been involved in a purge to reduce the amount of anti-social driving that has affected many local communities since lockdown began. 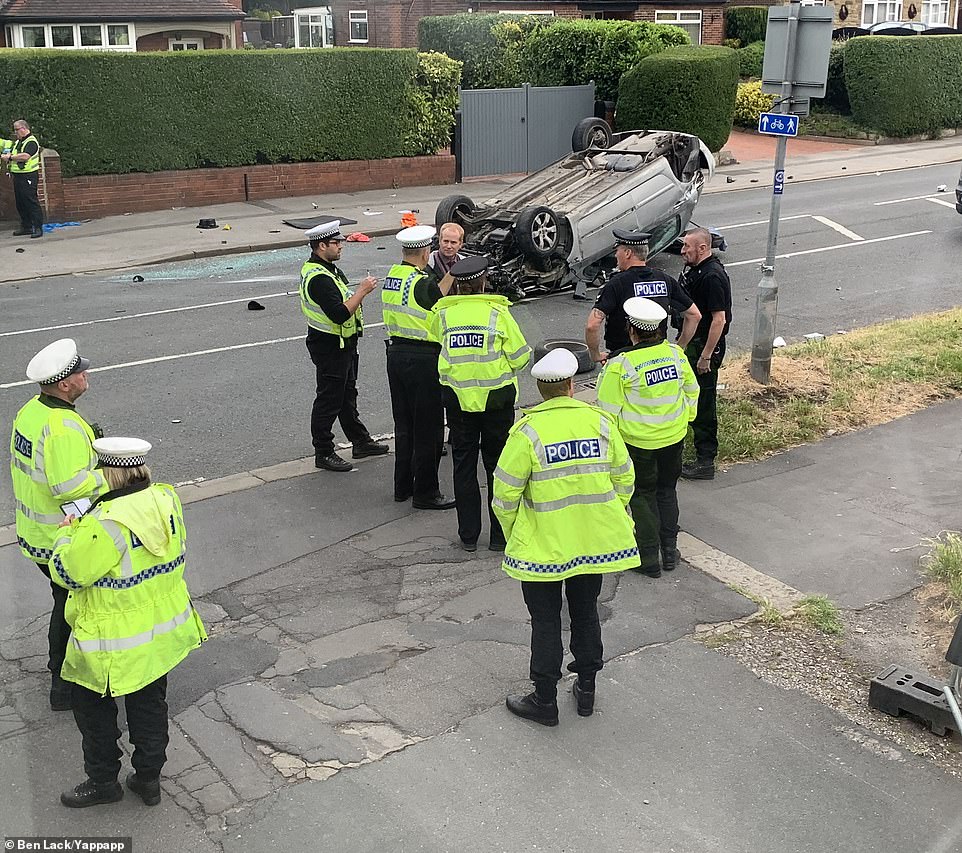 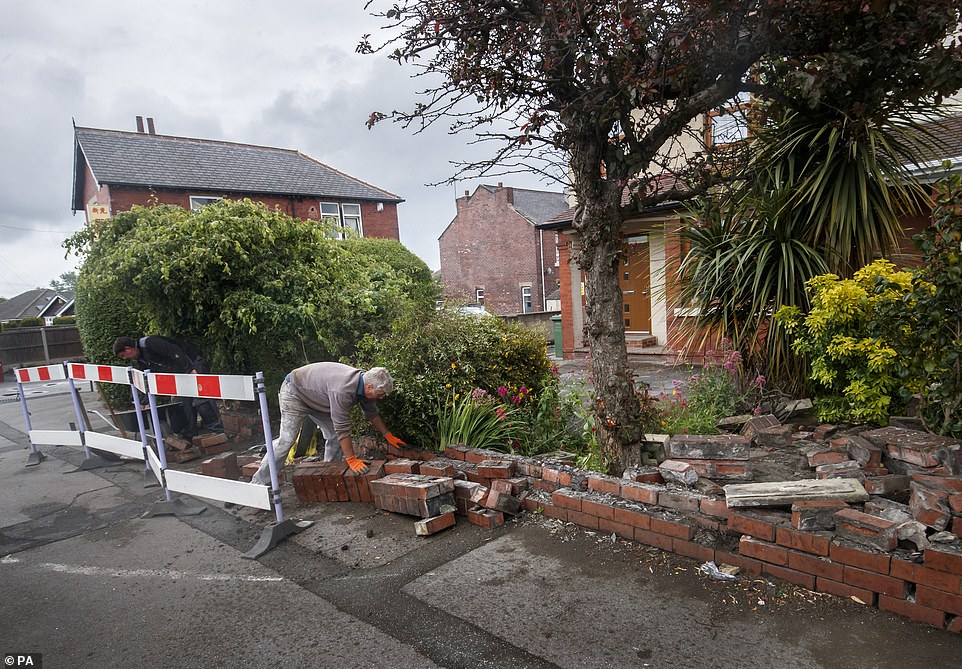 A person is pictured beginning to clear up the damage to a wall at the scene of the crash in Leeds Road, Outwood. 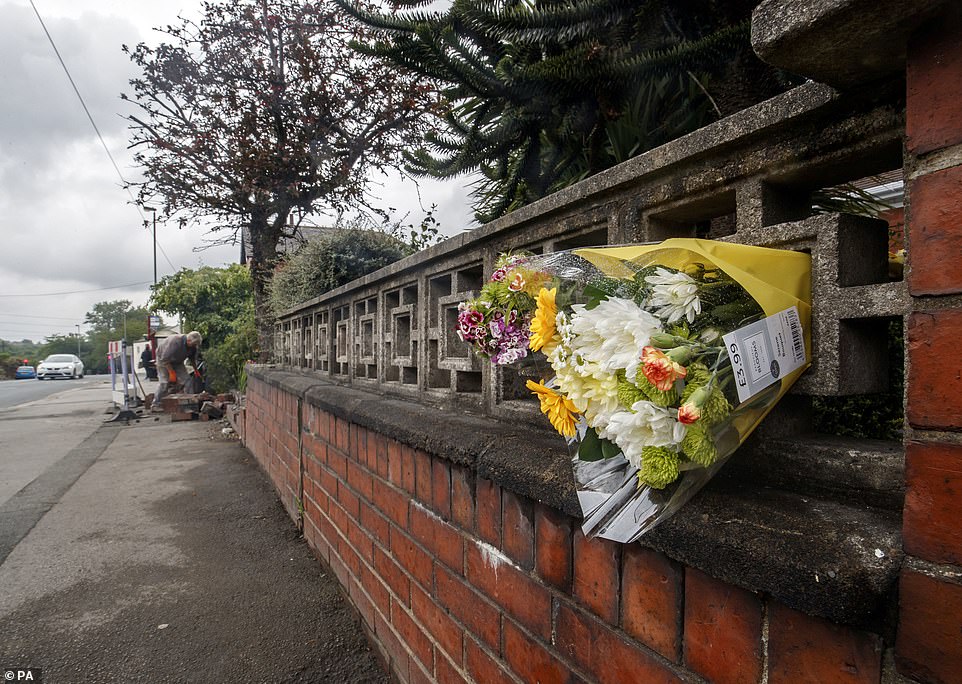 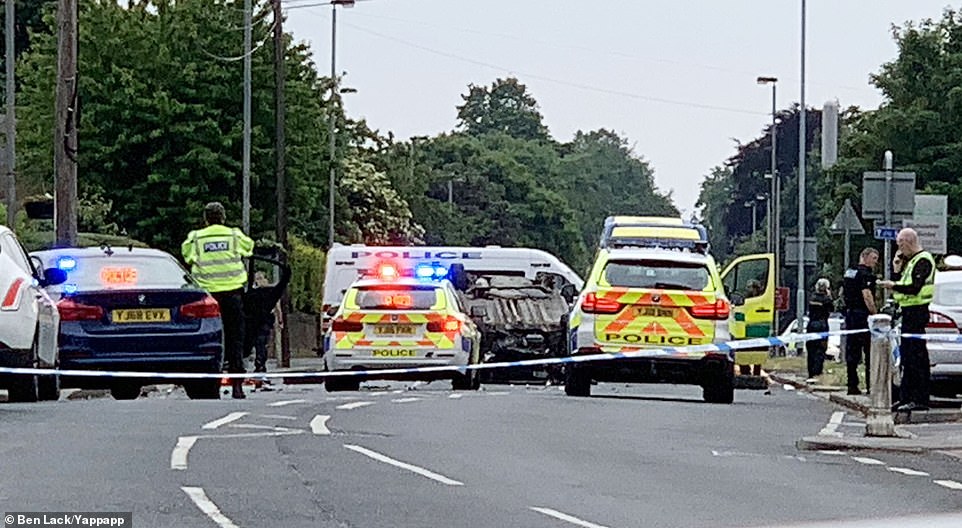 A West Yorkshire Police spokesman said: ‘At 5:18pm police officers in a marked roads policing vehicle signalled for a Peugeot 307 to stop in East Ardsley.

‘The vehicle failed to stop and a pursuit began. A short time later the Peugeot and a male pedestrian on Leeds Road, Outwood were in collision.

‘The male pedestrian died as a result at the scene. The driver of the vehicle suffered what are believed to be minor injuries.

‘A 22-year-old man has been arrested on suspicion of causing death by dangerous driving. Enquiries into the incident remain ongoing.’

Anyone who witnessed the incident is asked to call 101, quoting log 1253 of June 9